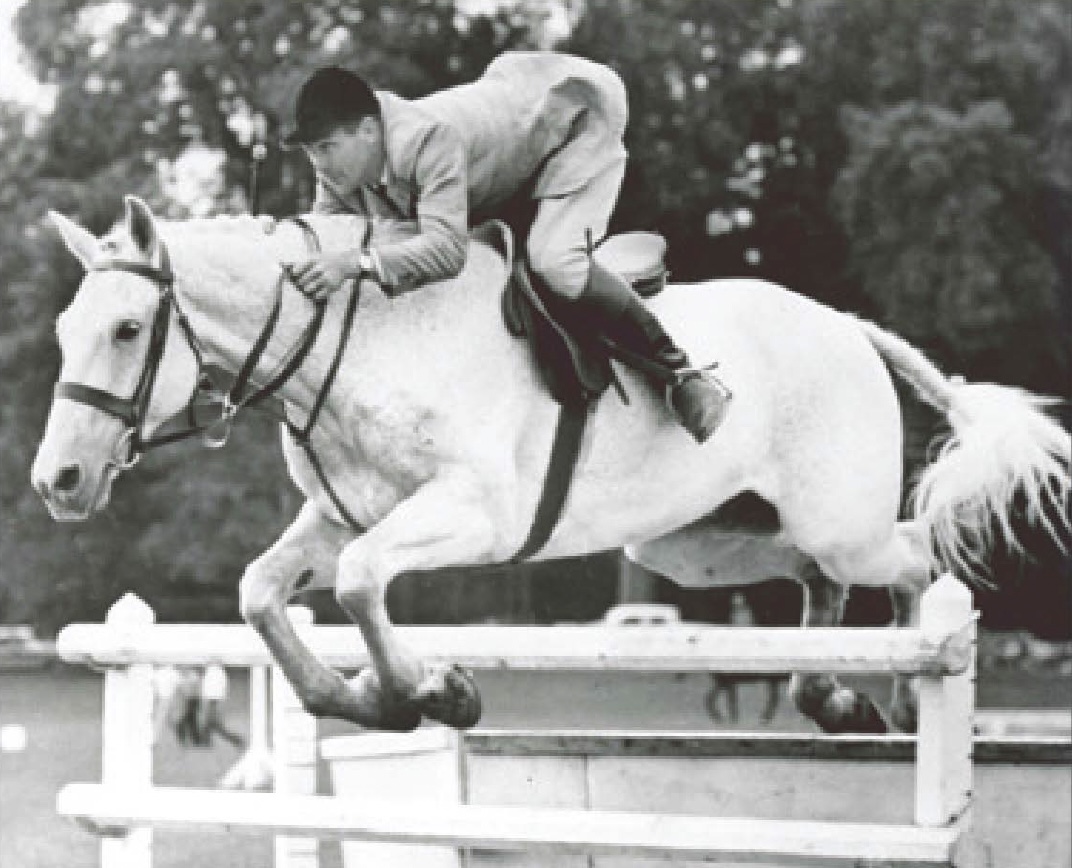 Snowman was one of the best-known and best-loved jumpers of the 1950s and ‘6os, his popularity reaching far beyond equestrian circles.

He appeared on television, flew abroad for “guest appearances,” and was the subject of two books and countless articles. Snowman even had his own official fan club.

The “Cinderella story” began in 1956. Harry deLeyer bought Snowman for $80 from a truck bound for the dogfood factory, when something about the look in the eye of the grey ex-plow horse caught his attention.

Snowman’s placid disposition made him a favorite of beginning riders, but deLeyer, recognizing his talent, trained him as a jumper. Soon, Snowman was making horse show history. He was champion at The National Horse Show in 1958 and won the stake there in 1959. He was the American Horse Shows Association Horse of the Year in 1958 and 1959, and he won the Professional Horsemen’s Association Championship both years as well.

Snowman continued his amazing career for five more years. His popularity stemmed as much from his personality as from his achievements and his rags-to-riches story. So calm that a child could ride him, he once won a leadline class and an open jumper championship on the same day at the Smithtown Horse Show. As pictured in Life magazine, he willingly jumped over other horses, and allowed as many as eight youngsters to dive from his back into Long Island Sound.

On one occasion when he appeared on a TV program, the host, Johnny Carson, climbed up onto his back from a step stool; that night, Snowman won the stake at The National Horse Show.

Snowman remained a member of the deLeyer family for the rest of his life. Retired to deLeyer’s Hollandia Farm on Long Island, he lived to the age of twenty.