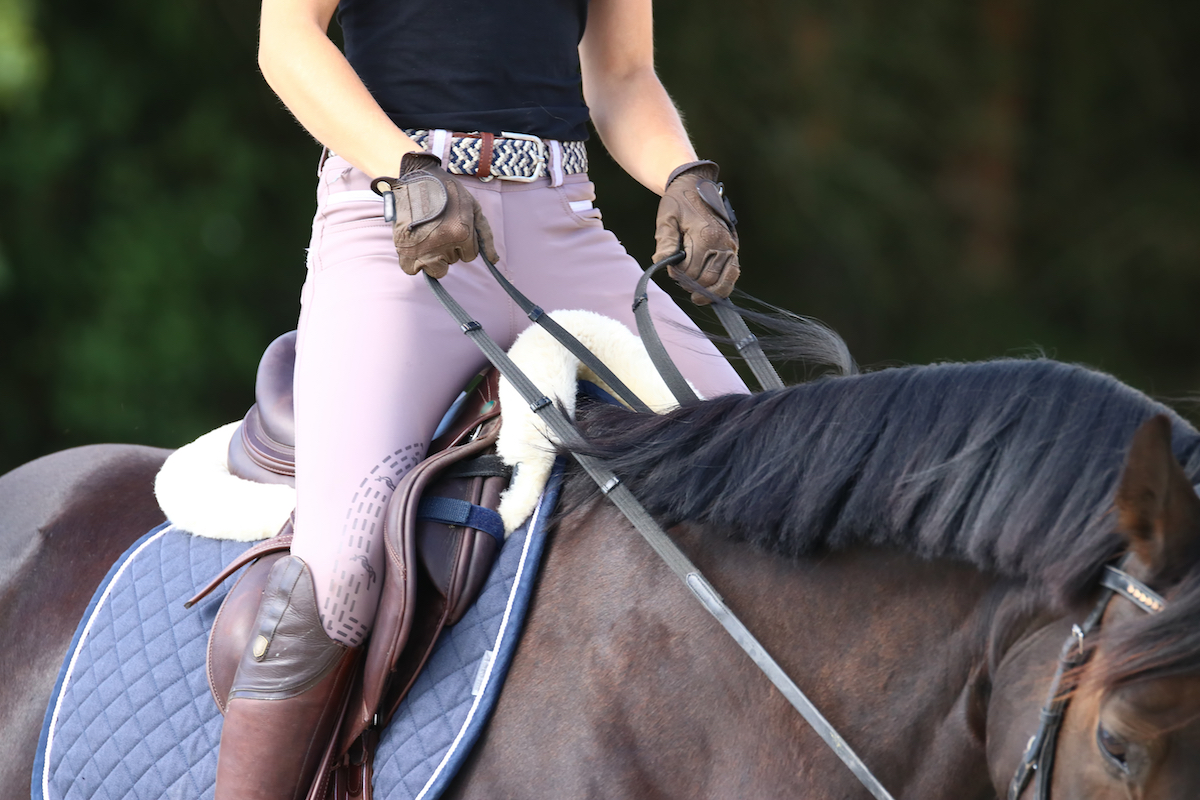 I must admit I had never found the word post remotely interesting until I decided to figure out why we call it a posting trot. Turns out, the word post has about 1,200 meanings, and we use and know most of them.

What you won’t find in your dictionary, because the word is French, is postillion. Thankfully, we have the internet, and it is this word that likely gives us the back-saving posting trot.

The short answer—and the reason you are here

Obviously, as with all things related to horses, we have to go back a few hundred years to find the answer. In the 18th century when the mucky-mucks of the old world wanted to quickly get from one place to another they hired a post-chaise. Today, we would call it a limo or a town car.

A post-chaise didn’t use coachman to control the horses pulling the carriage, but instead postillions. The reasoning for this was two-fold. One, coachmen, with their broad backs and flapping jackets would undoubtedly block the view for the socialites being whisked along. Two, the coachman would be seated near enough to those in the carriage that a conversation might ensue, and we certainly couldn’t have that.

To control the horses while simultaneously preventing any clashes between classes, a postillion rode the lead left-hand horse of a pair, which kept them well out of the way.

It is believed that the postillions, also known as post-boys, figured out that rising and sitting with the rhythm of the horse made life more pleasant for both parties, and every 10 minutes or so the post-boys would change their diagonal. Posting the trot allowed both horse and rider to travel a further distance before requiring a break.

This form of travel was known as travelling by post, travelling post or posting. Post-boys and probably now post-girls (or maybe they’re called post-people?) are still used today when you see Queen Elizabeth getting taken about in a horse-drawn carriage.

How many times can I use the word post in one paragraph?

Every 10-15 miles the post-boys would stop at a posting station or post-house to switch out the post-horses that pulled the post-chaise. These stations, which were often inns or hotels, were run by postmasters, and these postmasters kept 30 to 40 pairs of horses (that is 60–80 horses for those that can’t math) to hire out, as well as fresh post-boys, so the mucky-mucks could get where they wanted to go posthaste.

Stage and mail coach were the alternative travel options for those unable to afford a post-chaise. This would be akin to taking a bus, that had set stops along the way to drop off/pick up other people and…the post or mail as we tend to call it. They too switched out tiring horses and all that stopping made one’s journey slow and arduous.

Of course, once the railway came along all the above disappeared.

A few more interesting things while I was down the rabbit hole.

The archaic meaning of post is to hurry or travel with speed. Such as posthaste.

Chaise is French for chair. Such as a chaise lounge.

Which means those of high social standing were carried about on a fast chair. Doesn’t sound as regal, I admit.

Post-chaises were generally painted yellow because ochre was the most cost-effective pigment in which to paint the many post-chaises that were around at the time. This is possibly why many taxicabs are yellow.

I could carry on for ages about the word post but feel I may lose my audience, if I haven’t done so already.

So, to all those postillions from centuries ago, I say thank you for bringing us the posting trot. Can you imagine getting on your horse and going straight into a sitting trot? That’s a hard no from me.