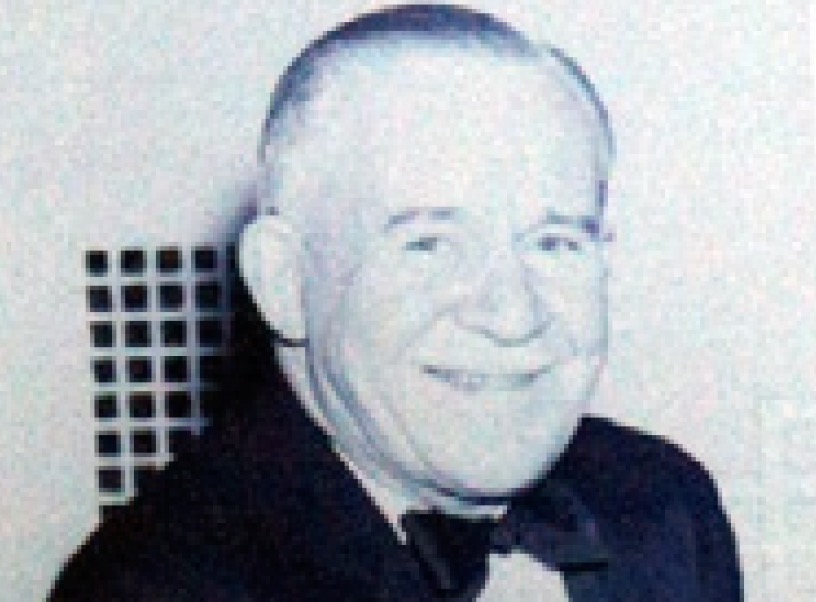 Edward “Ned” King secured his place in show jumping history during his twenty-two years as manager of the National Horse Show in Madison Square Garden.

Born in 1886, he was introduced to horseback riding at the age of five at his father’s riding club, and went on to become a skilled driver of four-in-hands. A gifted artist, his passion for drawing horses was to greatly influence his life. But his first career, after graduating from Groton and Harvard, was as a practicing architect.

King first competed in the National Horse Show as early as 1909, and he appeared in Buffalo Bill’s Wild West Show in Madison Square Garden that same year. It was at the Wild West Show that King learned about attracting audiences from the master showman himself, Colonel William F. Cody. During World War I, King enlisted in the Army Remount Service, where one of his tasks was dissecting dead horses. The knowledge of equine anatomy so gained proved a valuable asset to King’s artistic career.

After serving in the Army, King left architecture to concentrate on art. To defray the cost of his studies he worked as a cartoonist for the New York Evening Telegram and Rider Driver. In 1924, intrigued by the techniques of printing color etchings, he went to Paris, France and studied under Edouard Leon, President of the Society of French Etchers. From the late 1920s on, King’s work was featured in Polo Magazine, and published by the celebrated Derrydale Press.

King cut his teeth as a show manager at Ox Ridge in Darien, CT and ran his first major show in Cleveland, OH. In 1932 he organized and conducted the inaugural Atlantic City show, which was widely acclaimed for its beauty and originality. Later that year he was invited to join the National Horse Show as Director of Publicity and as a member of the Stable Committee.

By 1933 King had become the obvious choice to take over as manager, selected both for his knowledge of horses and for his artistic flair. He was to serve in this post for the next twenty years with great distinction, and he earned the respect and affection of everyone from the owners and riders to the grooms and ring crews.

King’s highly original hunter and jumper courses at the National contributed to dramatic increases in spectator attendance and enjoyment, and significantly influenced the evolution of American course design and the improvement of courses nationwide. These achievements were recognized by the Professional Horseman’s Association (PHA) in 1957 when King became their first honoree. He was elected to the Madison Square Garden Hall of Fame in 1982.

King died in 1962 following a long illness, and was memorialized by the National Horse Show directors by having the Conformation Hunter Championship Trophy named in his honor.