Riding: The Unnatural Thing to Do

Home > Blog > Humor > Riding: The Unnatural Thing to Do 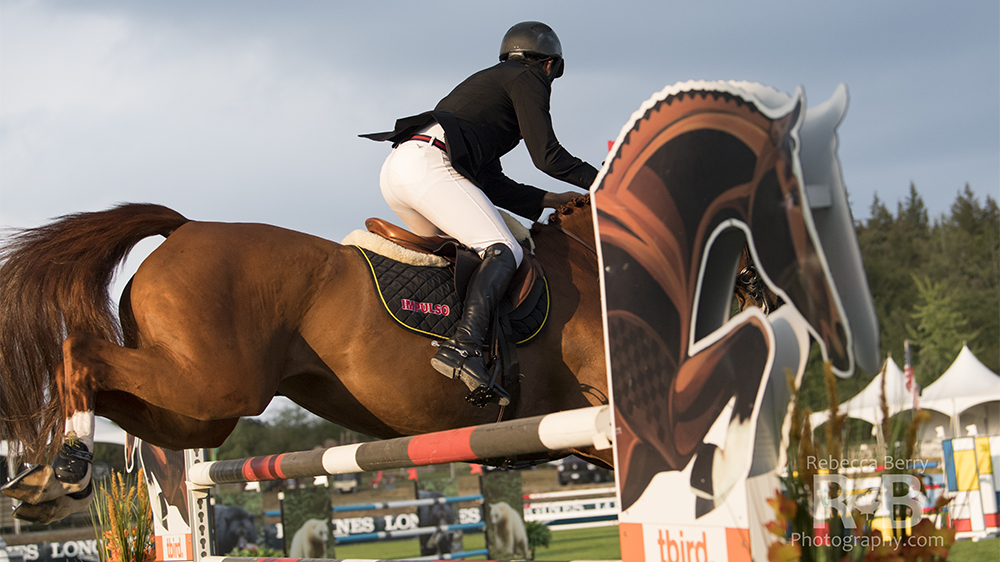 We’ve all had the misfortune of hearing a non-horse person say, upon learning that you ride, “I rode a horse once…”

The classic follow-up statement is: “It took off on me.” We, out of politeness, pretend as though we’ve never heard this story before and then have to act surprised as to how the saga plays out.

Another classic: “It bucked me.” Which of course isn’t even a sentence, and we fight the urge to ask if it reared you, too?

Or said individual might say, “It stood straight up and was walking around on its back legs.” Ahhhh, so it did rear you, but we both know that didn’t happen.

These accounts typically end with, “…and, I fell off.” I mean, obviously.

I do feel a little bad for these ill-fated people that thought riding was easy “because horses do all the work.” They just don’t have the mental fortitude to push beyond what is sensible and pursue a life with horses.

There is nothing about riding that comes naturally. When you put someone on a horse for the first time, they will without fail, lean forward, pull the reins well into their lap and grip with their knees. You can’t blame them. Instincts are telling them that sitting on a 1,000-pound horse is probably a fantastic way to get hurt. But we both know that this instinctual behavior is the fastest way to fall off.

To be fair, we probably did the same thing the first time we sat on a horse. We just persevered, defying centuries of self-preservation and common sense.

The unnatural art of riding is, in fact, a lesson on how to undo centuries of instinctual behaviour and survival tactics. Yet, since the dawn of time, we humans have been riding horses and failing for a large part of it—no doubt, still surprised when things go wrong.

It takes decades to stop relying on our natural instincts and trust the process enough to believe that we can manufacture new ones better suited to the task of riding an animal.

Let’s talk about jumping. It doesn’t matter how high because unless you jump 50 horses a day it will take one million years to almost get it right.

To clarify, we are discussing sitting on a 1,000-pound animal and ushering it towards an object, made up of various types and shapes of wood, for no other reason than we think it might be fun. We are not in the cavalry, and we are not fighting in a Napoleonic war, there is no discernable reason whatsoever to jump a horse over anything, other than the fact that we can. So, we do.

Apart from the absurdity of wanting to do this, let’s discuss a few ways on how this could go wrong. I’ll add here that horses rarely screw things up when they are leaping hedges of their own accord. They are prey animals after all and it behooves them to clear the fence the first time because they would likely, if being pursued by a lion, not have the opportunity for a second attempt.

Try as we might, and bless our dear coaches and horses, these are the typical things we get up to when coming down to a fence when our instincts, not yet honed, take over.

The Choke and Gun

This tends to happen when you are approximately 10 strides away from a fence. You’ve watched so many live streams of Olympic-level riders that you half expect to see your distance as far away as Michael Jung. Alas, you’re not Jung or German, so chances are you won’t see your distance at all.

Anyway, 10 strides out you don’t see your spot, so you keep taking what you think is a “bit of a feel” in the hopes that you’ll see it. Eventually, when you do see it, you come to the gross realization that it is a long one.

Panic takes hold, your senses take leave and you make the decision, instinctually, to drop your reins and bury your spurs. Result? You miss the distance about 12 times.

You just keep taking a bit of a feel until you are at the base of the fence at which time your horse must, with no impulsion, somehow launch himself over it. This explosion of power will thrust you, unexpectedly, onto their neck. Rails will come down via your horse’s knees and your head will be somewhere around your horse’s shoulder.

You see your distance alright, but you’ve gotten so excited about it that the idea of taking a feel has all but escaped you. Balance and half halts are for sissies. You got this. But, by the time you realize you don’t “got this” it is too late. You’ve now run past your distance and only two options await you. The super-short one and the super-long one, and I can promise that you and your horse will pick opposing options.

A state where you see nothing and everything at the same time. You’re overcome with confusion and conflict and become paralyzed with indecision. You’re inert, but your horse knows his job and will carry on, though with some skepticism. Your horse will find a bad distance, and let’s be honest there are a lot more of those than good ones, and with any remaining gumption will jump the fence adopting the action of a trebuchet, which will propel you into the air.

Let’s say you’re cantering down to a six stride. You know how to count, you know what rhythm is even if you can’t dance, and your trainer, bless them, just told you to count to six and you’ll be fine. Well, “fine” is a subjective term. What if we get in too deep or too long? You land after the first fence, “One and two and threefourfive…” Who knows what happened, you’re just pleased to still be in the saddle, sort of. Your trainer, ever curious, asks, “How many did you get in the six?” Obviously, you’re unsure so you cover your bases, “Between five and seven” and hope it wasn’t four or eight.

Your horse sees a short one, but you see a long one, and since your distance comes first, you go ahead and jump. Your horse doesn’t, yet. But don’t worry he will, and you will be laid out over the length of his neck with your face between his ears. You will either fall off or end up cantering around the ring while sitting on your horse’s withers.

You see a short one, but your horse sees a long one. Since your horse is smarter and has more power than you, he leaves the ground with good intentions. You are thrust backward with a G-force rating, your arms shoot up, straight as fire pokers, to eye level. Your horse looks you in the eye, albeit upside down because you’ve turned him into a flying U. Your butt is four feet from the saddle because his back is two feet lower than it ought to be. Your horse, bless his heart, will land on all four and at that moment you are grateful not to be a man, cause that landing is going to hurt. And if you are a man, well Godspeed my friend. Godspeed.

This normally comes as a surprise to you, and I can promise only one of you will actually stop, and it ain’t you.

The Ol’ Duck and Run

You think you’re both about to leave the ground, but instead, you’re treated to a whipping, hurling type action that will leave you lying in front of the fence like a ground pole. But there are no hard and fast rules to this.

Your horse, for reasons known only to him, slowly peters out, and to those watching it’s clear the horse will end up standing in front of the fence. Your undying commitment ensures you jump anyway. Your horse, confronted with an unexpected amount of weight landing on his neck, puts his head down and backs away. You slide down his neck, briefly getting hung up around the poll area before falling to the ground with the bridle somehow stuck in your belt buckle.

And there you have it, some of the conceivable ways our natural ability can leave us, our horses and our coaches wondering what on earth we are doing and why.

To become a good rider, you’ll have to make these mistakes 10,000 times or more. And this is only the jumping side of things. But we soldier on in the endless pursuit of excellence knowing that with each blunder made, we’re one step closer to almost getting it right.