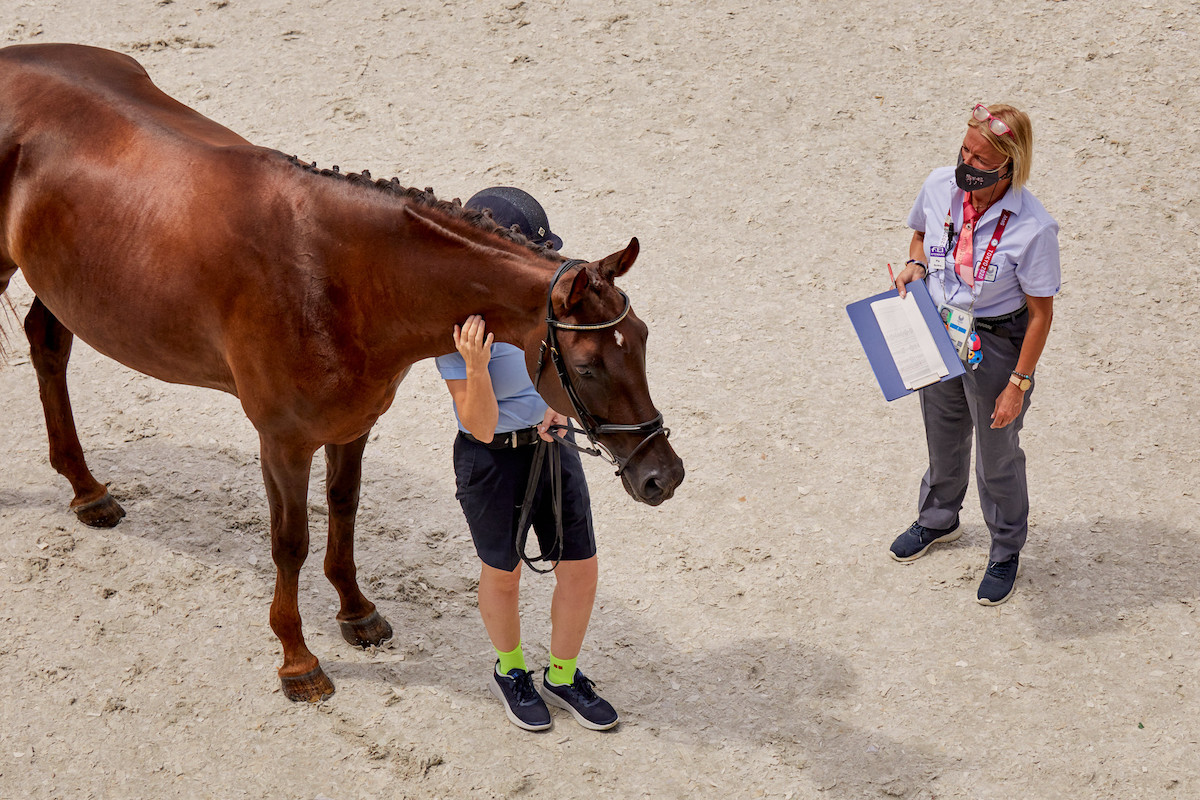 There may have been controversy over the format changes in the equestrian competitions at Tokyo 2020, but no one will be able to dispute that these Olympic Games have been a triumph for clean sport.

The FEI announced that every horse and rider tested at the Games was completely free of any sort of prohibited substance, a noteworthy achievement and a testament to riders, grooms and the FEI Anti-Doping campaign.

“I am very proud to be able to confirm that, for the third Games in succession, all human and equine samples taken during the Tokyo Olympic and Paralympic Games have returned negative,” FEI President Ingmar De Vos said.

“This should of course be business as usual, but it would be naïve to think that clean Games are guaranteed in any sport. Of course, as with all sports in the Olympic Movement, the samples—including the equine ones—will be kept in storage for up to 10 years for potential retesting as improved processes are developed to test for substances that were not reliably detectable at the time of sampling.

“But, for now, this result validates all the work that has gone into the FEI Clean Sport educational campaign over the years, the buy-in of our National Federations and the uptake of equine pre-arrival testing and elective testing to ensure our horses would compete clean at the Games.”

A total of 38 tests were carried out on 24 different horses at the Tokyo Games, including all individual medalists and fourth-placed horses, plus at least one horse from medal-winning and fourth-placed teams. Random testing was also carried out, with horses selected by a random number generator app, in addition to targeted testing.

A similar testing strategy and number of horses were tested at the Paralympics, with an equally clean sheet as a result.

You have to go back to 2008 to find a dope test failure in horse sport at the Olympics, when Norway lost out on a bronze medal in show jumping after Tony Andre Hansen’s Camiro tested positive for Capsaicin. Despite taking his case to appeal, the Norwegian team were demoted from the medal position. Three other horses were disqualified at the time for the same substance.

At Athens in 2004, the German team lost team gold in the show jumping when Ludger Beerbaum’s horse failed a test (the USA were promoted to gold position). He team had a similar disaster in eventing when Bettina Hoy used a skin cream on Ringwood Cockatoo that subsequently tested positive for a banned substance and handed the individual gold medal to Leslie Law.

Three sets of Olympic Equestrian drug free is no mean feat. Congratulations to the FEI and Clean Sport campaign (initiated in 2010).