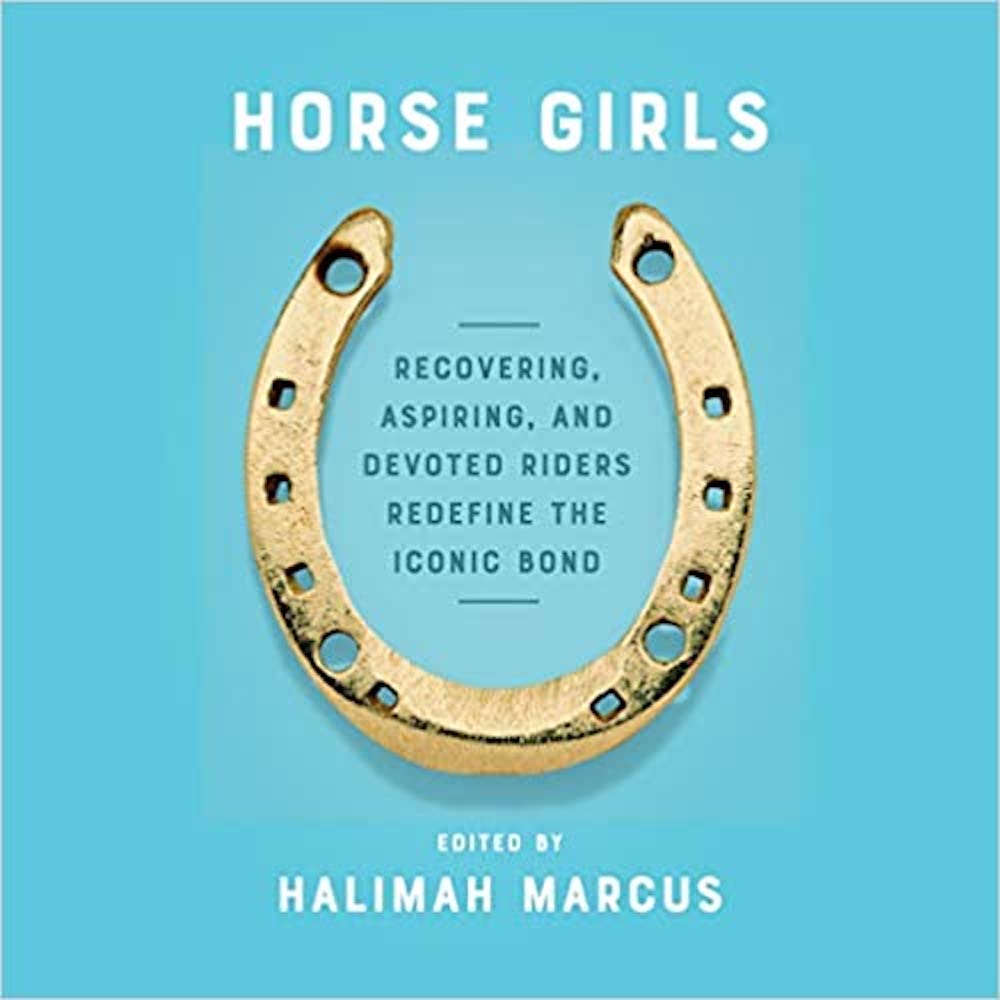 The editor of the new anthology Horse Girls: Recovering Aspiring and Devoted Riders Redefine the Iconic Bond, Halimah Marcus, once refused to write about horses, and no one ever questioned her about it.

“My Assumption that horses could never be a source of literary merit remained unquestioned,” she writes as she describes leaving behind her life as a teenage eventer for one as a writer in New York City. Yet, no matter how trite, mythologized, and even stigmatized horses and horse girls were in her new life, both subjects haunted her long into adulthood.

Now, many years later, she has returned to the animals she loved and is even writing about them. In Horse Girls, she found 16 other serious writers, who, like her, have a deep connection to horses. Together they prove that horses and horse girls have many literary merits, and they also have much to teach us about ourselves and each other.

The anthology features well-established authors such as Pulitzer-prize winner Jane Smiley, Courtney Maum, Carmen Maria Machado, and many other less well known but equally accomplished writers. Each story uses crisp exacting prose with a distinct voice that provides nuance to the topic of horses.

In many essays, the horse serves as a vessel for another aspect of the writer’s life. In “Daredevils,” Maggie Shipstead finds that horses transform her from a timid kid to an adult journalist who takes on a hair-raising assignment in far-flung places.

In several others, the unconditional love of a horse runs parallel to the dangerous love of a troubled parent.  Barrel racer Sarah Enelow-Snider recounts her father’s disappointment with her lackluster times in “A Racer Without a Pedigree.” Morgan Babst tells of her complicated relationship with her high-powered mother, who showed Saddlebreds, in “Turnout.”

Braudie Blais-Billie’s essay “Unconquered” illustrates how horses both connect her to her Seminole heritage and at the same time pull her away from it. The push and pull between our different selves are also evident in “The Shrinking Mountain,” as writer Nur Nasreen Ibrahim reconnects with the man in Pakistan who taught her how to ride. The horses in Ibrahim’s piece become both a bridge that spans between her and someone in a different caste, as well as a stand-in for the shadows of colonialism.

Above all, Horse Girls deserves to be on the shelves of horse lovers and creative nonfiction readers alike. For me, though, there wasn’t enough actual hay bucking and manure shoveling.

Yes, wealth and our connections to it are always a part of our narrative with horses. Yes, there are many college-educated and white-collar equestrians like those represented in the majority in this book. But many others do not fit in that demographic. Many of the horse girls and –women in my own life have been working class; they are factory workers, grocery clerks, hairdressers, and mail carriers. My horse experience has been one mostly made up of members of rural and conservative America, yet these perspectives were seldom represented in the essays.

Still, I have a hard time faulting the anthology for the lack of working-class voices. Their lack of representation is a blind spot in the literary world so large that one could drive a horse trailer through it. However, Horse Girls, dedication to nuance, powerful writing, and diversity in other ways give me hope that future writing about horses will continue to grow and defy cliché and stereotypes for years to come.

Join host Gretchen Lida, editor Halimah Marcus and two of the book’s essayists, Jane Smiley and Braudie Blais-Billie, as they investigate what it means to be a horse girl and to celebrate the launch of a new anthology of the same name on HN READS—live on Wednesday, September 7th at 7:30pm ET. Exclusively on Horse Network.