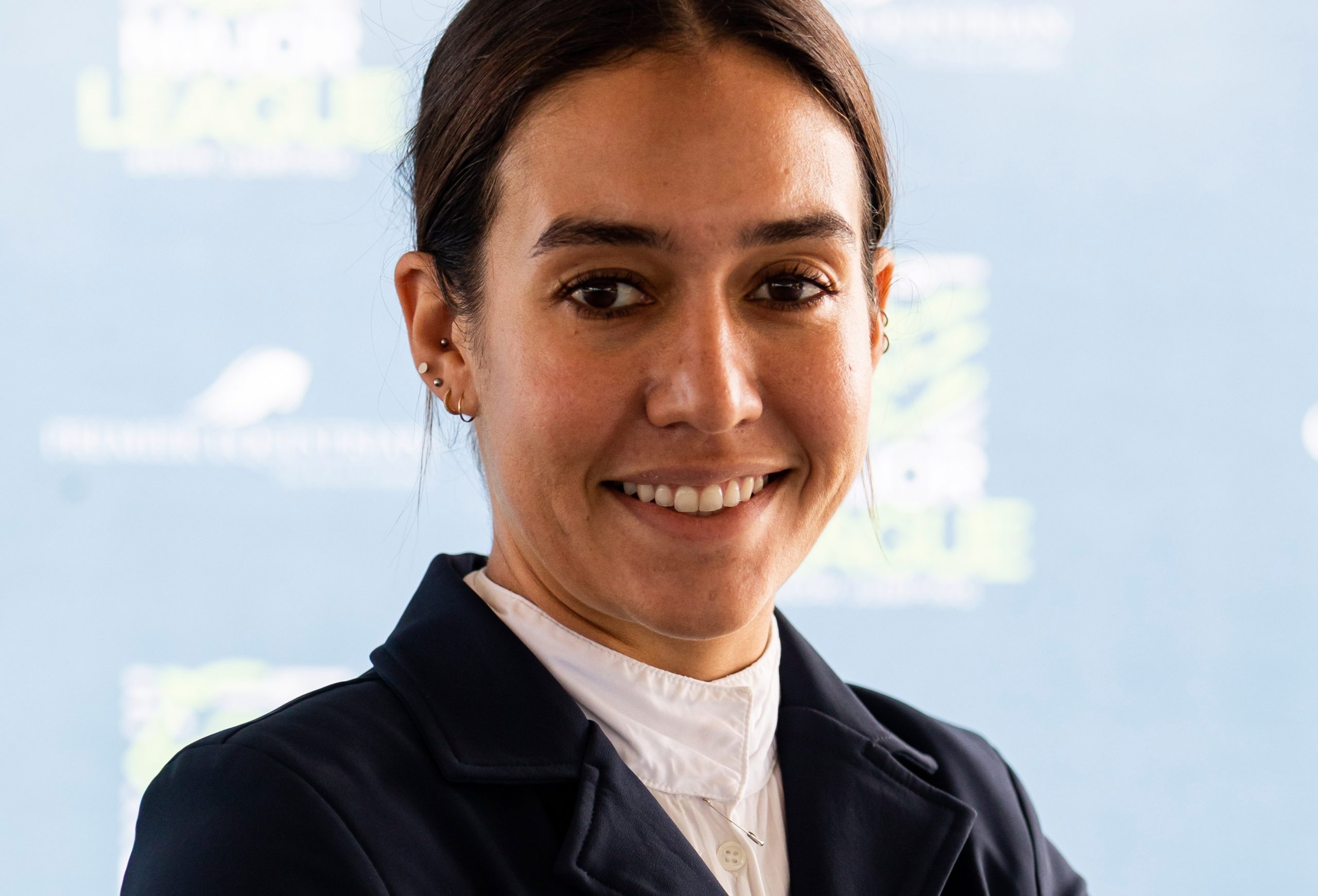 Major League Show Jumping is back at Traverse City Horse Shows in Michigan this week for Phase 5 of the 10-leg season. As the tour continues, we’re shining the spotlight on the fresher faces, the “rookie” riders in their first season competing with an international team.

Next up: the Lucky Charms Lacey Gilbertson.

Lacey Gilberton has climbed the ranks of the sport in a very short amount of time. The 28-year-old didn’t seriously begin competing until age 15, but she managed to win her first 1.60m grand prix before aging out of the U25 ranks.

Gilbertson is a member of the fiercely competitive Lucky Charms Team, which, among others, includes her coach, Shane Sweetnam, and her fiancé, Lorcan Gallagher. Lucky Charms took the win in the very first MLSJ team event in Traverse City before finishing second in Angelstone with Gilbertson in the lineup; the squad currently sits second in the league standings, just four points behind Team Eye Candy.

Gilbertson may be the youngest member of the Lucky Charms, but she’s a proven and fierce competitor. Aboard her longtime mount Baloppi, with whom she climbed from the amateur-owner jumper to international ranks, Gilbertson won nine FEI classes.

“Everyone is so competitive, and nothing is a given,” Gilbertson said following a victory in the CSI2* Griffis Residential Grand Prix in Wellington, FL. “You have to go full-tilt to win, and it’s very satisfying.”

Gilbertson called that mare her “soulmate,” but she has taken on MLSJ’s inaugural season with a pair of newer mounts. Formerly campaigned by Belgium’s Pieter Kenis, the 10-year-old Selle Francais mare Byzance Mail has served as Gilbertson’s partner in both of her starts in MLSJ team competition. The duo also finished second in the CSI5* $36,600 PFAFF Need for Speed at Angelstone.

Twelve-year-old Vitti de Longa boasts more experience, both in the sport and with his rider. Joining Gilbertson’s string in 2020, the bay mare just missed the win in CSI2* competition at WEF in February. More recently, the pair produced a clear first round to advance to the jump-off of the CSI3* Agero Grand Prix in Traverse City, ultimately finishing just outside the top 10.

WEF’s U25 Champion of 2018, Gilbertson has repeatedly demonstrated her commitment to the sport while operating under her family’s Seabrook, LLC. In addition to her own horses, she has been a part-owner of several notable mounts for her coach, including Sweetnam’s Olympic partner Alejandro, rising star Ideal, and the memorable Main Road.

“I like to set my goals one step at a time,” Gilbertson told Jumper Nation, “and not think too far ahead into the future.”

If her track record is any indication, Gilbertson’s upward trajectory should only reach higher.