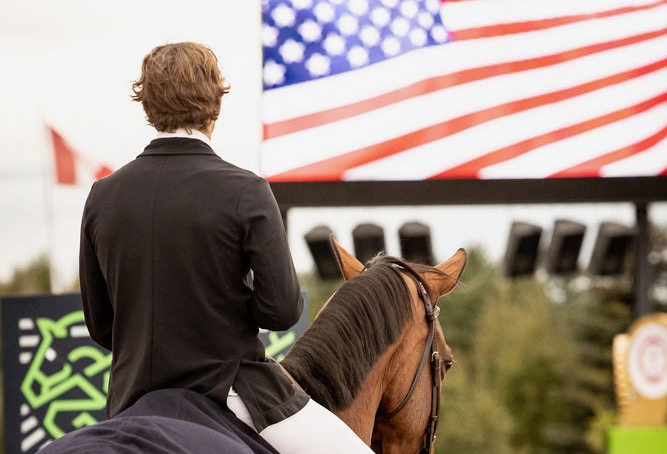 Crusaders, hot off a win in Traverse City, have jumped to the second spot on the League leaderboard, sitting five points behind persistent leader Eye Candy (33 points). This week, they’ll look to close the gap further, fielding two thirds of their winning team from Phase V, Peter Leone and Shawn Casady, plus a “secret weapon” substitute rider.

Keean White: So this week, the Crusaders are going with yourself, Shawn Casady—both of you were on that winning team last week—and you got a substitute this week, using the substitution clause. You’re bringing in Irish rider Daniel Coyle.

Peter: I can’t lie to you. I’m excited to have one of the fastest riders in the world to ride anchor, if we make it to the top four. It’s a bit of a secret weapon—kind of a free agent that we were able to pick up. I just hope that Shawn and I can get Daniel into that gold medal round and then turn him loose.

Keean: Eye Candy, for the first time, they switched up their team at Gold Cup. They didn’t have Amy Millar there and they didn’t make the top four. Amy’s back. So they’ve got Jacqueline Steffens, Paul O’Shea, Amy Millar here in Caledon. I was talking to Erica Hatfield, the team manager, and she’s hungry for a win. What do you feel your chances are against that team this week?

Peter: I think any team can win. Just like any other great team sport, you’ve got to play; the game is not won on paper. I saw Amy Millar this morning. I congratulate her on her great success in Spruce Meadows [Editor’s note: Amy was part of the Canadian Team that won the Nations Cup earlier this month]. And the first thing I had to say to her was you weren’t at the Gold Cup and your team lost. So, you know, welcome back.

Keean: One of the best teams on paper, who’s been a little hit and miss throughout the season, is the Diamond Devils. This week they ride Kristen Vanderveen, one of the top riders in the world, Sam Walker, who maybe has home field advantage here, and Bliss Heers, who just came off a heck of a go in Calgary.

Keean: Looking at the Lucky Charms this week, they’ve got Shane Sweetnam and Jordan Coyle with Lacey Gilbertson in the middle. She’s been quite fast in a lot of these team classes. At Angelstone, if they had ridden her [last], they actually would have won. So I know she’s hungry to get back and get going on this team. What are your thoughts on Lucky Charms this week?

Peter: There’s no doubt Lucky Charms is as strong as any team out there. I think it’d be a lot of fun for all of us if Crusader rider Daniel Coyle is going against [Luck Charms] Jordan Coyle, his brother, for the gold medal, and there’s a distinct possibility that could happen.

Keean: We’ve got the trade portal open right now. So this is the two weeks during the season where teams can make trades. And one team that has made a trade is the Otomi Warriors. They’ve brought in Rodrigo Pessoa for the second half of the season. This week they ride Santiago Lambre, Rodrigo Pessoa and a friend of yours who helped your team out earlier in the year, Mac Cone, jumping on that team as well.

Peter: Well, you got a lot of experience on that team, and Rodrigo is the most accomplished rider in the history of show jumping. So another really, really strong team.

Keean: Something that’s been the most exciting for both Matt Morrissey and I has been the support of some of the top riders in the world. Daniel Bluman really gave the League his seal of approval back at Angelstone saying he didn’t really pay attention to the format until he really rode on the team and he was very complimentary of the format. He’s stepping in again this week with A.I.M. United. It’s himself, Andrew Welles, and Ali Ramsay.

Peter: They’re all good. They’re all fast. Daniel’s really on a roll. I mean, he’s riding as good or better than ever, and he just continues to win, win, win.

Peter: Again, can’t count them out.

Keean: That brings us to the last team this week, Blazing 7s. They’re had a few good weeks and a few not so good weeks. They’ve also used the trade portal. Cara Raether Carey has now come on to that team. And this week they’re also riding Lauren Hough and Chandler Meadows, who have been on the team most weeks.

Keean: Well, Peter, I had to say I’m looking forward to watching the team class. You know, back from my rider days, I’m kind of missing riding in this format, but enjoying watching. I’m going to put my money this week on Eye Candy. I think they’re just hungry enough that they’re going to come out guns blazing this week. If you can’t pick your own team, who would you say is the favorite this week?

Peter: I’m going to go with that Jordan Coyle team, Lucky Charms. I can’t really endorse another team. I mean, in my own mind, I eat, sleep and breathe Crusaders. And that’s what’s so fun about it. Riding and show jumping is, for most of us, an individual sport. And [here] we get a chance to do a team format. It just changes the dynamics and adds so much fun to it. So go Crusaders!