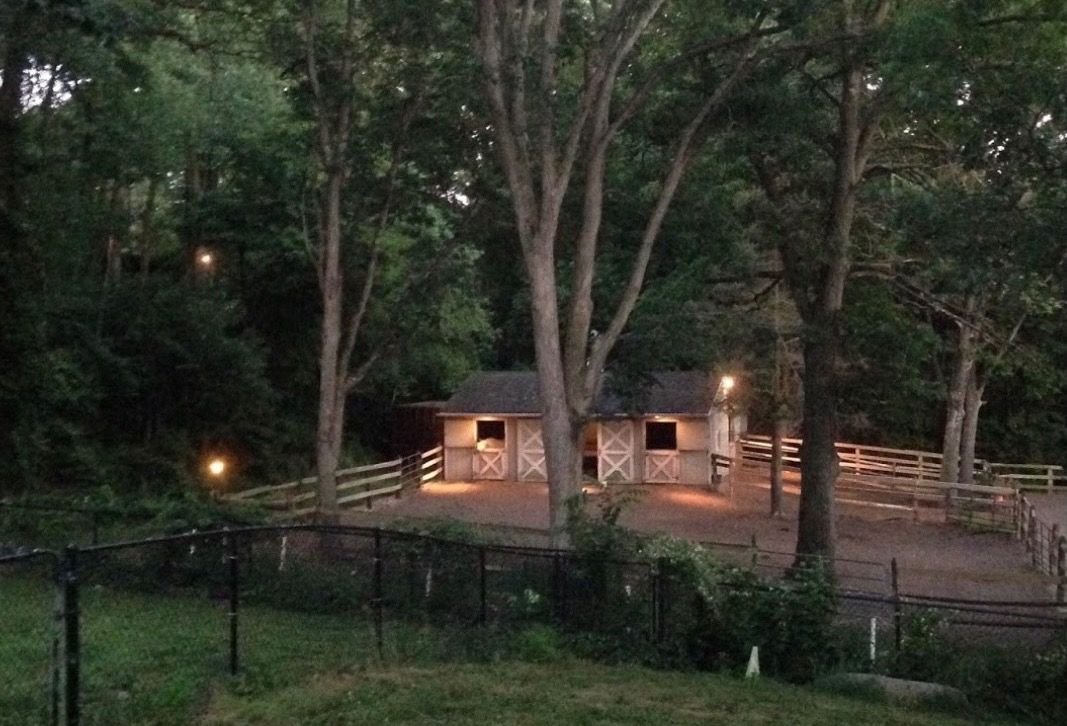 I sometimes hesitate a little to recount my experiences on September 11, 2001 because my personal losses were not as horrific as those of others. But they were profound.

I lost the underlying feeling of security that had defined my experience as an American. For a long time, I couldn’t shake the feeling of waiting for the other shoe to drop; what the future held for my daughter seemed fragile and uncertain. Life changed for me that day just as it did for everyone in America.

On the afternoon and evening of the day of the attack, my head was swirling in the surreal stillness. I wanted answers, but no answers were coming. I wanted something to cling to, something to ground me and quell the uncertainty of what the next minutes and hours might bring. I stared out the back door.

I witnessed Samantha, then 11 years old, in the barn aisle with her recently arrived mare, Magic, by the water trough and her best friend Kate sitting alongside her. They appeared so carefree, seemingly unaware of the unspeakable tragedy unfolding just 44 miles to the west.

The horses were similarly unaware of the gravity of what had occurred and when I went to feed them dinner, an unexpected sense of calm came over me. Their needs were immediate and quite unattached to anything going on in the world outside the barn. The comfort of my normal routine brought me unexpected solace.

Later that night, when I returned to the barn to put the horses in, I was struck by the absence of background noise, drawn by the stillness and silence when the shrill of a lone fighter jet, flying overhead from west to east, pierced the silence of the evening sky. I was reminded of my father’s nightly routine of touring the house before retiring, turning the lights off and locking the deadbolts. It’s amazing how much comfort there is in ritual. Perhaps oddly, that fighter jet passing overhead, for a moment, gave me a similar comfort.

In the hours, days and weeks to come, it was my horses who gave me back my sense of normalcy, or as close to it as I had been able to get. They deal strictly in the here and now, and they reminded me that life does go on by expecting the same routine that I had always provided for them.

I had desperately sought relief from the uncertainty, and my horses gave it back to me, little by little, a day at a time. By living in their world, for the time I was able to I was able to escape the dangerous, fearful, horrific place that lay in my projections.

For that, I owe them a debt that I will attempt to repay for as long as I’m granted the privilege of keeping horses.