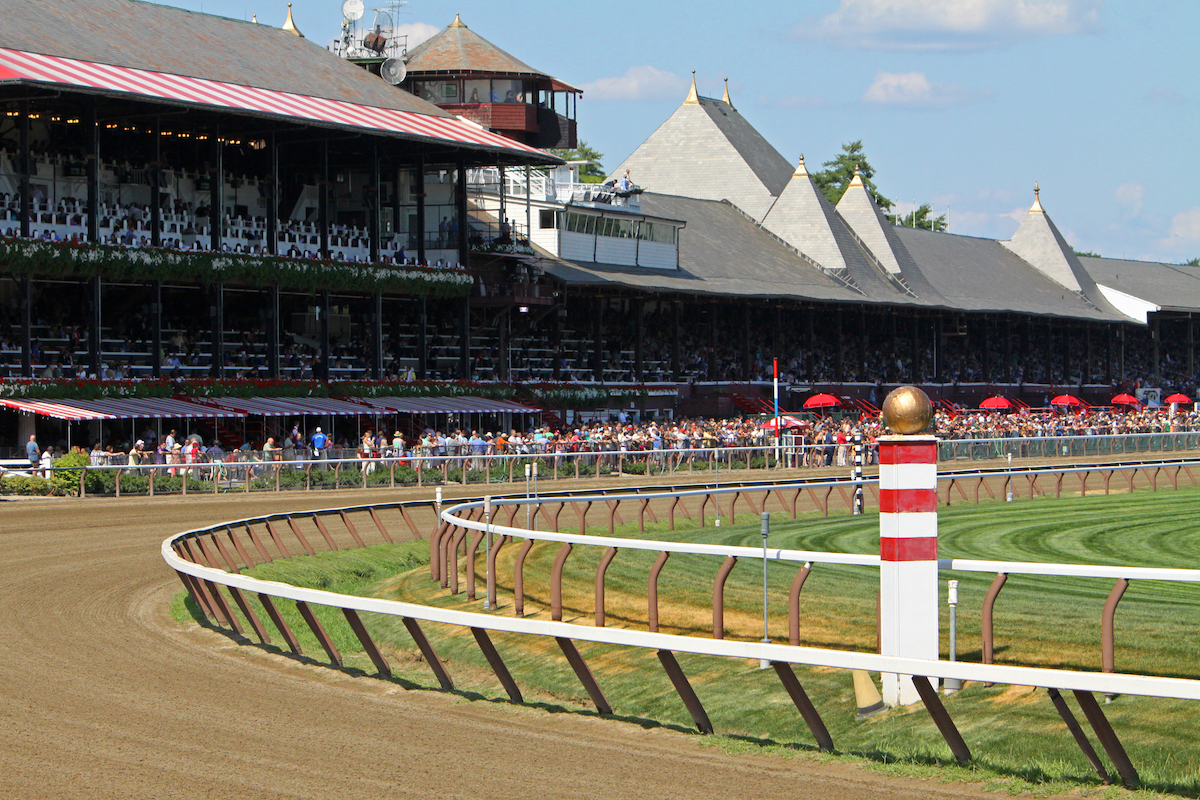 It’s the penultimate Saturday on the Saratoga summer racing schedule, but the season’s ultimate day for fans of the sport. That’s because it’s the day the Travers Stakes, sometimes called “The Mid-Summer Derby”—a reference to the First Saturday in May—is run along with its female counterpart, the Personal Ensign, a seasonal reflection of the Kentucky Derby and Kentucky Oaks.

Even casual and non-fans of horseracing are familiar with Kentucky Derby parties. Mint Juleps, elaborate hats, silly costumes. They know many of the winners of America’s greatest race and even why it’s called “The Greatest Two Minutes In Sports.”

Hardcore fans of the sport do the same on Travers Day because Saratoga Springs and its namesake Race Course are special in racing’s history.

So, whether you’re a longtime fan salivating for this day, a first time attendee—lucky you!—an online or TV viewer, or someone new to the mystique of The Spa, here’s a little primer to bring you up to expert status in a hurry.

1. Why is Saratoga referred to as “The Spa?”

Going back to the late 19th century, the cause of many illnesses was unknown. What was known was that many of those illnesses seemed to improve in the clear air and mineral hot springs of places like Saratoga.

The place itself is literally built amid mineral springs. The most famous one is High Rock Spring, believed to be known to Native Americans who lived in this area two centuries before the well-heeled arrived to bathe in its healing waters and gamble. In that latter regard, it can be thought of as the Las Vegas of its day, since the “vice” of gambling was forbidden then in most places.

Located 30 miles from the State capital, Albany, The Spa is now both a state park (1962) and National Historic Landmark (1987). Aside from its namesake mineral waters, Saratoga Springs is known for great shopping and restaurants and, of course, Saratoga Race Course. Visitors flock to Saratoga in summertime to enjoy a meal at Hattie’s Kitchen, visit The Shake Shack or quaff a lemonade under the festive red-and-white tents that dot the visitors’ area of “The Spa.”

2. Why is the Saratoga Race Course called “The Graveyard Of Champions?”

Well, because it is, both literally and figuratively.

Literally, Champion filly Go For Wand suffered a fatal injury during the 1990 Breeders’ Cup Distaff at Belmont and has the distinction of being buried in the Saratoga Race Course infield.

Fourstardave, a popular runner at Saratoga, is buried at the Clare Court jogging track, along with A Phenomenon, Ireland’s Mourjane and Quick Call.

Figuratively, Saratoga has been the scene of several of racing’s greatest upsets, starting with…well…Upset, who beat Man o’ War—bred by August Belmont, speaking of racing royalty—for that Big Red’s lone defeat (20-1-0) in the 1919 Sanford Stakes at Saratoga.

In those days, horses started from behind a rope held on either end by officials. It’s been rumored Man o’ War was still circling when the rope was lowered and the race started. No iPhone video then! The loss still stands.

In 1930, 100-1 moonshot Jim Dandy defeated Triple Crown winner Gallant Fox on a muddy track. It was thought to be the greatest upset in racing history to that time. An annual G2 race is held in his honor at Saratoga.

…the other Big Red. Secretariat was entered in the 1973 Whitney Stakes, fresh off his record-setting Triple Crown victories. Challenger Onion was trained by legendary H. Allen Jerkens, who came to be known as “the Giant Killer.” Onion went to an early lead—and shockingly maintained it, little-known Onion making history by giving Secretariat’s legion of fans one of their few reasons to peel and weep.

We’re not done yet.

That son of Curlin, reminiscent of this year’s Travers Stakes challenger Keepmeinmind, often came up short but was always a worthy challenger.

There’s a reason they run the race and every horse can have his day.

3. The Runhappy Travers Stakes…what’s that name about?

A couple of questions here.

First, let’s start with the origin of the Travers.

William Travers was the first president of the Saratoga Race Course. The successful lawyer and investor was a prime figure in the construction of the course and was referred to by one newspaper at the time of his passing in 1887 as “the most popular man in New York.”

The first running of the eponymous race was in 1864, fully three years before the initial Belmont Stakes and 11 before the first Kentucky Derby. That makes the Travers the oldest three-year-old stakes race in the U.S.

Then, there is the Runhappy part, a recent naming addition.

Interestingly, Letruska is a daughter of Super Saver running as the favorite in this year’s Personal Ensign.

The weathervane that sits atop Baltimore’s Pimlico is painted with the colors of the winner’s silks following each year’s Preakness Stakes.

A similar tradition is followed at Saratoga. A canoe that has drifted in an infield pond at the course since 1926 has been ornamented with the colors of the winner’s silks following the Travers since 1961.

5. What other facts do only Travers aficionados know?

The Spa, The Graveyard of Champions, remains the place where much of racing history happens.

Saturday is likely to be no different.