McLain Ward on the Fine Line Between Genius and Fool 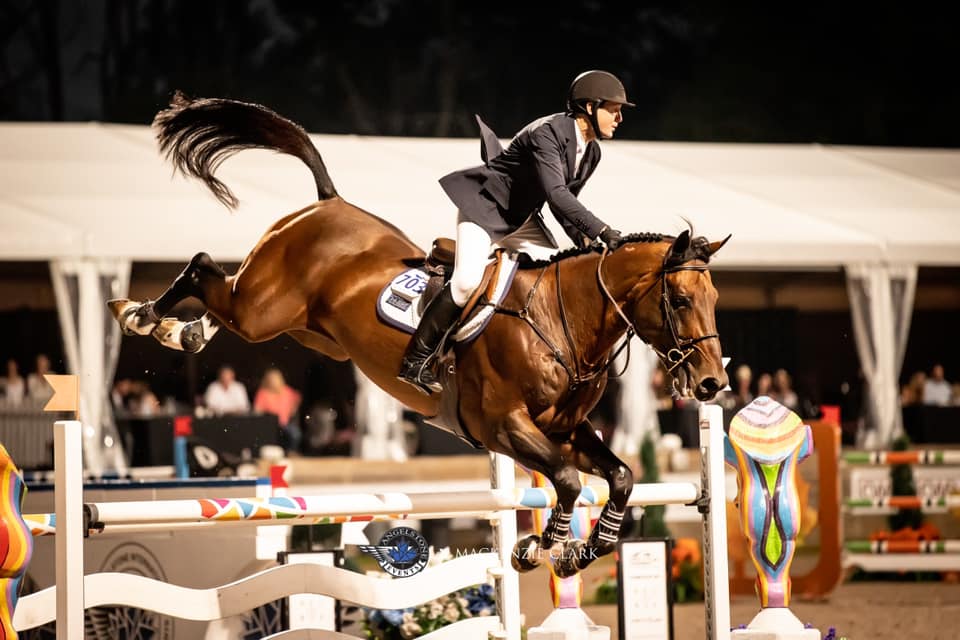 With a horse named Contagious, McLain Ward’s mount for his fifth Olympic appearance seemed all but predetermined.

It took him a little longer to come to that conclusion, though.

“Each one of the Games that I’ve been lucky enough to go to have been very unique and very different, not only from an event point of view, obviously, a horse point of view and team, but also where I was at in my life. Different stages, you know, going back now, almost 20 years.”

Those horses and Games, in case your superfan card has expired, were Athens 2004 and Beijing 2008 with Sapphire (earning a pair of team gold medals); London 2012 with Antares F; Rio 2016 with HH Azur (team silver) and Tokyo 2020 with Contagious (team silver).

“Tokyo, and particularly the lead up to Tokyo, presented a whole new group of challenges. Horses were changing with a year delay. It was difficult to build up to it. Our team in particular had a lot of questions.”

The most pressing question on Ward’s mind: which horse he’d point at the Games.

“Six months ago I didn’t know which horse I would take if I was able to make the team. It was a real rollercoaster ride,” he shared.

“I never originally envisioned Contagious as an Olympic horse. He really raised his level over the past year, coming back from an injury right before the Pan American Games.”

Then there was the question on all the teams mind: the three-rider format. Team USA threw the internet a curveball when it was announced that Ward would sit out the individual medal round. It wasn’t news to Ward, however.

“With the new format [of three-rider teams] for Tokyo, we looked at the way that we could use strategy to raise our game, so to speak, and the plan that we had leading into Tokyo with our team and my horse Contagious was pretty unique. We came up with the structure of that game plan pretty early on. Obviously, [chef d’equipe] Robert Ridland really saw that using strategy could possibly up our medal level.”

But knowing the plan didn’t necessarily make it easier to execute.

“To sit there [in Tokyo] ten days trotting around for about a half an hour every day, waiting for that first round of the team competition, I can’t say was without a lot of stress,” said Ward. Being stuck in his hotel room didn’t help.

Ultimately, the plan paid off. Team USA jumped off for the team gold medal against the Swedes, in an incredibly close battle that saw all three American riders post clear rounds in the jump off.

“My team pulled through and Contagious delivered when it counted. We almost caused a huge upset! And we walked away with a great silver medal. I always say, there’s a fine line in planning between genius and fool. And we landed on the genius side.”

With maybe a mind game or two along the way…

“Kent and I were having a conversation in Tokyo and I said, ‘You ever feel like all the other riders are laughing at us?’ And he goes, “Yes. And then I decide I’m going to kill them.” And I said ‘I like that, it’s intense. Glad we think alike,'” he laughed.

“I think there were a few other words in there as well but we’ll leave those out.”