Ever Consider Becoming a Horse Show Official? Now Might Be the Perfect Time to Make the Leap

Home > Blog > Sponsored > Ever Consider Becoming a Horse Show Official? Now Might Be the Perfect Time to Make the Leap 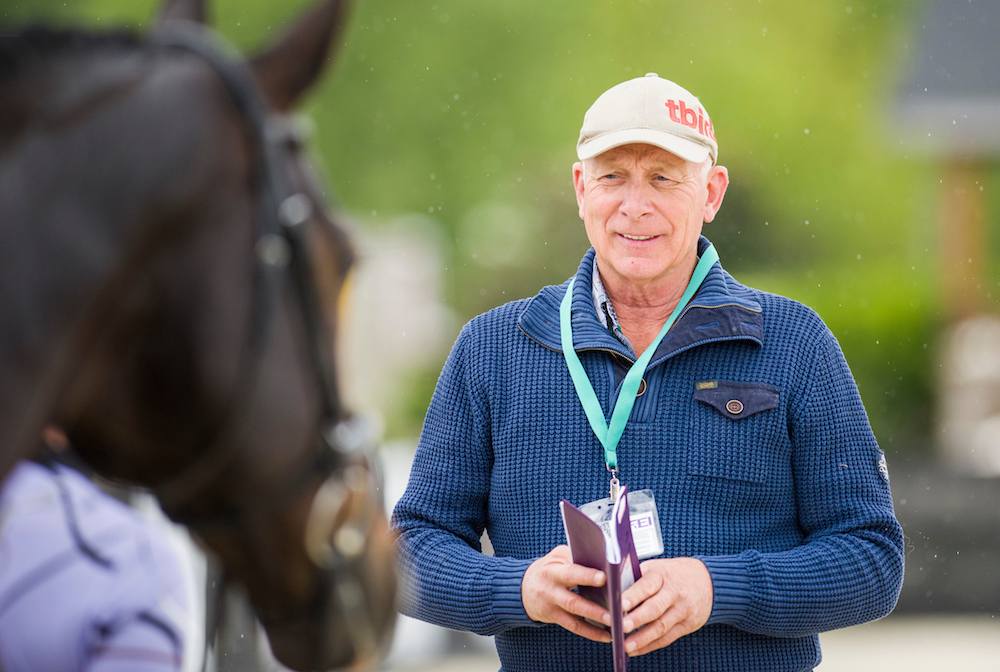 There are certain moments in sport that can never be replicated. One of them was Scott Brash’s last four jumps on his way to becoming the first and still only rider to win the Rolex Grand Slam of Show Jumping aboard Hello Sanctos at the Spruce Meadows ‘Masters’ in 2015.

It began with a long gallop down to a wide coin oxer, then a broken line over to an in-and-out of tall liverpool verticals, and finally, on to a towering, CW oxer. With each jump, the gasps from the gallery grew just a little bit louder, the crowd finally rising to their feet in thunderous applause as Brash and Sanctos made good at the final fence.

Lisa Osachoff, an Equestrian Canada (EC)-certified Senior Jumper, Hunt Seat Equitation, Hunter and Hack Judge, and FEI Level-3 Jumper Judge was there. In fact, as a member of the Spruce Meadows jumper jury, she had one of the best seats in house. “It was a historic moment,” Osachoff says. “Just being part of the jury that was judging the competition that day, and watching [Brash], and knowing the whole week leading up to it [that winning the Grand Slam] was a possibility.”

You wouldn’t think a horse industry job offering a first-class seat to history would be a hard sell for equestrian enthusiasts of any age. Yet in the last few years, EC has taken a hard look at the age statistics concerning their incoming crop of horse show officials—and they’ve come to a startling realization.

“The majority of our [officials] are from an older demographic,” explains Rachel Huebert, EC’s Director, Sports Operations. “We know from our statistics that our youngest group of officials tends to be course designers, who are [typically] in their 40s. All the other groups tend to be 65-plus, which is not a problem in itself but we would also like to see new officials coming up at a greater rate in some cases.”

The problem? As the old guard ages out, EC is dealing with a shortage of next-gen officials looking to fill their shoes, and not just in show jumping. According to Huebert, disciplines from Coast to Coast are struggling to fill positions ranging from technical delegates for eventing to dressage stewards, medication control technicians, and endurance judges.

“[Equestrian Canada] typically only hears about a problem when it’s a desperate situation,” Huebert says, noting that it is ultimately the responsibility of the competition to source and contract officials for their events.

“A competition will contact us, and they’ll say they need this official, or they can’t run their event, and [we’ll use our] networking channels to put out a blast to all the [accredited officials in the area], letting them know there’s an opportunity and the nature of the competition.”

Though she can’t say for sure, Huebert believes there are a variety of reasons for the waning interest in horse show official roles among younger generations.

For one thing though these positions are typically paid, rates can vary by event, location, and experience level, and it can take time to work your way up the ranks. For entry-level officials working full-time jobs elsewhere, or needing to take time off for travel to competition venues, that can feel like a big ask.

In more remote regions of the country, Huebert adds, equestrian events may be few and far between, as are the opportunities required for an official to meet EC’s educational requirements or stay current in their accreditation. “There’s that relationship between the competitions and the officials, in that they need each other in order to develop,” she says.

Finally, the 2020 pandemic year and global horse show shut down introduced some unique challenges of their own. “I actually think [when it comes to] shows and the pandemic, it has kind of made us all question a little bit more what we like about [working as officials], and if we want to return to [our roles],” says Osachoff, who works as a human resources executive but decided to get her judge’s card back in 2003 when she could no longer ride due to health concerns.

After some quick soul-searching, Osachoff says, her own decision was clear. She wanted to see her horse show colleagues, and she couldn’t wait to return to the judge’s booth. “I really missed the sport, itself,” she says.

But, Osachoff cautions, even when you’re judging at premier events around the country, it isn’t all bright lights and Grand Slam championships. Exhibit A: the very week after she sat on the jury that awarded Brash his legendary Spruce Meadows win, Osachoff was judging round after round (after round) of a cross-rail classes at Amberlea Meadows in Edmonton, Alberta.

“I’m happy to spend the day doing either!” she laughs. “You’d better [learn to] enjoy all of the steps along the way if you want the opportunity to [one day] judge that top sport.”

Thinking you might want to give stewarding, course designing, or another official position a try? According to Osachoff, when it comes to judging and other roles, a good attention span is key, as is a strong sense of organization, propriety, and fair play—not to mention the ability to work well with others. Above all? Plan to bring your sense of humor along.

“In terms of personal characteristics, I think you have to have an even temperament,” she says. “If you really care about things [going a certain way], you’re probably not going to enjoy your day because, of course, at horse shows, something always goes a little bit sideways.”

If even-tempered is your middle name, there’s no better time than now to head on over to Equestrian Canada’s Officials page to learn more about what you need to get started. Most jobs require an EC Sports Licence in addition to various educational requirements, experience hours, and apprenticeships, which vary by position and discipline.

The good news? Rachel Huebert says EC is looking to meet you halfway.

In the coming year, the national federation is planning to retool its online offerings, providing more remote options to reduce the financial barriers and time constraints that can come with traveling to attend in-person clinics and other educational events. As part of that effort, EC just launched a fast-track certification pilot program for current officials and License holders.

“The Officials Temporary Status pilot program is designed to address immediate needs due to officials shortages and to aid in recruitment of new officials into the system. The pilot will create opportunities for current EC officials to officiate in new functions as well as allow EC License holders to act in certain officials’ roles,” explains Huebert. The program will be monitored and adjusted as necessary at the end of season.

In addition, for those interested in moving up the international ladder in roles such as jumper judging or course design, EC is working to expand its equivalency programs with the Fédération Équestre Internationale (FEI), meaning as you earn your national accreditation with Equestrian Canada, you can also be certified to judge or design at corresponding-level FEI events.

Finally, through a new partnership with the revolutionary European tech company, Black Horse One, EC also plans to offer a dressage judge training program through the company’s app, giving prospective judges the skills they need to correctly score dressage tests right on their iPhones.

Already, Huebert says, these measures seem to be paying off, and EC recently welcomed a cohort of more than 20 new student applications for its stewarding program. If they’re anything like Lisa Osachoff, they won’t regret a single moment they spend ringside in their chosen line of work.

“I have a [a full-time] professional job,” she says, “but I always say, even if it’s a long day watching [rounds], it’s the best day at the ‘office’ I can spend.”

Learn more about becoming an EC Official at equestrian.ca.