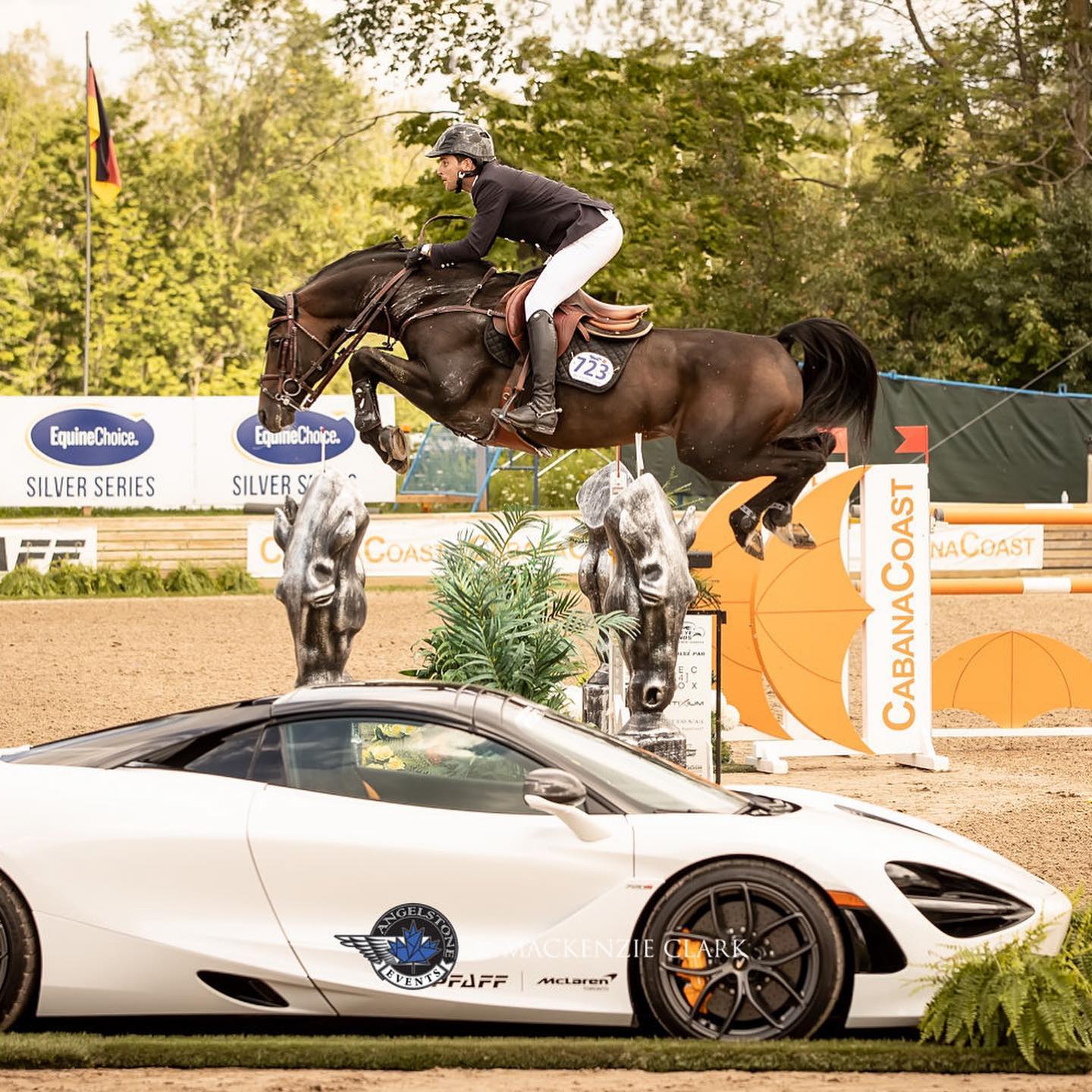 Purchased from Andre Thieme in Germany at age six off a video, Bluman thought the horse had “some good qualities” but doubted his high performance potential.

“When he was seven, I brought him to America to sell, not to take to the highest level. I thought he lacked a bit of blood when he was younger, but that’s young horses, you never really know,” he shared.

It was Bluman’s cousin, Mark Bluman, who convinced him otherwise.

“After the first show, Mark said, ‘Daniel, you’ve really got to ride him, this is for real.’”

Bluman secured the ride with a group of owners from Over The Top stables and set to work.

“We’ve been working to develop a working relationship. He’s a stallion so he has a mind of his own and can play around quite a bit.”

“He’s very easy to ride. He’s beautiful in the mouth and on the flat he’s easy to work with, but those testicles play a big role in his life. He’s always looking for the mares and he takes a lot of work from my team and staff, you always have to be on your toes,” said Bluman. “He can be super relaxed and at any moment wake up and put on a show.”

Ubiluc is not a breeding stallion (at the moment) and Bluman has no plans to put him in the breeding shed while he’s competing.

“Honestly, he’s a bit of a pain in the butt as a stallion, I don’t want to encourage him,” he said. “For the moment, we need to focus in the ring.”

“I do believe there are certain horses that if you geld them they might lose something and he’s not a big horse, he’s quite small and tiny. I think that being a stallion potentially helps him. I don’t know,” he continued.

“If I find out and it doesn’t go my way, then I have a problem because you can always take them out but you cannot put them back on…Ubiluc is a horse that gains a lot sometimes from that power and personality and sometimes he also loses classes because he cannot focus and he’s playing around way too much.”

In Sunday’s CSI5* $217,000 CabanaCoast Grand Prix 1.60m, the nine-year-old stallion made the case for keeping things as they are. The pair jumped to the top of an 11-horse jump off, fending off the likes of speed specialists Shane Sweetnam, McLain Ward, Andrew Bourns, Nicolas Pizarro, and more to take the honors at the first Angelstone Tournaments leg of the Major League Show Jumping tour.

“I felt in the first round he was trying to leave the jumps up and actually focusing on what I was telling him to do. So that gave me incentive in the jump off to take a couple of risks.”

The pair shaved six hundredths of a second off Sweetnamand Karlin van ‘t Vennehof’s leading time to stop the clock at 36.95 seconds. Brianne Goutal-Marteau and Viva Colombia took third in 37.73.

The pair will try again next week in Phase 4 of the MLSJ tour. Catch all the MLSJ action on majorleagueshowjumping.com.