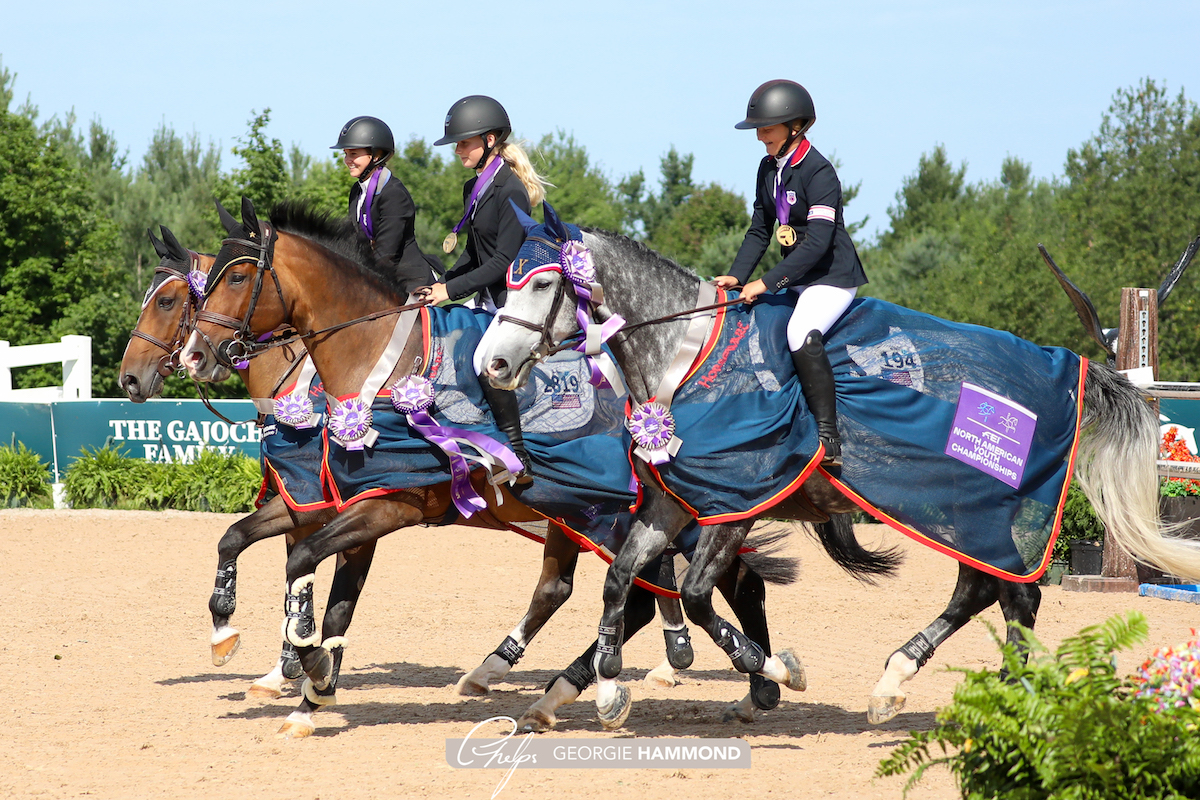 Modelled on the championship format of cumulative faults, the NAYC Children’s team event is made up of three rounds of competition, starting with Wednesday’s one-round speed class and culminating with Thursday’s two round team event.

Heading into Thursday’s Nations Cup-style team event, featuring four-rider teams and a drop score, Nakatani (14) and Dianett started Zone 8/9/10 off with four fault performance, following it up with a clear in the second round.

“I knew I had to be clear [in the second round], but I just went around and I wanted a smooth nice round, just staying calm and not even trying to go fast,” shared Nakatani.

Diab and Unang de Kergane followed with a 10 fault performance, but added just four to the score in the second round.

“I had a bit of a hiccup in my first round so I kind of just went into my second [round] trying to get over that and just trying to get him over the jumps. He was a little spooky around the course today, but I finished off really strong and I think it was a nice second round and a way to recover,” said Diab.

“It’s a good example of how this format teaches the riders to come back and fight hard,” said chef d’equipe Susan Hutchinson.

With a rail in hand, anchor rider Tomb had to jump clear to secure the win, a rail would force a three-way jump off with Mexico North and Mexico South. And she delivered.

“Our anchor rider, boy, she was tough. Clear both rounds. She left a stride out to the last jump both rounds, which made me a little nervous, but I guess she knew what she was doing,” smiled Hutchinson.

“They were magnificent. I couldn’t have been prouder of all of them and they all pulled together as a team, which is as it should be—one backing up the other.”

Catch all the action at the NAYC live on USEF Network! (Use promo code ‘nayc21’ for a free fan membership.)