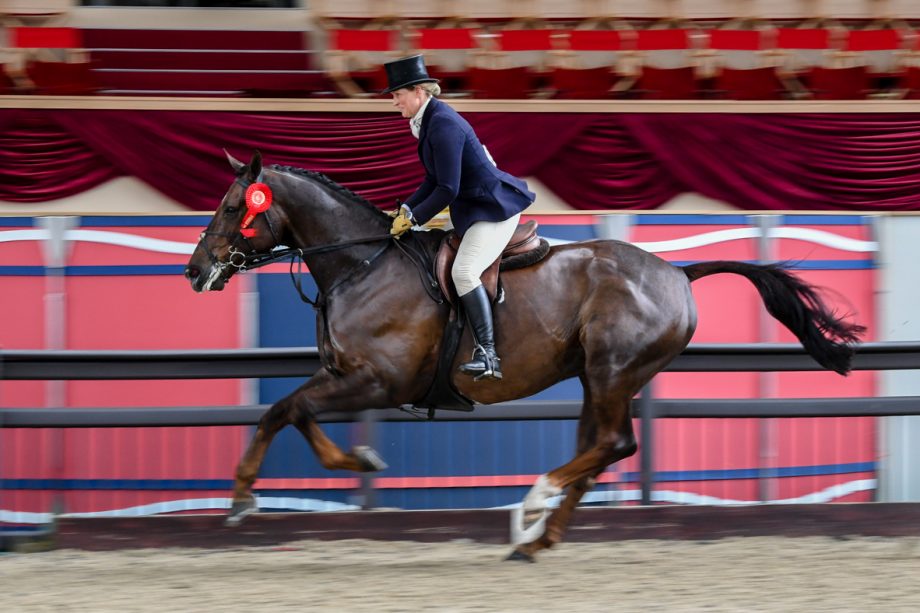 Brought to you by AIG: “We share your passions… and we’ll help you protect them.”

Chances are, if you live in North America, you have a clearly defined vision of what show hunter sport looks like.

If you’re watching Royal Windsor this week, then, you’re in for a bit of a surprise.

The Working Hunter division has a very different interpretation in Europe. The hunter discipline originates from the actual hunt, and the Working Hunters at Royal Windsor not only resemble those roots—the majority of the entries are actual hunt horses.

Rather than categorized into years of experience or height, European Working Hunters are split into divisions according to weight—not literal weight, but rather, overall build. Lightweight, middleweight, and heavyweight sections are defined by about how much weight the horse should be able to carry, as well as bone structure under the knee.

Only the Working Hunter division competes over fences, and the “rustic” style of the jumps resembles cross country elements more than the fences offered in U.S. hunter classes. A Working Hunter course will include everything from water trays to bullfinches, hanging fillers, timber, and more.

The one similarity, however, lies in the scoring: a 100 is the highest mark a combination can receive. But how a score is calculated is vastly different. The jumping portion of the Working Hunters is worth 60 percent of the total score. Two-thirds of that is awarded for a clear round, with the final third judged on style and presence. The remaining 40 percent comes from a pre-ride conformation and flatwork evaluation. Movement is rewarded, but that relates to stride length more than form.

The NAF Five Star Working Hunter Champion was crowed Thursday at Royal Windsor, and that title went to Cheryl Farrow’s Bloomfield Incognito, ridden by Kelly Ward. This combination was the only pair to produce a clear performance in the Lightweight category, and they were the dominant winners of that division. They received total marks of 92—58/60 for jumping, 18/20 for flatwork, and 17/20 for conformation (The show even posts the score cards online).

Alice Homer and Loraine Homer’s Little Joe (Heavyweight section) took the Reserve Championship title with a total score of 90. Alice, just 19 years old, is a tremendous pilot, riding out in the hunt, jockeying point-to-point races and eventing, among other disciplines. She is part of four generations of the Tatlow family to win a Royal Windsor Championship.

It’s fascinating to think about how hunter sport has evolved so differently on two different continents, and this writer has a great respect for both. Watch more European hunter sport Friday from Royal Windsor, exclusively on Horse Network in North America.