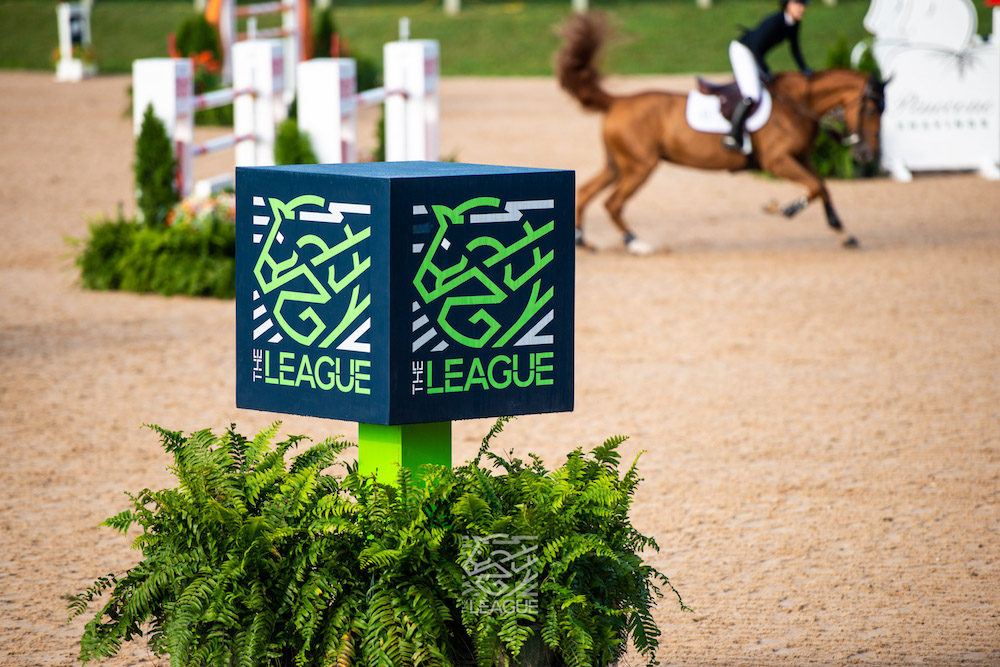 Leg 1 of the Major League Show Jumping (MLSJ) Team Competition gets underway Saturday at 6:00pm ET in Traverse City, MI. Three riders from each of the eight teams will take to the field at Great Lakes Equestrian Festival to vie for $200,000 in prize money, a top spot on the team rankings leaderboard and bragging rights.

MLSJ co-founder Keean White breaks down the teams—who’s coming out of the gate swinging, who is the dark horse and which teams might have a few surprises up their sleeves.

Keean White: You know, that’s an interesting team. Molly Ashe has a great string of horses. Charlie Jacobs, he can be as fast as anyone. And Peter Leone, he was on the sideline for a couple of years, but he’s built up a great string. So, it’s kind of a wild card team, I’d say.

KW: This is an unbelievable team. Any time you have Shane and Jordan riding together in one week, I think you better watch out. Lacey’s got some fast horses. She won a three star Grand Prix earlier this year. This is a team that could definitely contend for the podium.

KW: This is one of my sort of hometown teams. We’ve got two Canadians on this team, Erynn Ballard and Sam Walker; Erynn is riding this week. This is a dangerous team. They’ve also got Nayel Nassar, who’s I’m sure going to pop in and cause some problems for the other teams. But with Kristen, with Natalie, with Erynn, this is going to be a fast team. I’m looking forward to these guys.

KW: This is a group of riders, aside from Nicolas Pizarro, I’m not that as familiar with. They compete a lot in Mexico and on the west coast of Canada. Daniel Rihan is team manager—he’s actually helping us run the Otomi leg of this tour. I know Nicolas is going to be fast. He’s got a great group of horses right now. John Perez has had some good Grand Prix results this year. And Julio David Vainer, he’s kind of an amateur coming up through the ranks. So I’m looking forward to see what he can do this year.

KW: Yet another team with two Canadian, which I love to see. Erica Hatfield, who manages this team, is one of the most energetic owners in all of showjumping. And she’s got a heck of a squad this year. Amy Millar’s got a great group of horses. Jacqueline Steffen’s has had probably her best year of her career. And Paul O’Shea has been in the top 50 in the world for the last number of years. So this is a heck of a team.

KW: I was surprised this week that Lauren Hough is sitting out Leg 1. She’s also on this team. So we’ve got we’ve got two amateurs. And obviously, Rodrigo Lambre is quite strong. This will be interesting to see. You know, Chandler Meadows has some fantastic horses. Nicolette Hirt, I’m not that familiar with her group of horses yet. I’m sure I will be as far as the season goes on. And I think Rodrigo was third in this first 2* again to start us off. So, you know, he’s here ready to play.

KW: This team actually also has Adrienne Sternlicht and McLain Ward. So it’s quite a stacked team. McLain and Adrienne are not here as they had some Olympic requirements and are in Europe for a bit. So, the Roadrunners are going with Kyle King, who’s won some of the biggest Grand Prix in the world at any point in time, and then Kaitlin and Erin, who are sort of younger riders with some great horses. This team is probably a dark horse this week, but, you know, definitely strong enough to jump up to the top of the podium as well.

Tune in for the first ever $200,000 MLSJ Team Competition this Saturday at 6:00pm ET—live on the MLSJ website, App and Facebook!