Galileo Spawned His Own Thoroughbred Universe 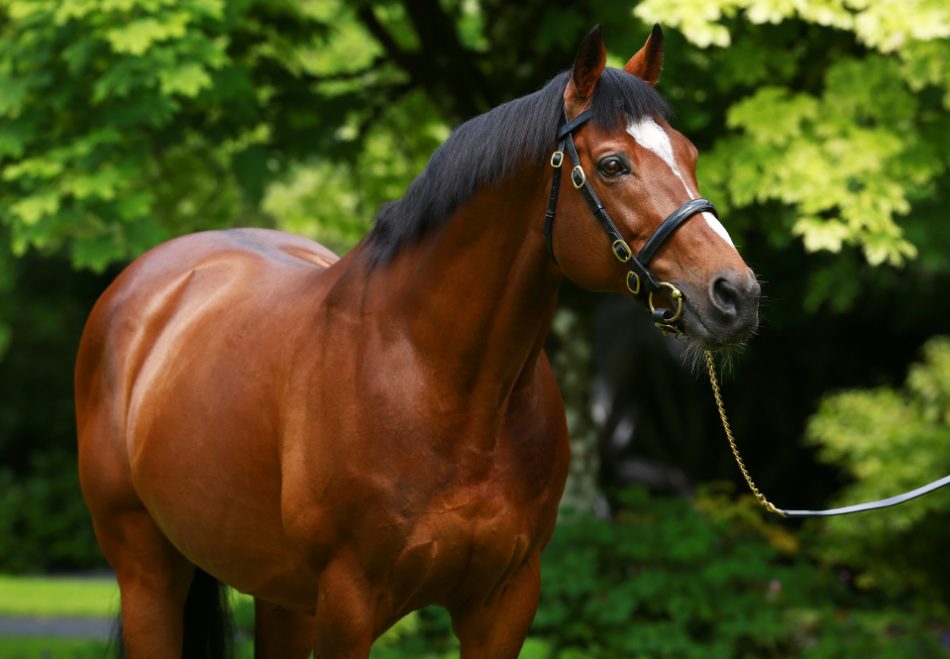 Coolmore’s Susan Magnier chose the name “Galileo” because she thought the world of the horse at the time of his birth.

Even that grand expectation could not have grasped the magnitude of his future. Galileo would change the Thoroughbred in much the same way his namesake changed the understanding of our own universe.

If his grandsire, Canadian star Northern Dancer, is the foundational sun around which North America’s Thoroughbreds revolve, grandson Galileo became a latter-day sun in a parallel universe, spawning sons and daughters that will influence the Thoroughbred worldwide for generations to come.

Arguably a larger sun in an even grander universe.

Hard on the hooves of the passing of memorable 1991 Breeders’ Cup Juvenile Champion Arazi last week at 32 from the infirmities of old age, Coolmore Ireland stunned the racing world with the news that Galileo was peacefully euthanized at the age of 23 “…due to a debilitating, medically non-responsive injury to his left fore foot” following reports of surgery earlier this year.

“It is a very sad day, but we all feel incredibly fortunate to have had Galileo here at Coolmore. I would like to thank the dedicated people who looked after him so well all along the way.

“He was always a very special horse and he was the first (Epsom) Derby winner we had in Ballydoyle after M.V. [Vincent] O’Brien,” added Magnier. “I would also like to thank Aidan [O’Brien] and his team for the brilliant job they did with him.”

“Brilliant” is an almost understated word to apply to the racing performance and certainly the breeding success of Galileo. “Singular” might be better.

Galileo was an impeccably bred son of Sadler’s Wells—named after London’s famed dance theater—himself a Kentucky-bred son of Northern Dancer (out of Fairy Bridge by Bold Reason).

Sadler’s Wells had a brief, but highly successful racing career at two and three (11:6-4-0) under the tutelage of M. Vincent O’Brien.

Running in England, Ireland and France, he won three Group 1 races including the Coral-Eclipse Stakes (ENG-1), the Irish 2000 Guineas (IRE-1), and two Group 2 contests. He placed in both the Prix Du Jockey Club (FR-1) at Chantilly and the King George VI and Queen Elizabeth Diamond Stakes (ENG-1), then sponsored by DeBeers. He was named 1984 Champion Miler in France.

Notwithstanding racing success, blue-blooded sons of Northern Dancer were bred to breed.

Retired to stud at Coolmore in 1985, Sadler’s Wells became the United Kingdom’s leading sire by earnings in 1990. He would lose that title the next year, but regain it in 1992 and maintain a stranglehold on it for over a decade through 2004. Pensioned in 2008, he passed at home in Ireland of natural causes Apr. 26, 2011.

Sadler’s Wells set a high bar for success as Europe’s then most successful sire. He became the first Thoroughbred stallion to have sired 200 stakes winners. His progeny won six G1 Breeders’ Cup events in the U.S. Among his most famous offspring were Montjeu, Yeats and High Chaparral.

But to change the future course of the Thoroughbred, he needed to sire only one: Galileo.

Foaled out of 2003 Prix de l’Arc de Triomphe winner Urban Sea (by Miswaki), Galileo would be trained by Vincent’s son, Aidan O’Brien, who would carry on the family business: Winning world-class races.

Galileo’s racing career too would be brief (8:6-1-0), but what a career it was, winning six races in all, and five group races, including four Group 1 contests, in 2001 alone.

Remaining on the turf under regular rider Mick Kinane, he would count the Irish Derby (IRE-1), the Vodafone Derby (ENG-1) and the King George and Queen Elizabeth Diamond Stakes (ENG-1) among his victories.

In a memorable running, he would fall short by only a head to rival, Godolphin’s Fantastic Light, in the Irish Champion Stakes (IRE-1) at Leopardstown. Still, Galileo would be chosen Cartier European Horse of the Year.

Following that 2001 season, Galileo was retired to the Coolmore family business: Siring winners.

The most sought-after sire in Thoroughbred racing can count 20 sons among his offspring that have themselves sired Group 1 winners so far.

Among his progeny are 2019 Arc winner Waldgeist, Found, Magical, Highland Reel and Love, all stars in their own right.

But to alter the future course of Thoroughbred racing, he needed to sire only one: Frankel.

Foaled in 2008 out of the Irish mare Kind, by no less than Danehill, a super-sire in his own right, Frankel is regarded by many as the greatest racehorse ever, certainly in European turf racing.

Trained by mercurial Sir Henry Cecil and ridden by Tom Queally throughout his racing career, Frankel bested  half-brother Nathaniel in their 2010 maiden race, then went on to win three more races that year, including the Dewhurst Stakes (ENG-1).

Named 2010 Cartier European Two-Year-Old Champion, he would only get better the following year, capturing the 2000 Guineas, the QEII and the St. James’s Palace Stakes, all Group One, among his four wins that year as Cartier Three-Year-Old European Champion.

Frankel ran and won five times in his final 2012 racing season. All were Group One contests. He ended his Champion European Older Horse racing career with a memorable finish in the Qipco Champion Stakes, a race in which he completely missed the start:

To grasp the magnitude of Galileo’s importance to the breed as a sire, imagine if son Apollo had wrested the crown from his father Zeus, King of the Greek gods, through his earthly accomplishments.

Over the course of a near-two-decade breeding career, Galileo was the UK’s Champion sire by earnings 12 times. His offspring earned 92 Group and Grade 1 victories and still counting—perhaps for a long time—at his passing.

His latest breeding fee, private and by application only, reportedly ranged between $350,000 and $800,000. Galileo himself was valued at nearly $200 million. His yearling prices routinely exceeded $1 million.

“The effect he is having on the breed through his sons and daughters will be a lasting legacy and his phenomenal success really is unprecedented,” said (John) Magnier of Galileo’s passing.

“He was unique and we will never see the like of him again,” suggests trainer Aidan O’Brien. “The determination he put into his offspring was something else—that’s what made him different.”

On Saturday evening, mere hours after Galileo’s passing, another son, Bolshoi Ballet, danced to a tribute victory in the Belmont Derby Invitational:

And so the legacy goes on.