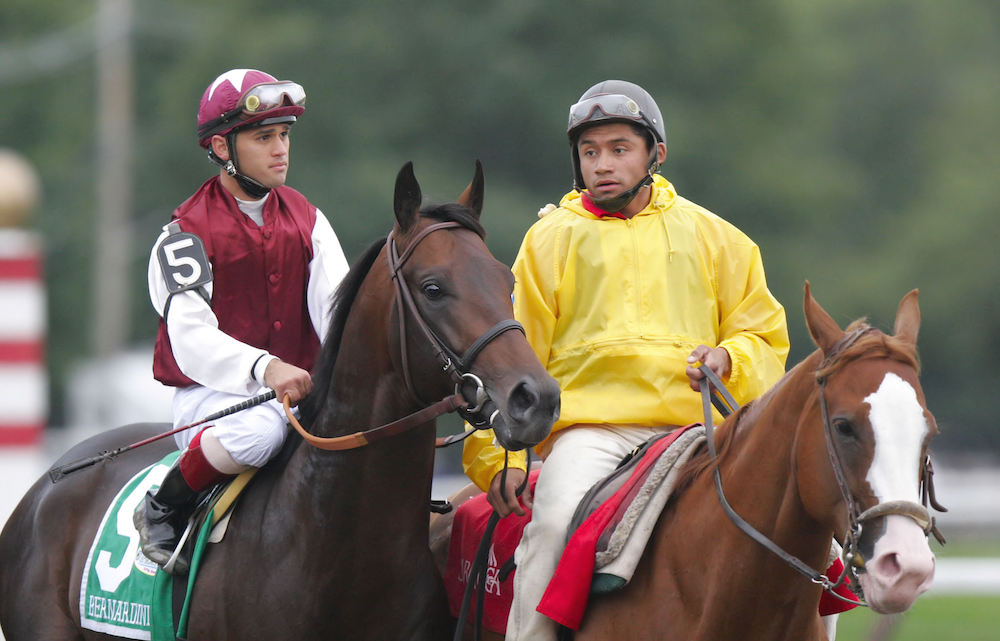 Darley America has announced 2006 Preakness winner (G1), Eclipse Award Three-Year-Old Champion and leading sire Bernardini was euthanized earlier today at its Jonabell Farm at age 18 due to complications from laminitis.

“Bernardini was one of a kind,” said Godolphin USA director of farm operations Michael Banahan in the announcement. “From the day he was born, he exuded class. His brilliance was only surpassed by his wonderful character. It was an honor to be a custodian of this classic-winning stallion whose legacy will live long as a broodmare sire.”

Feature image: Bernardini, with Javier Castellano Up, Before Winning the 2006 Travers Stakes at Saratoga Race Course. By Cheryl Ann Quigley