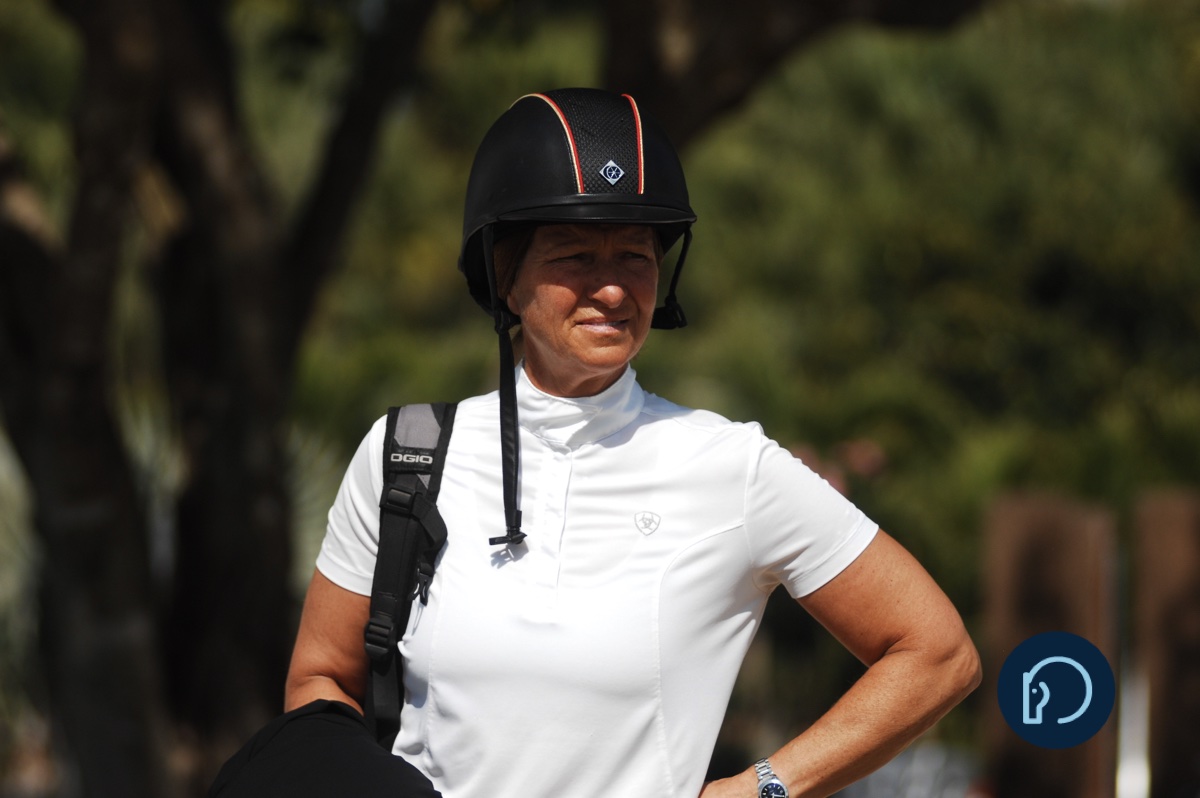 Team USA Jumping takes on its final Observation Event this weekend in Rotterdam, The Netherlands, before naming its team for the upcoming Olympic Games in Tokyo.

But, rather shockingly, we already know that two-time Olympic gold medalist Beezie Madden will not be on that team.

Madden, a member of the four-person U.S. squad in the Longines FEI Jumping Nations Cup™ of The Netherlands, elected not to return for the second round after producing a five-fault effort aboard Garant in the first round of the competition. Madden and Garant left all the jumps up, but the pair had a foot in the water and added a time fault to their score. Team USA—consisting of Madden, Adrienne Sternlicht (Bennys Legacy), Lucy Deslauriers (Hester), and McLain Ward (Contagious)—would ultimately finish seventh in the event on a 16-fault total.

After Garant’s extraordinary effort in the first round of today’s Nations Cup in Rotterdam, Beezie, John, and Mrs. Wexner have decided to withdraw Garant from consideration for the US Olympic Team this year. We all believe strongly in Garant’s future as a championship horse, but know it’s not the right time for him yet. We hated to let our country and teammates down today, but the only thing more important than the team is the horse.

“I love Garant and wouldn’t trade him for any other horse in the world. He is healthy and sound, but just is not quite ready for what the Olympics would ask of him. We have to put his best interests first,” said Beezie.

Fortunately, the short list for the US Show Jumping Team remains strong and we have no doubt the riders and horses chosen will make the United States proud in Tokyo. All of us at Team JMS look forward to cheering them on next month.

It was a tremendous display of horsemanship, and surely it was not an easy decision to make, particularly given that Tokyo was set to be Madden’s final Championship appearance before taking a step back from high performance sport and focusing on developing the next generation of horses and riders.

But the road to Tokyo did not go entirely as planned for Madden. Before the date of the originally scheduled Games in 2020, a deal was put in place to sell Madden’s top mount, Darry Lou, with the contingency that the sale would not be completed until after the Olympics. When Tokyo was postponed, however, that sale was accelerated, leaving the talented but still-young Garant as Madden’s top Olympic contender.

An additional year of preparation certainly aided Madden’s efforts to develop her now-10-year-old mount, but ultimately, a little more time is still needed for this horse to be at a championship level. Garant has made less than 10 career starts at 1.60m, with just five CSI5* Grand Prix starts. (Keep in mind, the temporary halt to the competition calendar due to the global pandemic certainly resulted in some lost time and experience). The chestnut did, however, place in both the CSI5* Hubside Jumping Grand Prix last month in St Tropez and the CSI5* Douglas Elliman Grand Prix at Wellington, FL’s Winter Equestrian Festival in February. Rotterdam marked the gelding’s first CSIO5* Nations Cup competition.

The question remains: Was this the last time we’ll see Beezie Madden in a red coat?

This writer certainly hopes that’s not the case, but I’m also grateful to have grown up admiring a rider that always put her horses first. On behalf of many, thank you, Beezie.