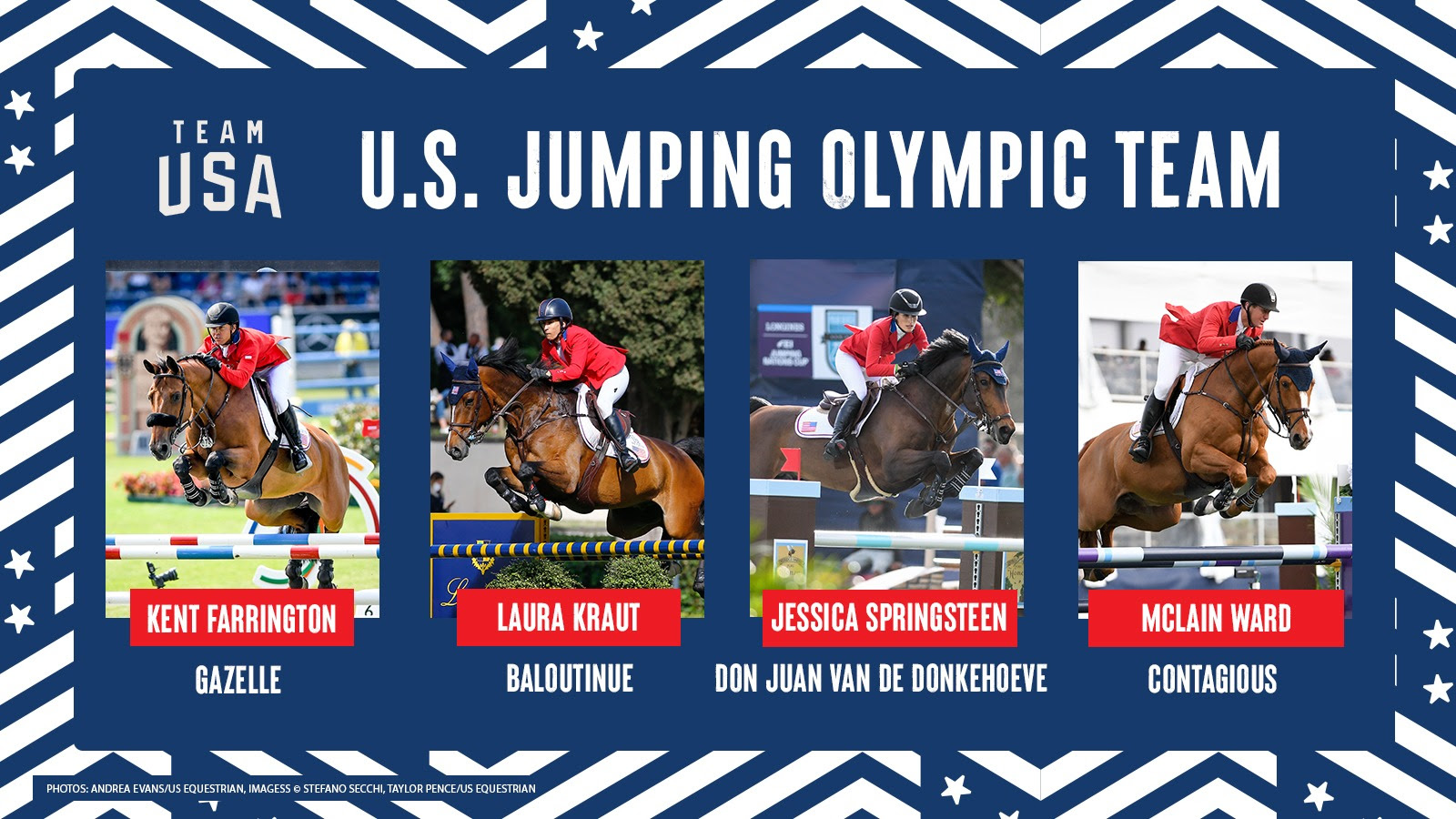 US Equestrian has announced, at long last, who will represent the nation in the upcoming Tokyo Olympic Games.

With a new format allowing for a shrunken-down three-person squad and an extremely deep pool of talented combinations from which to choose, this spring’s selection process may have been one of the most difficult Robert Ridland and his team of advisors have encountered in recent memory.

Given the specifications of this new format, four riders were announced as “Team USA.” While just three riders will be able to compete in team competition, the fourth rider—officially declared to the United States Olympic & Paralympic Committee as the Traveling Reserve—can be used and would have the potential opportunity to compete as an individual or as a substitution. Between the end of the individual final and up to two hours before the start of the first team competition (these competitions will now happen in reverse order from previous Games), combinations may be changed. One substitution may also be made between the end of the team qualifier and the start of the team final.

Itching to find out who made the cut? Without further ado, here they are:

World No. 5 Kent Farrington is the highest-ranked U.S. rider and was the highest placed American at the last Olympic Games in 2016, where he contributed to a team silver medal and just missed the individual podium aboard the now-retired Voyeur.

Gazelle, meanwhile, is the reigning International Horse of the Year by US Equestrian. The 15-year-old Belgian Warmblood mare, owned by Farrington in partnership with Robin Parksy, did not have her best outing when putting forth a 4/4 performance for Team USA in the nation’s first Observation Event, the FEI Nations Cup™ of Rome (ITA), in late May.

But Farrington has a superior skillset when it comes to preparing a horse to peak at the right time, and Gazelle’s recent form has been stellar. The pair jumped to victory in the CSI5* Grand Prix at Hubside Jumping in St Tropez (FRA) on June 20 and kept all the jumps up, with just a single uncharacteristic time fault, in the CSI5* Rolex Grand Prix at Royal Windsor over the weekend. Given how rarely Farrington finishes a round with a time fault, I can’t help but wonder if that was a strategic move here. There’s no need to let too much out of the tank with Tokyo around the corner.

Laura Kraut is an Olympic gold medalist, contributing to a team victory in Beijing in 2008 aboard the great Cedric. Her partner Nick Skelton (GBR), however, has two golds in his possession. Kraut has been hungry to equal Skelton’s medal count, but heading into 2021, it was uncertain which horse would give Kraut her best shot at making a third Olympic team.

The talented mare, now owned by St. Bride’s Farm, was acquired for Kraut just in April. They not only won their first FEI grand prix as a partnership, but also finished second in the CSIO5* Rolex Grand Prix of Rome in May. Another clear effort in the CSI5* Rolex Grand Prix at Royal Windsor only further cemented this partnership’s status on Team USA.

Springsteen has quietly been making her case for Olympic consideration since early 2020, when she was part of Team USA’s winning performance in the Longines FEI Jumping Nations Cup™ USA in Wellington, FL.

This year has been a breakout season for her mount, the 12-year-old Belgian Warmblood gelding owned by her family’s Stone Hill Farm. The flashy bay cracked the top five in CSI5* competition at the Winter Equestrian Festival this winter before making the podium with a third-place finish in the CSI5* Rolex Grand Prix of Rome in May. This horse has not knocked more than a single pole down on course this year.

McLain Ward is undoubtedly the team captain of this group, having appeared in the last four Olympic Games for the red, white and blue. His current tally: two team gold medals and one team silver.

Ward had high hopes for Beechwood Stables’ Contagious heading into the 2019 Pan American Games (PER) before a minor injury took him out of consideration for the event. The chestnut has come back in fighting form this year and produced a brilliant double-clear performance for the U.S. in the FEI Nations Cup of Rome in May. Over the weekend, this pair took runner-up honors in the CSIO5* Longines Grand Prix of The Netherlands in Rotterdam.

Fun fact: Beechwood Stables acquired Contagious for Ward from none other than Reed Kessler, who became the youngest show jumping competitor in Olympic history when representing the U.S. in London in 2012.

The youngest riders on the Short List at 19, Brian Moggre and Lucy Deslauriers impressed on the European circuit during Team USA Observation Events.

Moggre and Balou du Reventon won the CSIO5* Longines Grand Prix of Poland in June, with Deslauriers and longtime mount Hester finishing just behind them. Deslauriers also led the U.S. in the Longines FEI Jumping Nations Cup™ of The Netherlands, producing the team’s only double-clear performance. Unless these young riders shockingly decide to pursue other interests, I have a hard time believing they won’t be on another Olympic team (or several) in the future. They are bright talents and reaffirm the large pool of talent currently competing for the United States.

Olympic show jumping competition in Tokyo will begin on August 3 and continue through August 7 at the Equestrian Park venue.