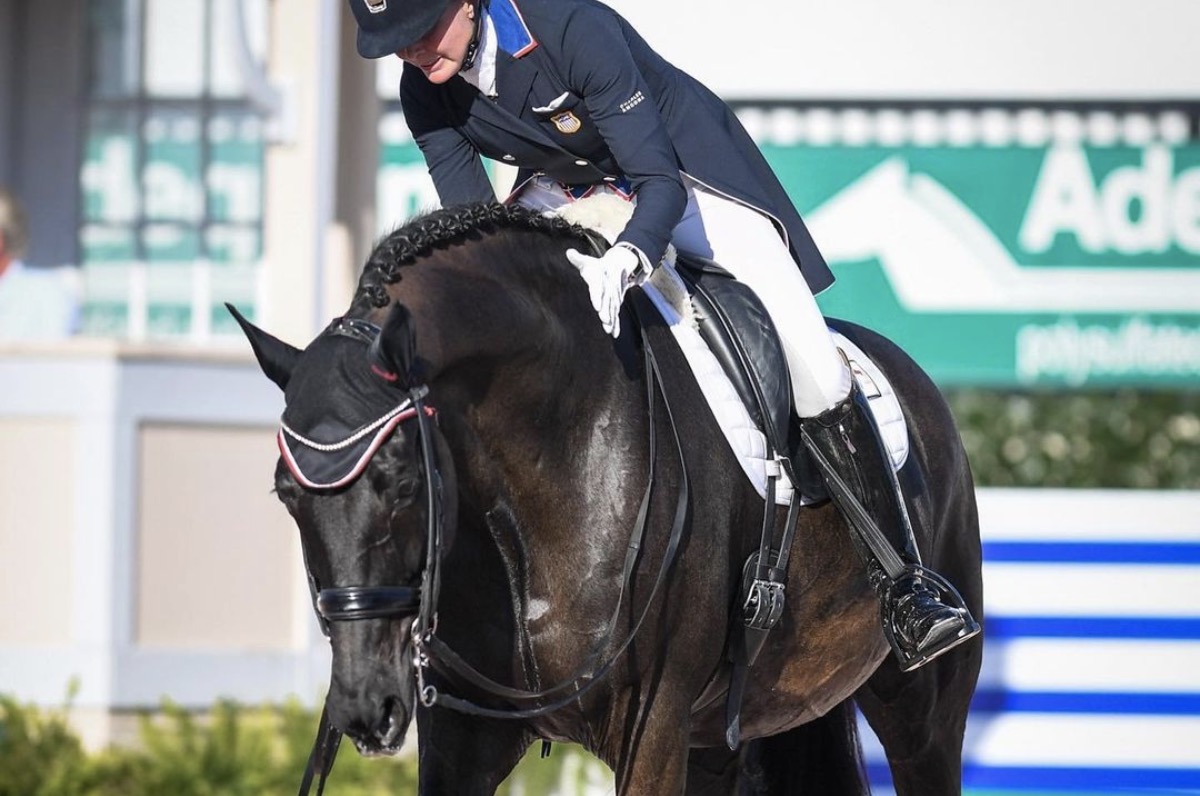 Katherine Bateson-Chandler and Alcazar are out of contention for Olympic selection after the 16-year-old horse picked up an injury ahead of this week’s observation event at Palm Beach International Equestrian Centre in Wellington, Florida.

“So. Some not great news. Unfortunately Lonzie has sustained a minour [sic] injury that will take us out of the observation event next week here in Wellington…. We want to give him all the time he needs to heal and not try and push on at the risk of his future health. Of course we are all disappointed but we will live to ride another day! I’m so proud of my friends who have slogged away qualifying for next week and can’t wait to cheer everybody on. Forwards and onwards 💪💪💪GO USA 🇺🇸”

British born Bateson-Chandler moved to the USA when she was a teenager and then spent 16 years at the yard of Olympian and former U.S. dressage team chef d’equipe Robert Dover, becoming his assistant by the time he retired. In 2010, she represented the red, white and blue at the World Equestrian Games in Kentucky riding another Jane Clark owned horse, Nartan.

Her partnership with Alcazar began in 2015 and they have the distinction of winning Grand Prix every season since. In February, the pair were part of the silver medal winning team in the FEI Nations Cup at the Global Dressage Festival. The injury to Alcazar is a blow to U.S. team medal hopes in Tokyo—had they been selected, they were a solid and consistent combination.

Fifteen combinations have been named to the U.S dressage team Olympic short list. The team for Tokyo will be announced on June 21st.