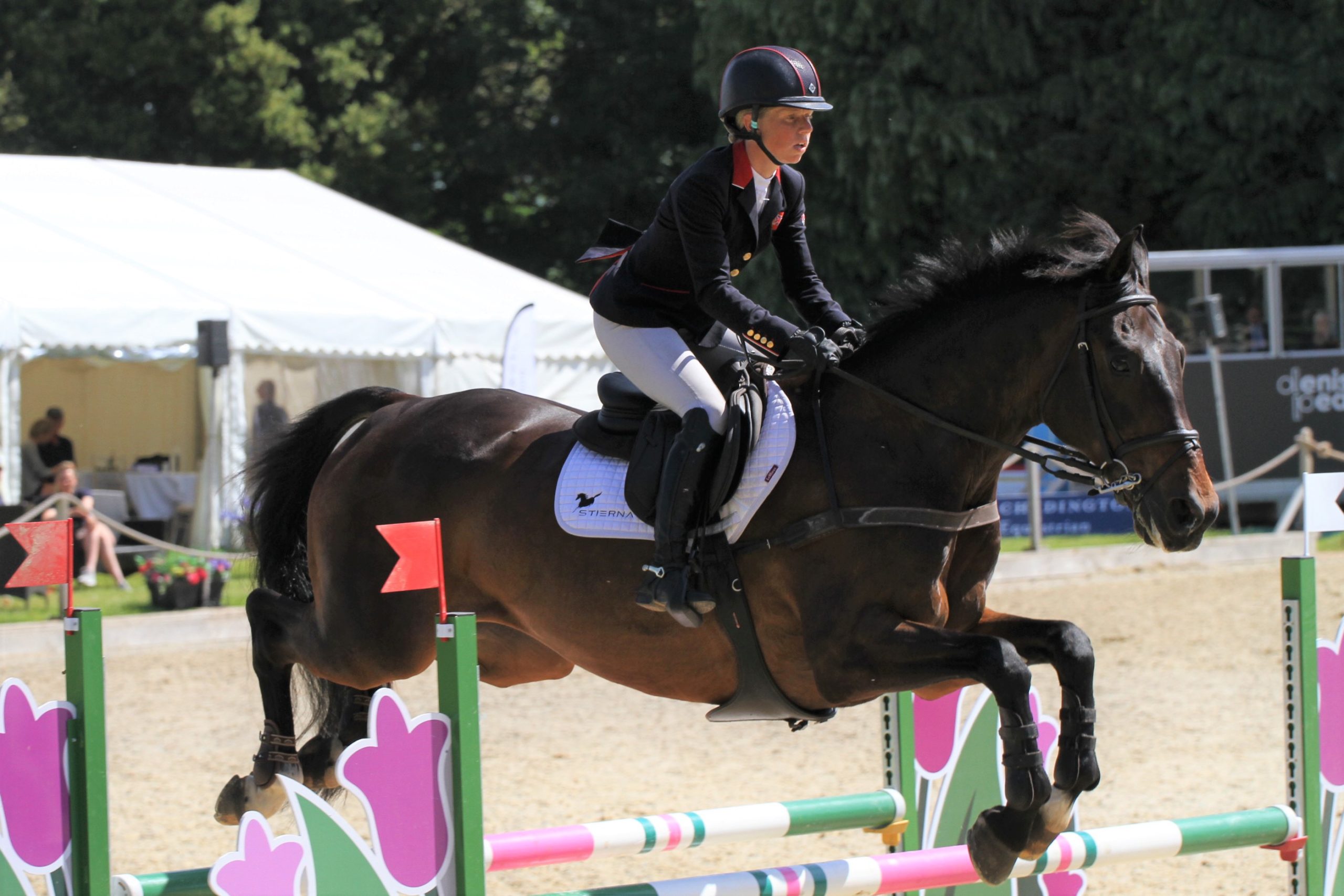 When Ros Canter jumped the final fence at the 2018 World Equestrian Games (WEG) to take the individual title riding All Star B, no one was more surprised than the unassuming, now-35-year-old from Lincolnshire in the East of England. It was, “the stuff dreams were made of,” she said at the time.

Her win also helped the Brits to a Team gold medal, led by Performance Manager Chris Bartle, who had previously coached the German team to a succession of championship wins. In fact, it would be Bartle, a former Badminton winner and Olympian himself, that was to have a big influence on Canter’s career.

Having won in such fine style, the newly crowned World Champion took most of 2019 off to have her baby girl, but once back in the saddle, wasted no time in demonstrating that her WEG result was no fluke. Despite curtailed sport in the U.K., Canter has continued to clock up wins and placings, most recently a four-star victory at Aston Le Walls; both three-star sections at Houghton Hall; and—last week—she rode three horses, including Allstar B, into the top-ten at CCI4* Bicton, with three double clear rounds. In fact, it took two of her gold medal-winning teammates to prevent her from taking that victory also!

Canter is currently on the shortlist for the Tokyo Olympic Games and the European Championships and has become a highly sought-after trainer and clinician. At a recent clinic, she commented, “I know it sounds odd, but I am not the bravest rider, and I would do well in classes but miss out on winning because I would get time penalties, no matter what I did. [I] always wondered how the other riders [could] go faster, and I would ask them, and get odd looks!

“It was not combinations and skinnies that bothered me—we train so much for those—but rather, big tables in the middle of fields that I felt I couldn’t gallop to. But then, I went to Chris Bartle for some training, and that changed everything. [I was] fifth at Badminton, then third, and then I won the World Championships!“

Bartle encouraged Canter to ride more forward across the country with a longer rein, but while maintaining the contact. As a rider, that meant that she could sit in a more upright and secure position, while making the most of her core strength. As she approached a fence, the position also made her much safer if her horse stumbled or fell. Bartle and Canter also worked out their own method for assessing her courses, so Ros has a clear plan in her head before she leaves the start box.

“Now, I have a system I believe in, and a different way to ride. If I feel out of control, instead of trying to slow or shorten the horse right in front of a fence, I lengthen my rein and take a different, safer position. That is not to say I don’t make adjustments, but when I walk the course, I look for the preparation point before a fence, rather than worrying so much about the fence, itself.

“[This is also] something I can apply, in many cases, to showjumping tracks. I think about the rhythm and jumping out of that rhythm, and if I do my job preparing the horse when we get to the fence, the horse can do its job and jump.“

Ros Canter and the rest of the shortlisted British riders are expected to find out who travels to the Tokyo Olympic Games this week.