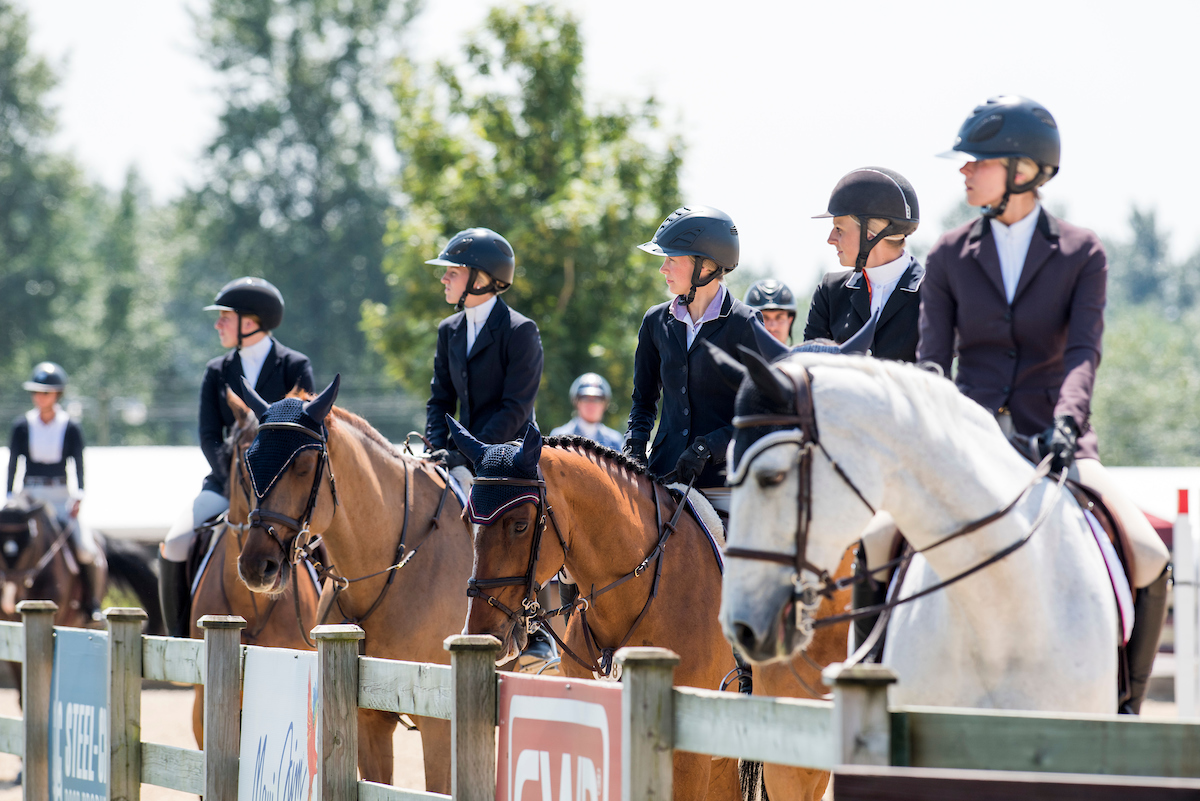 Fill out a horse show entry form and you’ll inevitably get to the part that itemizes all the extra fees.

On top of stabling and nomination charges, there may be an exhibitor fee and a paramedic fee. Sport levies and drug fees are common. More recently, a COVID fee has been making the list.

The one fee that can be a bit of a head scratcher though is the competition fee. To compete at a sanctioned show, you must belong to both your provincial/territorial and national federations, which requires paying their respective membership and sport license fees. To host a sanctioned event, competitions must pay the national federation a pre-set sanctioning fee, which is often passed along to competitors as an additional $7 to $30 EC “competition fee.”

If you’ve ever wondered about that charge, you’re not alone. Both the Canadian and American national federations—Equestrian Canada (EC) and U.S. Equestrian, respectively—have come under increasing scrutiny of late as members question the value proposition they bring to the table. Some events in the States have gone so far as to align with an alternative sanctioning body—notably, the World Equestrian Center and its partnership with the National Snaffle Bit Association. Others have questioned the need for sanctioning at the grassroots level at all.

Which begs the question, what does the competition fee actually buy you?

The short answer to that question, according to EC President Christian Sorensen and leading event organizers Chris Pack of Thunderbird Show Park (tbird) and Christine Reupke of the Royal Winter Agricultural Fair (RAWF), is that sanctioning ensures safety.

That’s not just a feel-good, catch-all justification either, said Sorensen. A show sanctioned by the national federation is required to adhere to clearly defined rules and regulations designed to protect both horse and rider welfare and the interests of event organizers.

“From an organizer perspective, I think a lot of people underestimate the exposure, legally, to not being sanctioned,” explained Sorensen. “It’s one thing if everything goes well, but if a rider falls off and there’s an injury or a horse welfare issue, all of a sudden that falls back on the organizer. If they don’t have a complaints process, it’s going to be a problem for their insurance and you’ll have a real issue. It’s a massive risk to host an unsanctioned show.”

For competitors, sanctioning translates to consistent standards, he continued. Events affiliated with EC are required to have specially-trained personnel on site, including EC officials, and must adhere to all federation guidelines and specifications.

“For the competitors, they know that a sanctioned show is going to have breakaway cups and safe facilities, that they are competing in an environment that has safeguards in place for both their child and also from a horse welfare point of view,” said Sorensen. “It’s the assurance that there are established rules, mechanisms and complaints processes that officials can use to enforce a safe and fair playing field—everything from tack and medication to conduct and emergency protocols is considered.”

Reupke concurs with that assessment. As event director for RAWF in Toronto, ON, and both an EC certified Official and a board member for Ontario Equestrian, she is intimately acquainted with all aspects of equestrian competition.

“In running horse shows, I’ve never considered not running a sanctioned event,” Reupke said. “Having a standardized set of rules leads to regulations that ensure the welfare of the horse. You’re getting into fair play, safety and now with concussion protocols and Safe Sport—that’s important stuff.”

Those standards also provide reassurance to the officials, she notes. Reupke officiates between 20 and 30 competitions in Canada each year. “As a licensed official working at a sanctioned event, you have a sense of comfort, security and safety,” she said. “You know that you have a set of rules to back you up on decisions you make. Additionally, from a legal standpoint, if you follow the rules, you are protected.”

Thunderbird Show Park has run EC sanctioned events almost exclusively since its inception nearly five decades ago. When the BC venue ran an unsanctioned “tbird Rendezvous” series in the summer during the pandemic, Pack requested special permission to have EC officials on site.

“We wanted the same level of safety and knowledge that you can get in an EC certified Official,” he said. “We felt that was important; we wanted to keep that standard.”

Indeed, show standards are a topic that has been much discussed as of late. EC’s regulatory role has been in the spotlight with the extraordinary circumstances that engulfed 2020—and are ongoing in 2021. In the midst of the global COVID-19 pandemic and, later, the spread of equine herpesvirus (EHV), it falls to the national federation to establish the protocols that allow for a safe return to competition while addressing unprecedented and changing conditions.

“It was a prime example of why you should be a sanctioned event,” Reupke said. “I’ve been on the task force at EC, and I’ve seen what the staff has done and how many volunteers they’ve gotten—all of which had expertise in the field. They have access to those resources and are doing the leg work for you.

“I couldn’t afford to run my horse show if had to do that on my own. EC is going to hand me the documentation, and I just have to follow it. If I had to write my own concussion protocol, if I had to have my own COVID guidelines, I would not be able to have horse shows. The governing body does all of that work for you.”

As a result of those guidelines, Thunderbird was able to host the only international event held in Canada last year.

Beyond governance, EC sanctioning grants events access to an array of national class offerings—like the CET Medal—that raise the level and credibility of an event. The federation’s recognition by the FEI allows organizers to add international classes to their schedules as well—something the World Equestrian Center forfeited in 2021 by aligning with a non-recognized sanctioning body. In Canada, those international classes include season highlights like the Longines FEI Jumping World Cup™ Toronto at The Royal and the Longines FEI Jumping Nations Cup™ of Canada at Thunderbird. With prestigious classes come high standards.

The benefits extend far beyond the horse show, he adds. Prestigious classes like the Nations Cup attract riders from across the globe to Thunderbird Show Park and, by extension, to the Langley area. The economic impact is significant and trackable, factors that facilitate tbird’s partnership with Destination BC, a provincially funded, industry-led Crown corporation that supports British Columbia’s tourism industry.

“The impact and GDP that people bring in during the horse show,” Pack said, “is second only to Rugby Sevens on a per-event basis.”

With rules and regulation come attention to detail, which often results in lengthy written protocols and rule books. The balance, Reupke explained, must be found between ensured safety and ease of implementation.

“People often get short-sighted, because they focus on the restrictive nature [of regulations at sanctioned events] rather than the safety net it provides you,” she said.

“Everyone has to engage, everyone has to work twice as hard now because of COVID, but [EC] has done so much of work for you,” Reupke said, “even with their regular emergency protocols—for hurricanes, tornadoes, fire, [etc.]. They’re making the organizer think about [those things], and you’ve got a plan. Those are important distinctions.”