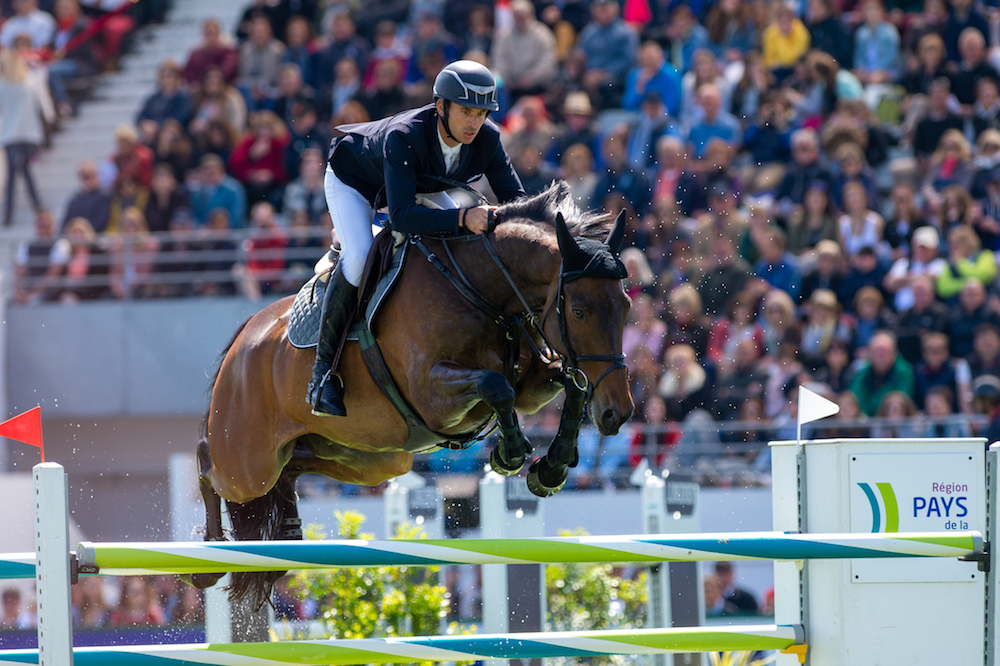 In Elgg, Switzerland, World No. 1 Steve Guerdat is preparing for the upcoming Tokyo Olympic Games—with some apprehension.

“Is it OK to vaccinate athletes, knowing that there are not enough vaccines around the world and that there are people dying every day who could perhaps have benefited from the vaccines that we are going to keep for athletes?” Guerdat asks in a moving video interview with AFP News. “It’s complicated. Sometimes I feel a bit guilty about continuing.”

The individual gold medalist at the 2012 London Olympic Games, Guerdat is undoubtedly a favorite to earn another podium placing in Tokyo. But these Games will be far different from his past experiences representing his country. Following a yearlong postponement, the global pandemic continues to impact host nation Japan, with just 2.3% of the country fully vaccinated. Foreign spectators will not be permitted, and strict protocols have been put in place that will limit interaction during an event that typically celebrates congregation. Still, Tokyo remains in a state of emergency, and the U.S. issued a “do not travel” advisory for Japan earlier this week.

An Asahi Shimbun survey published in Japan this month revealed that 83% of voters are against holding the Games this summer—43% voted in support of cancellation, while 40% said they should be “postponed again.” Fellow Olympic gold medalist Eric Lamaze (CAN) announced he has taken himself out of consideration for Olympic selection on May 17.

“I don’t know exactly what the health rules are in Japan, but in any case, people aren’t leading normal lives and face many restrictions because we want to allow people who are in good health, who are young, who live well, to go and practice their sport in their country,” Guerdat said.

It’s easy to see both sides of the argument when it comes to the question of, “Should the Olympics happen?” The Games have been viewed as a symbol of global hope and triumph, with the title “Tokyo 2020” remaining to serve as a “light at the end of the tunnel in which the world finds itself.” Moreover, the financial implications for both the International Olympic Committee and the country of Japan are more than significant. While both will already take a hit from restricted ticket sales, the majority of revenue comes from broadcast, which would still be possible even if no spectators are present. According to Reuters, “Japan stands to lose 1.8 trillion yen ($16 billion) if the Olympics were cancelled.”

Guerdat doesn’t claim to have the answers.

“On the other hand, I tell myself that I’m not going to change things on my own, and that’s complicated. It’s something that prevents me from sleeping from time to time,” he said.

He concludes his interview with a poignant thought:

“So, we are going to be arrogant enough to strut around with a medal when some people are stuck at home to allow us to do that?”