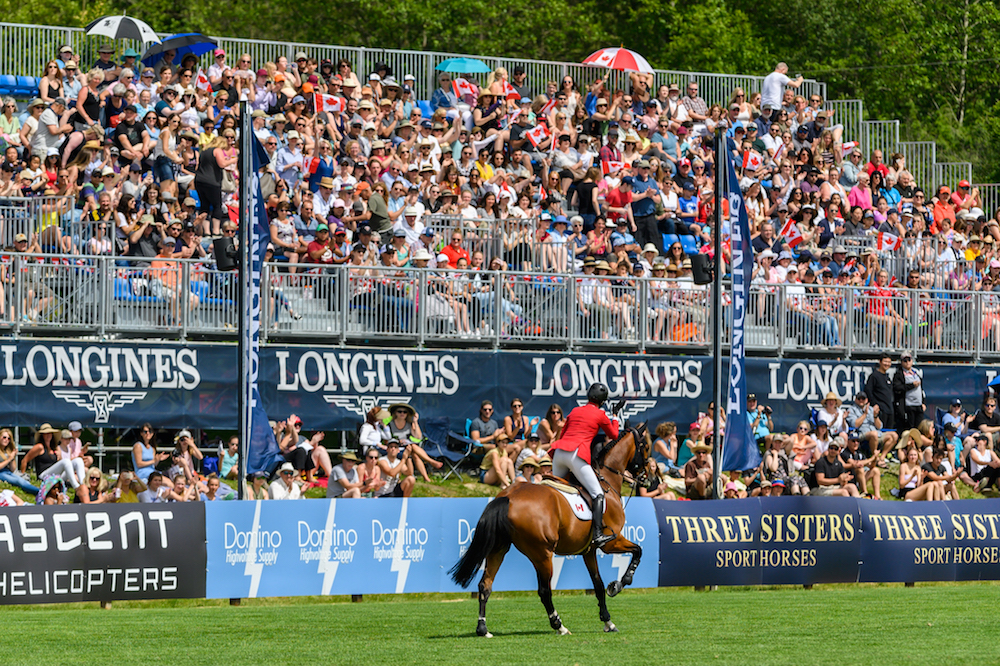 The bad news: there will be no Longines FEI Jumping Nations Cup™ of Canada at Thunderbird Show Park this year.

The good news: no international riders will be subjected to these shenanigans in 2021?

The CSIO5* Longines FEI Jumping Nations Cup™ of Canada—aka, the historic event that surprises and delights riders and spectators in equal measure—has been cancelled for 2021.

Hosted by tbird, the event is the last of three legs in the North and Central American and Caribbean division and was originally scheduled to run during tbird’s Odlum Brown BC Open tournament on June 6, 2021. It’s been cancelled as a result of a Provincial Health Authority announcement made April 19 that extended British Columbia’s current health order due to the ongoing global pandemic.

“With the announcement from the Provincial Health Authority extending and adding to the current restrictions, it is with great regret we are unable to host the Canadian Premier and Odlum Brown BC Open,” said Chris Pack, President of Thunderbird Show Park. “Instead, we’ll pivot and plan for a 3-week tournament series in June and July, adding an extra week before our West Coast Classic and Western Family tournaments, and a three-week tournament series as planned in August.”

Located in Langley, BC, tbird hosted its first Nations Cup event in 2016 and was awarded the Longines FEI Jumping Nations Cup™ for a three-year term at the end of 2018.

“We’d like to thank Longines as well as the BC Open’s title sponsor Odlum Brown for their continued support of our venue,” Pack said. “The BC Open and the Longines FEI Jumping Nations Cup™ of Canada have become highlight events on our calendar at tbird, and we all greatly look forward to their return in 2022.

“We know this is the right choice for our community, and we appreciate everyone’s continued support. We will release more details about entering the new third week in July in the near future.”