King Fury Spikes Fever and Is Scratched from Kentucky Derby 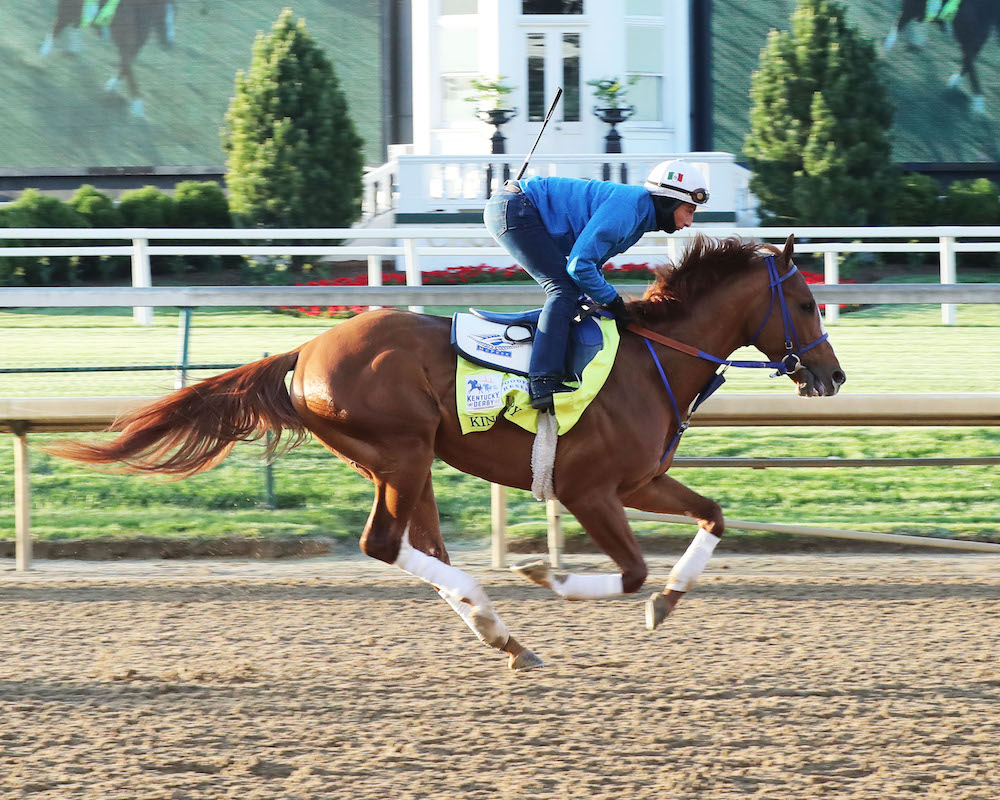 King Fury has been scratched by trainer Ken McPeek from Saturday’s Kentucky Derby after spiking a 104 degree fever and a heightened white cell count following an early morning workout and later going off his feed.

“We have to do the right thing by the horse and he’s obviously not 100 percent,” said Mc Peek in announcing the scratch in a Tweet, citing veterinary advice. “This is a horse who has been doing well all week.”

The son of Curlin won the Lexington Stakes (G3) on April 10, his lone race and win on the year. King Fury is 6: 3-0-0 lifetime. Earlier defections brought him off the bubble and into the 20-horse field. He was to be ridden by Brian Hernandez Jr. His workouts have been impressive and the current 23-1 longshot was gaining support from knowledgeable handicappers.

Having drawn post position 16, Churchill officials announced horses in post positions 17–20 will move over one gate. Highly Motivated moves to gate 16 and Super Stock takes over gate 17, the one gate from which no horse has ever won a Kentucky Derby.

McPeek indicated King Fury will be pointed toward a summer race, most likely the Aug. 28 Travers Stakes at Saratoga, NY.

“I feel gutted for all the people who worked to get him ready for this race,” concluded McPeek.