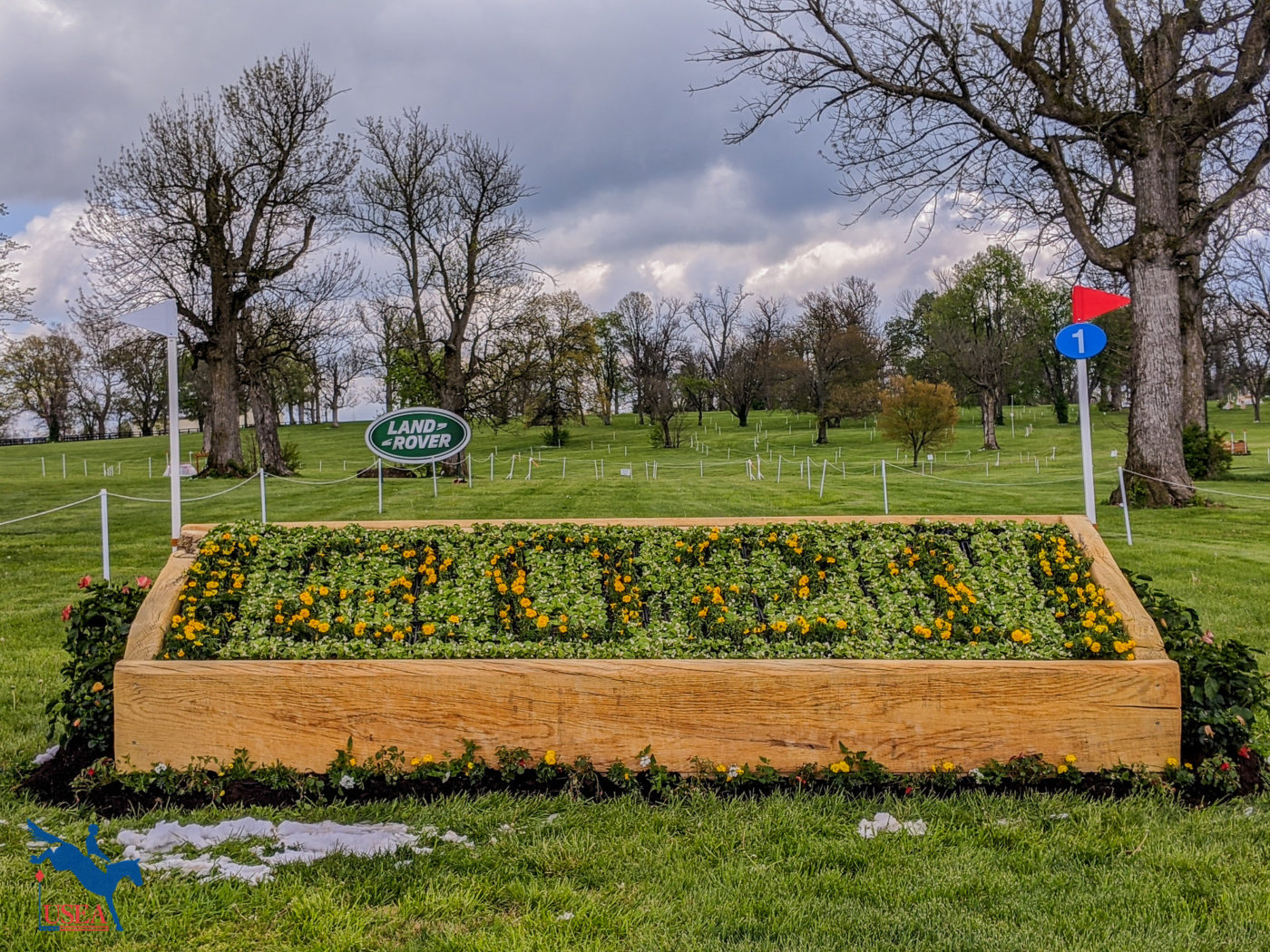 The general consensus on the ground is that course designer Derek di Grazia has built one of the most challenging five star Kentucky Three Day Event (K3DE) courses to date.

What remains to be seen is how the best horse and rider pairs in the world, many of whom have been out of action for the past year, will handle the test.

Possible factors IN ADDITION to the 4.25-mile (6,840-meter course) with a time allowed of 12 minutes or less, and 28 fences totalling 50 jumping efforts at an optimum speed of 570 mpm?

Well, there are a few.

It’s not just that it’s supposed to be wet. It’s COLD and wet with a near 100% chance of rain and forecast highs barely in the 50s. Nobody likes being cold and wet. Not horses, not riders, and not horse show photographers. Just saying.

The organizers of the event have looked at the forecast and adjusted the timeline of the day already to try and improve the conditions in any way possible. The 5* horses will now jump in the morning, starting at 8:30am, followed by the 4* horses. The courses are substantially different though, which will help with the footing.

If you check out the CrossCountry App (available for free in the App Store), di Grazia outlines in detail the difficulties related to each of the important combinations on course. In this case, objects are much, MUCH larger than they appear.

What you really don’t get from the video or the photos is that the ground is not flat. Anywhere. From low grades to steep hills, the entire property of the Kentucky Horse Park is what could generously be described as “rolling.”

Once the ground gets wet it could range from holding to just gross. As Hawley Bennett said while commentating on the live stream Thursday: “Time for the really big studs.” Di Grazia does indicate that while it’s uphill in a lot of places, that means it’s downhill in others. #ohgoodanoptimist

This might be the real kicker. The British horses, for example, have had nothing but pandemic paired with typical horrid British spring weather. As three-time Kentucky winner and British Olympian William Fox-Pitt stated earlier in the week: “Our horses have basically done nothing for a year. We might be slightly under-prepared.”

Chef d’equipe of the U.S. team, Erik Duvander said: “When I first walked the course I thought it was one of the biggest tracks Derek has built. If there are any holes in your skill-set they will for sure show up.”

According to di Grazia, course designer for Tokyo Olympics as well as this weekend’s 4*/5* in Kentucky, the first real challenge will come at 4abcd the MARS Sustainability Bay water complex. It features a drop into water over a brush drop, and then a “very steep mound” to a cabin at the top of the mound.

There are alternate routes, which of course will cost you time and add jumping efforts to your day.

The second combination worth mentioning, which always gives issues, is 9abc, the Normandy Bank. This year it’s a little different, involving another steep bank to a cabin followed by a strong downhill turn to a chevron brush—if your horse lands well enough to make the turn. If not, there’s an alternate route which will mean more time and more jumping.

11ab/12abc is the famous Land Rover Head of the Lake. (The video in the app does not do this combination justice!)

There’s a BIG log jump/drop into the water (the “iconic” photos of horses fully extended dropping into water over a Rolex sign from the past 20 years? This is that jump), followed by a stump in the water.

As di Grazia mentions in the App video, the riders will have to make sure they are ready and maintaining their position upon landing, in order to make it to the stump. They will carry on up out of the water over a few other things and back into the water and honestly I got lost at “in then out then brush then new bank into the water and…”

There is, of course, an alternate route. It will take a week and a half. And seriously—12bc involves a tree. Actually.

14abc, the adorably named “Goose Bumps,” “actually encompasses quite a few things,” says di Grazia almost in passing. An oxer the size of my car, for one thing, followed by jumping a goose at “a very specific angle.”

But things like terrain here (up and down mounds) will influence speed and impulsion not to mention accuracy. All of which you need in spades, if you haven’t been keeping up.

And it goes on and on.

If you’re still listening at the point in the video (the combination starting with numbers in the mid-20’s) where di Grazia says: “by this point your horse has been galloping and jumping for over nine minutes and this will be a good test of fitness and stamina,” you’re in better shape than I am.

All joking aside—this is a massive test of everything these horses and riders have been working toward for their entire career. Some will come in clear within the time, possibly not many.

There are only seven events at this level in the entire world, and there’s a reason there aren’t many who can boast they’ve won a 5*. Another day we will have a conversation about the lengths the eventing world (and the scientific/tech community) is going to to make the sport and the obstacles safer (many of which are incorporated in these jumps). Until then, wishing everyone in Kentucky a safe, exhilarating day of good clean jumping at the #bestweekendallyear.

Check out the CrossCountry App (the free version works just fine for this and comes with detailed instructions) for the full set of photos and videos with Derek di Grazia and Nick Larkin.

Special thanks to USEA and CEO Rob Burke for the beautiful photos of the cross-country course!