Where Have All the Announcers Gone?

Home > Blog > Community Stories > Where Have All the Announcers Gone? 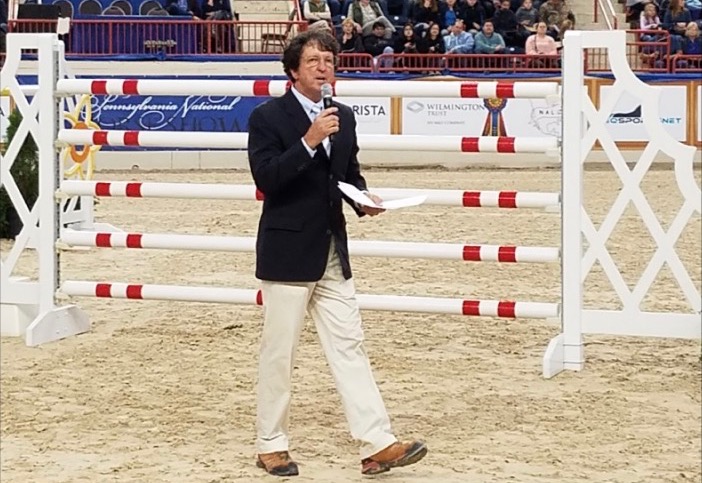 My father, Robert “Deacon” Doubleday, was a radio/tv personality in Syracuse, NY on the NBC affiliate WSYR.

His radio voice prompted friends to recommend an occasional horse show to announce, which he’d do on a weekend or during a vacation. Starting at small area shows his “equestrian career” blossomed to major success. He became the voice of some of the nation’s largest and most prestigious horse shows.

Travelling to one destination after another with my parents, I caught the horse show fever at a young age.

In January of 1972, during my senior year at the University of Miami in Florida, my father became ill and passed away. With no intention of following in his footsteps I asked my mother for permission to work as a barn manager in suburban Columbus, Ohio after graduation. Soon horse shows started asking the “next Doubleday” about announcing their events.

Not realizing the adventure it would lead me on, my announcing career started in grand style. It wasn’t long before I was off and travelling 40 weeks a year with a home base at this hunt club stable in Ohio. Although hunters and jumpers were my specialty, many other breed shows and discipline competition came a calling and soon I was a voice for Quarter Horses, Appaloosas, Morgans, Arabians, Saddlebreds, Heavy horses, Combined Driving, Steeplechases and much more.

I reflect on this early education all of the time because the familiarity with all kinds of horses and their competitions worked to my advantage in landing certain jobs at very large all-breed competitions such as Devon, the National (at Madison Square Garden), and Canada’s Royal Winter Fair, to name a few. Major show management opportunities were produced by this early knowledge of everything horse show.

These days though, I’m an anomaly. There are very few devoted and full-time announcers left in the game and it is a real shame. An announcer can make a horse show or a specific class. All it takes is a lot, and I mean a lot, of hard work, research, willingness to put in long hours, caring for the product and a great deal of enthusiasm.

Even after all these years, I get very excited when the word production is mentioned regarding a certain theme for a horse show. Planning and preparation gets ramped up. I have been fortunate to be a part of some incredible events—the Las Vegas World Cup Finals, the Royal Horse Show in Canada, and Saturday Night Lights at the Winter Equestrian Festival in Wellington, FL fit into this category. Engaging, educating and entertaining a packed house at a horse show is so cool and satisfying. There is nothing like it.

I’ll never forget the 1996 Atlanta Olympics. At 8:30 a.m. on the morning of the Show Jumping team competition, there were 40,000 people in stands who had been waiting for something to happen since sunrise, and it was already a hot day. The Olympic theme began, and in my earpiece the producer said, “It’s all yours.” Before I could get the word “Welcome” out the place erupted. Forty thousand cheering fans! I don’t think anyone heard my two minute introductory speech.

That day ended up being a long one due to a rain delay. I was terrified that I was going to leave the microphone on and have a “hot mic” moment on air. I made it through 10 hours of jumping, and to the podium, before I slipped up. I forgot to hit the off button for the only time that day, asking my producer if he wanted the riders to dismount for their medals. The riders all got off, a bit prematurely, and off we went with the ceremony.

It’s funny how the mistakes always stick in your mind.

At today’s horse shows, there are announcers who remain in their region or state, or within their breed or discipline and even work in various other positions at horse shows. I have seen people work on the grounds crew, progress to a paddock master role and then onto the main microphone as an announcer. This experience is very important to knowing the product. However, the work still needs to be done to make a difference. One can never be too prepared.

I have worked hard to develop a relationship with horse people from all breeds and disciplines and to know their rules along with a show format. I love what I do and plan on enjoying home more in a couple of years. Until then, it will be “have voice will travel” for a few more seasons.

Feature image courtesy of the Show Jumping Hall of Fame. 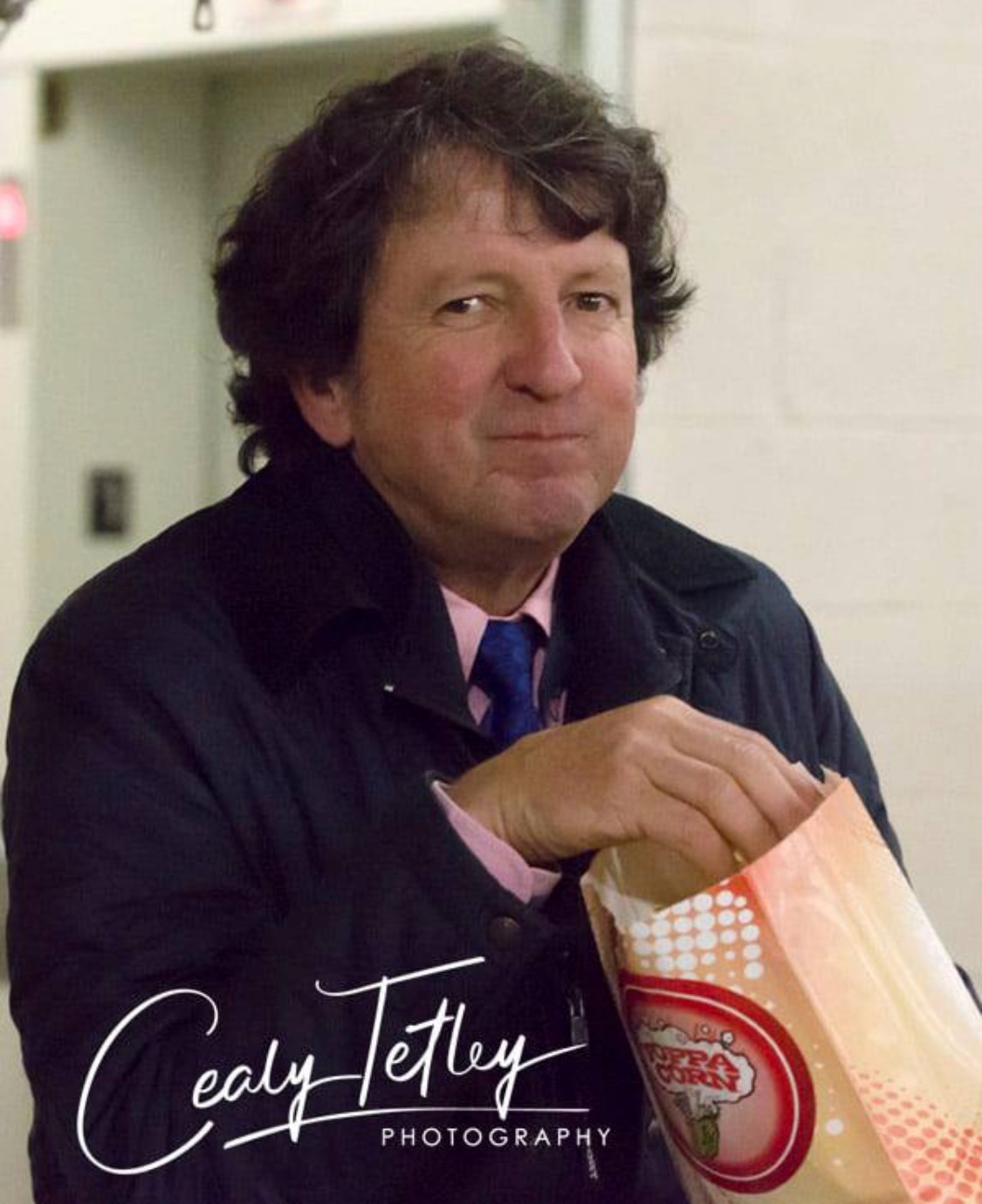 Peter G. Doubleday has enjoyed a 45 year career in the horse business and has been the voice of the 1996 Olympics, two Pan American Games, eight World Cup Finals, the 2018 World Equestrian Games and numerous shows from Kentucky’s World Championship Saddlebred Show to all of the four original North American Indoor shows (Pennsylvania National, Washington International, The National, and the Royal Horse Show in Toronto).