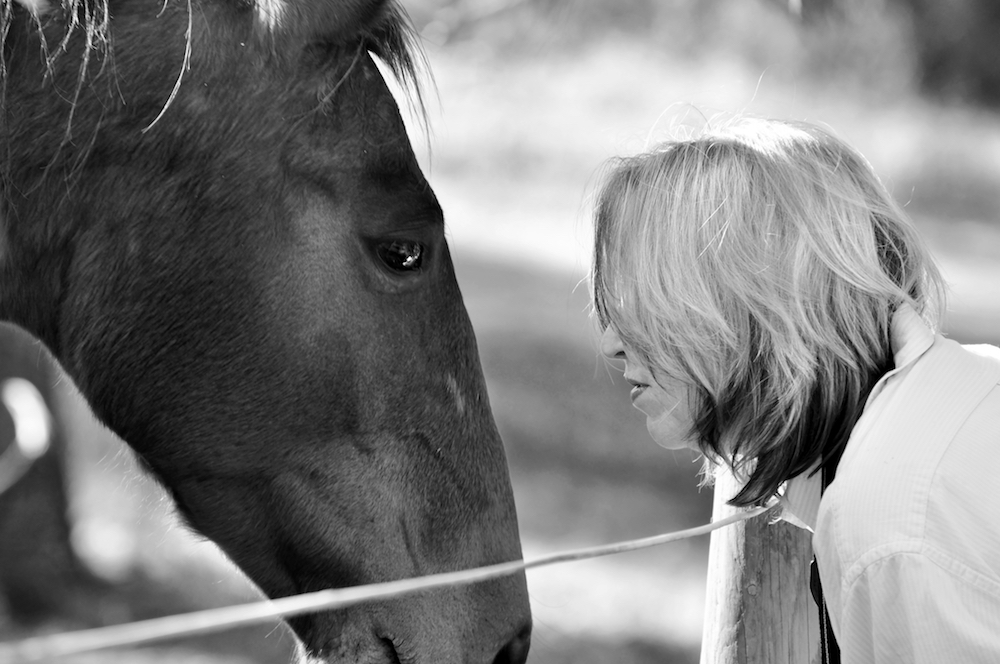 I can look at the length of a lunge whip and know instinctively that it will flare up my tennis elbow.

Especially if there are a few knots in the lash. A teacup was my elbow’s great undoing. They are pitiful joints.

This is what happens when you reach middle age. You wake up some mornings with an injury you were unaware you had. I assumed I was falling apart little by little, but it turns out there is a medical term for these unjust bouts of lameness, and it isn’t going to make you feel any better about yourself: Non-Event Injury.

That’s it. A pathetic and humbling whilst accurate three-word term for hitting middle age.

The other day, Wednesday as a matter of fact, my left knee hurt. Another Non-Event Injury that plagued me but only when crouching or going upstairs. The pain was convincing enough that I felt if I carried on crouching to put boots on a horse or nipping up the stairs to the hayloft, I may blow my kneecap off.

In the 2,500 Wednesdays leading up to this one, my left knee, or my right one for that matter, has never had so much as a twinge. But now, on a single Wednesday of 2020, my left knee gets to dictate what I should and should not do, and then on Thursday it was fine and left me believing I made the entire thing up.

But then, while cleaning out a horse’s feet my lower back seized up. So now I just remain hunched over until all four are clean.

This is middle age.

Right now, my biggest issue is jet lag, due to, if you can believe it, the biannual time change. I have survived 95 time-changes in my life, and they have not affected me in any way. I reset my clock and carry on with life like it ain’t no thing, but this year, several weeks later, I’m stuck between daylight saving time and standard time. I wake-up and fall asleep a half-hour earlier than I had before the change. Perfect for horse show season, but this isn’t horse show season. Foiled again. My concern, however, is when the clocks swing back the other way. What does this mean for me?

Do you know what happens if I stay up past my bedtime? I wake up with a hangover. The very sort I used to wake up with after going out on a bender and sleeping for two and a half hours before getting up and going to the barn. This is my reality and the next time change has the potential of giving me a six-month hangover.

Because we are living during a pandemic and told to stay home unless we need provisions, I have noticed things about myself that I hadn’t noticed prior. For example, I found what I was sure to be right leg calf cancer. A tiny patch of suspicious-looking skin. And since I know I would call the vet if I believed a horse had right leg cannon cancer, I thought maybe I should care the same for myself.

I spent 30-minutes taking several well-composed images of the “calf cancer” making sure to capture just the right angle so my doctor, who I am not allowed to see, can see the severity of the issue at hand. Of the 73 pictures I took, I selected the three best and readied myself for the inevitable “it doesn’t look good.”

What I got instead was, “When we age…”

Right, I should have known.

Of course, I do understand with age skin changes. It becomes floppy, saggy, wrinkly and as stated above suspicious looking as well as discolored and in cold weather cracked and split. This brings me to age spots. Because as if we didn’t know we were aging how about spreading around some inkblots? Needless to say, these aren’t cute spots like Pippi Longstocking’s freckles sprinkled over the bridge of her nose, these are large dark misshapen splotches resembling those seen on her horse Bunting.

All those years spent in the sun painting fences, setting courses, standing ringside and riding have caught up, and now the back-peddling starts.

But, I’ve come up with a cunning way to combat these blotches. Some may jeer but it works. Kind of. Instead of spreading sunscreen all over my face and body, I only apply it to the age spots, thus allowing the rest of my skin to tan up to the needed tone. I use the dodge and burn technique from photography dark rooms of yesteryear, making sure to apply the sunscreen in differing amounts with differing coverage each day to avoid what I assume would be referred to as the halo effect.

When winter rolls around, however, all bets are off and those indelible age markers sit there on top of my hand or wherever loud and proud.

This may sound like a list of complaints, but I promise it’s not. This is simply middle age and so long as there are horses in it, I am happy to be here.