Alberto Michan Is Having a Rather Excellent Week 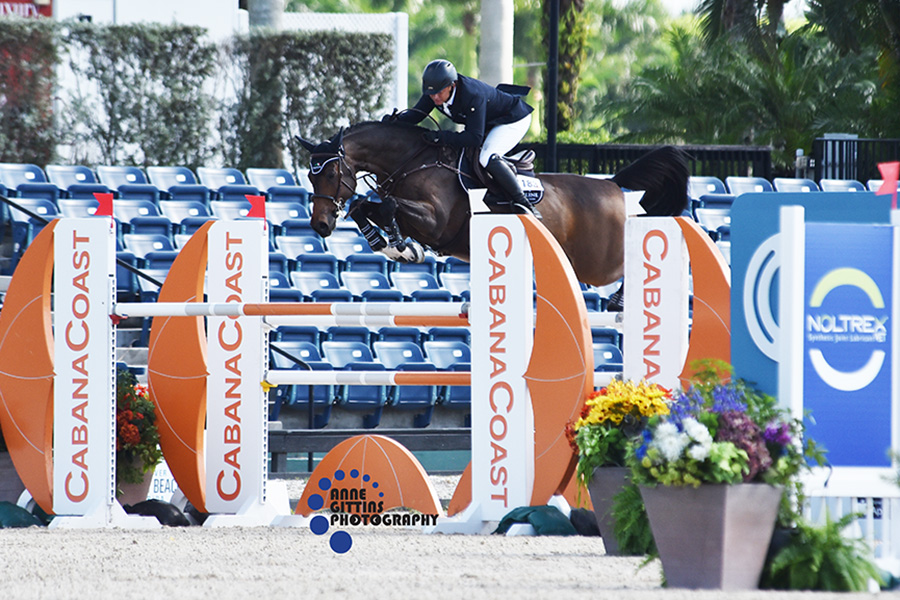 These are weird times that seem to give rise to new reasons to feel stressed, sad and/or outraged on an hourly basis.

But there’s one fellow who’s having a rather excellent week at the moment.

Alberto Michan (ISR) has captured two FEI victories in the past two days at the Palm Beach International Equestrian Center in Florida. And he’s fittingly delighted about it.

Riding last in the jump-off, the pair laid down the fastest time, stopping the clock at 26.588 seconds with a clear trip. Ashley Vogel (USA) and Belissimo Z took second in 27.275. Laura Kraut (USA) and Fleurette, third in 27.679.

“It was a nice start to the week!” commented Michan. “It was a bigger class [because it was] FEI but still not a ranking class. It was a nice class for speed horses or horses that are training a little bit for the ranking class tomorrow or Sunday. The mare I rode, Loribri, is a very nice speed horse.

“She’s very fast naturally, so if we can keep the jumps up we’ll have a good chance.”

Michan’s week got nicer still on Friday when he beat a field of 61 to claim the $37,000 Spy Coast Farm Grand Prix Qualifier CSI3* with his own Cosa Nostra.

With just hundreds of a second separated first from third, the winning pair narrowly edged veteran partners Kraut and Confu out of the top spot, crossing the timers in 35.145 seconds to the American’s time of 35.56. Brian Moggre (USA) and MTM Vivre Le Reve took third in 35.767.

“It feels fantastic! I am so happy, I can’t describe it,” remarked Michan. “It’s cool to have a horse that is so talented and such a trier like Cosa Nostra. I am very grateful to my team for all the work they do for us to be in good shape and be able to perform well.”

Here’s hoping his week get even better with Sunday’s $137,000 Noltrex Vet Grand Prix…