The Fantastic Four and WEG 2010 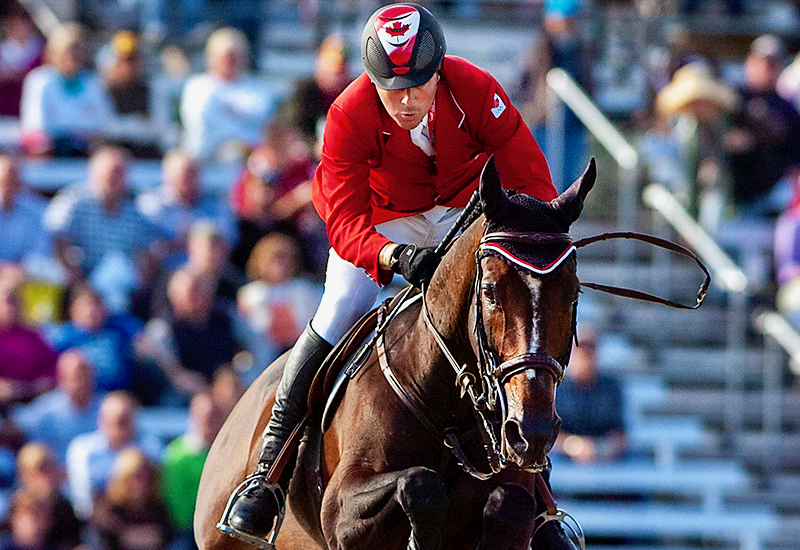 Ten years ago last week the equestrian world came together at horse “mecca” (aka, Lexington, KY) to challenge and celebrate the very best at the 2010 Alltech FEI World Equestrian Games.

Al Sharbatly’s mount was the only mare in the final four—the rest were stallions.

At any championship, there’s always a lot going on for the athletes. But it seemed especially so for those four. Lamaze was riding with a broken foot. He had a removable walking boot he’d limp around in—walking was much more difficult than riding, he said. Al Sharbatly had only been riding his horse for six weeks and had shown exactly twice prior to WEG. Pessoa was coaching Al Sharbatly while also competing.

The thing about the Final Four, especially now that they’re not doing it, is just the process of it all and how the horsemanship and camaraderie really shines through. The riders are all competing for the title but everyone wants to make sure their horse does well, and that each combination is successful. Then there’s the logistics of it all and the teamwork it takes to make it happen, it’s such a well-oiled machine.

Being able to watch that—it’s like the warm-up ring x 1000. It’s almost more exciting than the action unfolding in the ring.

Ultimately by the end of the evening it was Le Jeune who emerged victorious, producing four fault-free rounds to take the title. Al Sharbatly took second, and Lamaze, third. Hickstead, to absolutely nobody’s surprise, was named Best Horse.