When Self-doubt Rears Its Ugly Head: Fear and the Aging Horseman 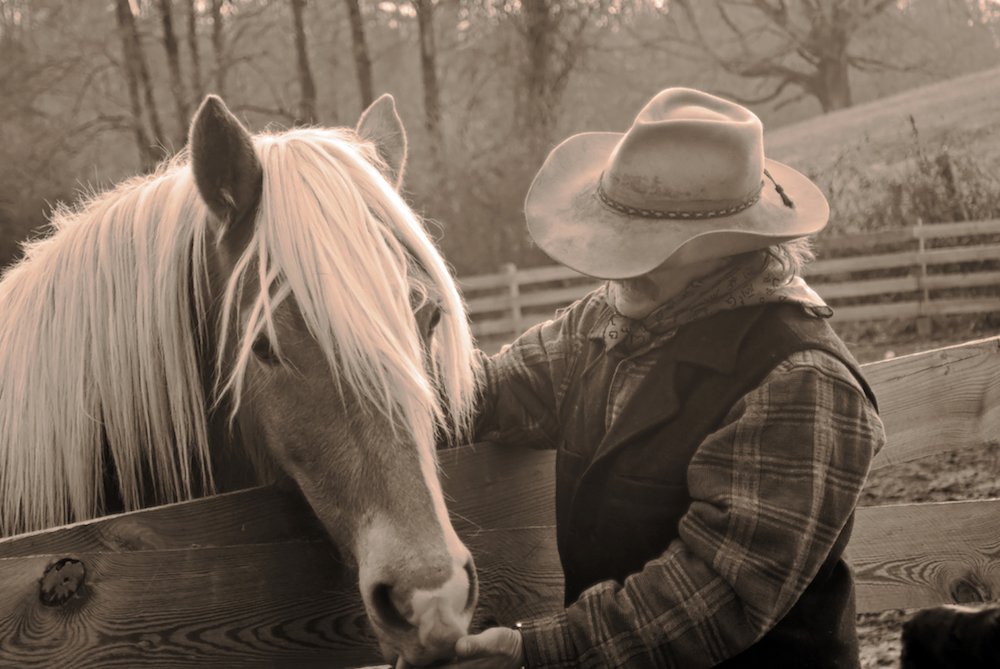 When I was young, I developed an interest in flying.

I received my private pilot’s license at age 20, and my instrument pilot rating at age 22. I aggressive pursued my passion for probably 6 or 7 years, spending every available moment either at the airport or in the sky. Then something happened…

I got a job that required me to travel to mostly medium sized cities throughout the US, mostly in the Midwest and the South. That was the era when the major carriers focused on major cities and smaller, and regional carriers served the smaller markets. It was the late 1970s and there was a spate of serious accidents among the regional airlines; I remember developing a feeling of powerlessness that turned to fear as I sat in the back of these airplanes as a passenger, sometimes a dozen times in a week.

Nothing actually happened, but the fear took root and after I left that job, I developed a feeling that I had dodged a bullet and began to make excuses to not fly. Being a pilot ultimately became “something I did” rather than “something I do.” Life went on.

I began my adventure with horses at age 45. I was involved in a construction project at a local show barn, became fascinated with the whole horsey environment and brought my daughter (then eight years old) for lessons, followed by taking lessons myself a few weeks later. I didn’t know then that things were falling into place to create an entirely new way of life for me and my family.

I ultimately became a hobby farm owner with multiple horses, a competitor in jumpers and eventing, and got involved with re-training a young OTTB. That eight-year-old girl ended up being a serious rider and competitor, went to a horsey college and is now a horse industry pro.

I fancied myself as fearless for quite a while; if there was a horse around that someone remarked, “Nobody will ride that horse!” My first reaction was “Oh yeah? Let me try.” It was probably more ignorance than guts that led me into some of the situations I would rather forget now, but to be honest I kind of enjoyed the raised eyebrows it sometimes encouraged.

An injury to my eventing partner DannyBoy ultimately dictated that I back down from competition for a while until he recovered, and I became absorbed in the rehabbing and retraining of an OTTB mare, Lola.

It was a very different experience from that to which I had become accustomed. Danny was green when I got him but was a quick study and once he knew his job, he just needed to know what I wanted and for me to stay out of his way. I always thought it was kind of the perfect personality for XC jumping.

Lola was the polar opposite. I had to work for everything she gave me, and I had to make all of the decisions for us and reassure her that I was there for her and in charge. I like to say that DannyBoy earned me the ribbons, and then Lola made me a rider.

My trusted trainer moved on to start a family and I never quite reached the same level of connection with another. I still rode, but my riding lacked the discipline and regularity I had enjoyed while working on goals with a trainer, and, not inconsequentially, senior citizenship had snuck up on me. I had once fancied myself as heading toward being the “galloping grandpa” type, bringing the fearlessness of my younger years with me. But that’s not exactly how it played out.

I had a few things happen in the ring, coming off my OTTB mare in situations where I fully expected that I would have been able to keep my seat. Then I came off once at an XC jump afield on my APHA eventing partner, something that had never happened to me. Having escaped unhurt, I brushed off these incidents.

But the repercussions remained lurking in the dark corners of my mind, effectively sabotaging my confidence.

I’ve always found it difficult to admit to confidence issues on a horse, feeling that if I ignored the fear, it wouldn’t have an effect on me. But these feelings are insidious, and how I dealt with them was by making excuses to not ride. As a barn owner, there were always a thousand legitimate reasons to not ride and I employed all of them.

I became rusty and if a day came that I resolved to jump on a horse, it only served to further underscore the fact that I no longer had what it takes to ride my horses. I had convinced myself that the caring, rather than riding of horses was what I really was seeking all along. To some extent that was true… but mostly it was a cover-up for what I was really feeling—a fear of riding.

But then, this summer, my daughter took me and a mutual friend to Montauk Point, Long Island, an oceanfront resort town east of the Hamptons.

Unlikely as it seems, Montauk is home to one of the country’s oldest cattle ranches, and the ranch is still in business as a trail riding barn, providing magnificent scenery and cool ocean breezes experienced from the back of a horse. I had absolutely no trepidation about that type of ride; it was a leisurely trail ride on hack horses in western tack. I could just sit back and enjoy the view, and that was exactly what happened.

But something else happened, as well.

In the days to follow I remembered how safe and confident I felt in that old western saddle, a few sizes too small, with a deep seat. I began thinking that maybe a change of tack was what was needed, so after some internet research I ended up with an English rigged Australian stock saddle. This saddle is very deep seated and while it’s not a rig you would want to do much jumping in, it’s been doing its job, which was to help restore confidence and put an end to my litany of excuses to not ride.

At this moment, I can honestly say that if I never ride in this saddle again (have only had it for a month), it will have been worth it for what it’s given me back. For the past two years, it seems like I’ve always been riding tentatively and holding DannyBoy back. He’s a big guy with a big stride, covers a lot of ground and at a point that seemed to have shifted from exhilarating to intimidating.

But today, riding in the cocoon-like aura of this saddle, I just let him rip. No holding back his strong canter, in fact driving him on a little bit. I had a loop in the reins, and was sitting back kinda marveling at my newly restored confidence when it happened: all at once he tripped and went down in front. I thought he was going to hit his knees but with a tremendous lurch, he righted himself—and kept on cantering!

I exhaled and smiled as I realized that I felt as safe and secure as if I were strapped in a five-point harness like in the gliders I used to fly in my younger days. It was a cool feeling, and the self-imposed stigma of no longer riding in my old super-flat jumping saddle has all but vanished.

All it really took was the acceptance that, no, I actually wasn’t the rider I once was… and that’s ok. I’m still a rider!