Home > Blog > Big Picture > What Horses Teach Us About Ourselves 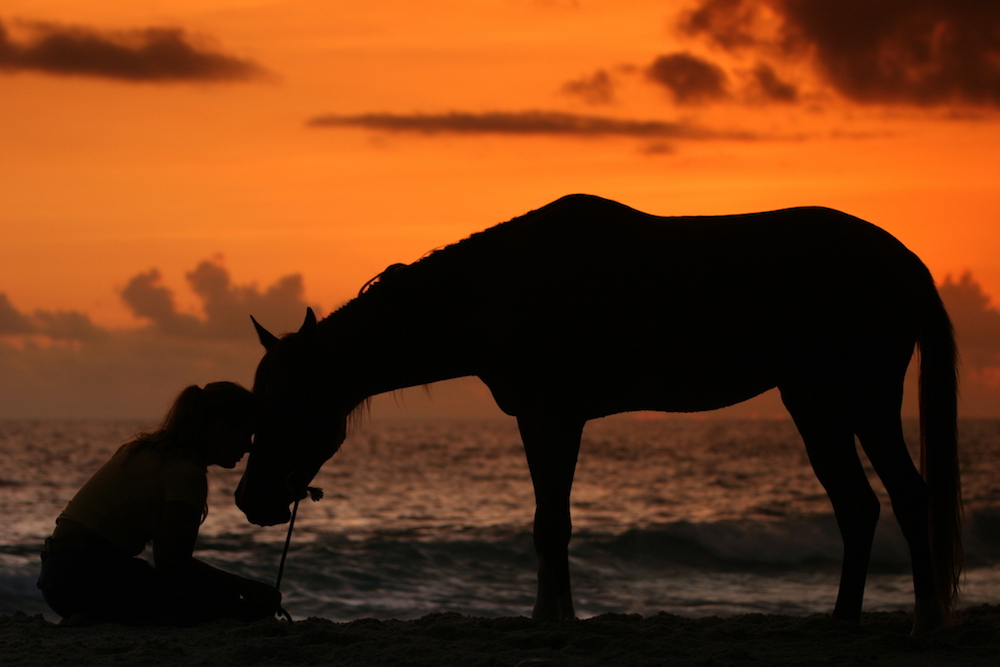 Sometimes I go with them on their evening walks. As owner and dog trot across the crosswalk toward the park, Winnie’s too large feet flop out in front of him as his big ears, still unruly with babyhood, seem to strut all on their own. He is stop-traffic cute. Strangers coo with delight as we walk past. Even other people with puppies are caught up in the glow of Winnie’s teddy bear adorableness.

He is also at that stage where he is an absolute jerk.

He nips at heels, he yanks on the leash with all his heft at the sight of a rabbit hiding in the bushes, and he holds a grudge. When Jera corrects him, which she does with constancy, dedication, and patience, he talks back like a disgruntled teenager from a 90s sitcom.

Exasperated, she turned to me one walk and said, “How are you so good with animals?”

“I am not really,” I say, thinking about how useless I would be if this were my dog. “I just know what animals fit me and which ones don’t, so it ends up looking like I know what I am doing.”

I did not learn this self-awareness from dogs, though. I learned it from horses. Horse taught me that even though I am laid back, and forgive and laugh with ease, I am A LOT. I am naturally loud, big, and high energy. Here comes Gretchen, she is sweet, but she has the grace and finesse of a sledgehammer.

“You have an electric ass,” one trainer informed me, while I zoomed around the arena aboard a 17-hand Friesian as if we were in a trotting race at the county fair.

“Your biggest fault is you try too hard,” said another, as I once again picked up my strange, lopsided, overly-aggressive post that knocked the school horse off the quarter line.

Every teaspoon of softness and quiet I have I practiced with a stubbornness visible from orbit. My arms WILL be more elastic! My ankles WILL relax! I will be the QUEEN OF SUPPLENESS AND SUBTLY!

Some horses have found my extra-ness reassuring because it is honest. It has given some of the duller ones more go, and some of the speedier ones this wild joy that I wish I could store in a jar for a rainy day.

However, there is a different set of horses who were not the right fit for me. From them, I was educated in how to back off and be gentle, even if my insides were screaming. From these horses I learned that it is ok to not get on sometimes. There are moments where the best thing I can do is let a different rider step in.

I believe that a horse’s ability to teach us about ourselves is among the reasons they remain so relevant to so many of us. Horses didn’t just teach me who I am as an equestrian, but who I am as a friend, and as a human being.

No matter the lesson, a horse’s instructions are always wordless, told with action and physicality. A horse’s quiet profundity is rare in our noisy world of pinging phones. I look forward to whatever instruction they have to offer next.