A Capital Day for Evan Coluccio 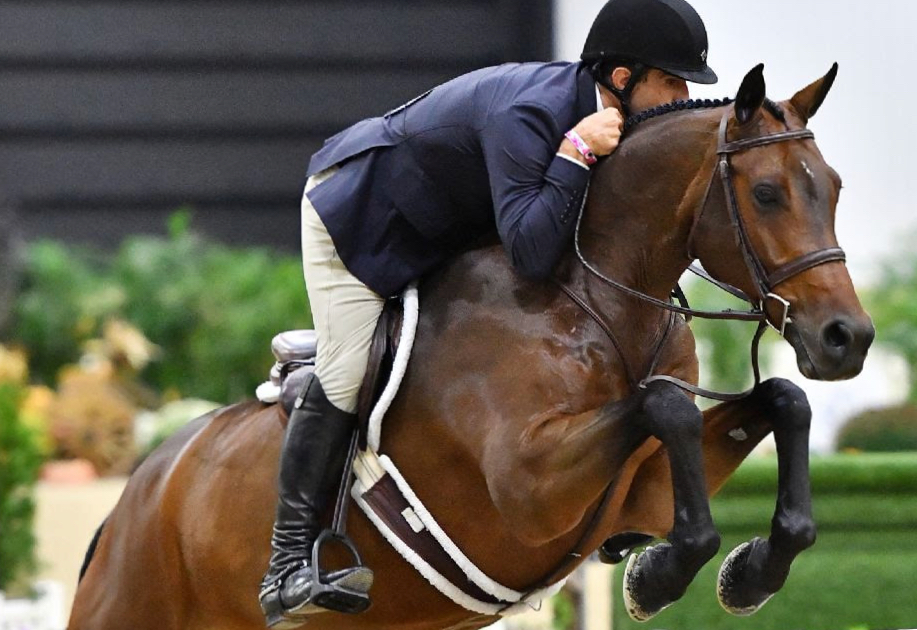 Then he went on to win two more before the day was done.

“It’s huge!” said Coluccio being champion at the celebrated hunter and equitation competition. “This is my first championship win at Capital Challenge in the professional hunters—and not only one, now [multiple]! For me, it’s awesome. I can’t believe it. My horses have been awesome; the courses have been beautiful. It’s all been great.”

Coluccio captured his first title of the day aboard Miller’s Cove, an 11-year-old German Sporthorse gelding. The pair finished first, second, and third over fences and third under saddle to clinch the Green Conformation Hunter division championship.

“This is my first show with Philadelphia Story. We went in yesterday, and he won all of the classes. He had a little rub today, or I think he would have won the last one too,” said the Marshall, VA-based rider.

Coluccio capped the day atop the Green Hunter 3’6” division riding Guggenheim, an 11-year-old warmblood gelding. The pair finished first, second, and fourth over fences and second under saddle to take his third championship title of the day.

On Wednesday morning, he fell off. Just kidding.