Foster: “If you tell Brighton that it’s a day you want him to win, then he usually does”

Home > Blog > Show Jumping > Foster: “If you tell Brighton that it’s a day you want him to win, then he usually does” 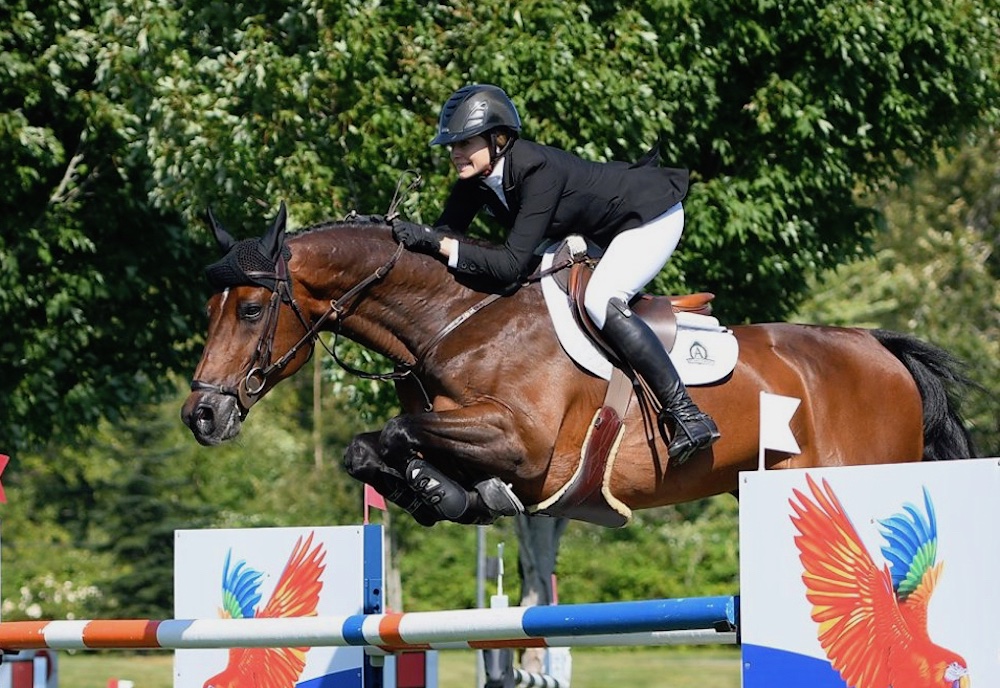 It’s a universally accepted truth that show horses are a rather poor financial investment—one all but guaranteed to cost more money than they will ever possibly earn.

There are, of course, notable exceptions. Horses whose career winnings hit the kind of exceptional heights that earn them nicknames like “ATM machine” and “Paycheck.”

Brighton, Tiffany Foster’s international mount of seven years, is among that rare breed.

The 14 year old KWPN gelding is not only a consistent earner at the 1.45m and 1.50m level, but often takes the lion’s share of the purse. He’s the kind of horse that makes you want to buy a lottery ticket. Or think you can wear high rise jeans and look good. He makes you believe in improbable outcomes.

Because Brighton wins all over the world—and he’s been doing it for years.

The bay gelding’s international win record starts in 2016 with back to back CSIO4* 1.45m and 1.50m victories in Wellington, FL in March. He went on to log a CSI2* 1.45m win in Antwerpen, Belgium the next month, followed by another pair of consecutive CSI5* 1.50m wins in Calgary, AB in July. That’s not including the four times Brighton nearly won, finishing in the runner up position instead.

In 2017, he and Foster continued their winning ways logging 5* victories in Calgary (June and July), a 4* win in La Coruna, Spain (July) and 3* win in Brussels, Belgium (September), along with seven additional top three finishes.

There were three more 5* wins in 2018 (one in Wellington in March; two in Calgary in June), followed immediately by a pair of second place 5* finishes in July (Calgary). And another three in 2019, which saw his biggest career win to date: a 1.60m 4* Grand Prix in Samorin, Slovakia in August that was preceded by a CSIO5* victory in Langley (May) and immediately followed by a 3* win in Deauville, France (August).

His record shows no sign of slowing in 2020 either. Even with the COVID-19 shortened season, Brighton has three wins under his belt to date. Two 1.50m 5* wins in Wellington. And Friday’s $5,000 Maui Jim Welcome at Thunderbird Show Park, his first appearance post-pandemic lockdown.

All of which is to say that Brighton is a winner and a remarkably consistent one at that.

So when Foster says, “He’s just an awesome horse. If you pull him out and tell him that it’s a day you want him to win, then he usually does,” she’s not exaggerating.