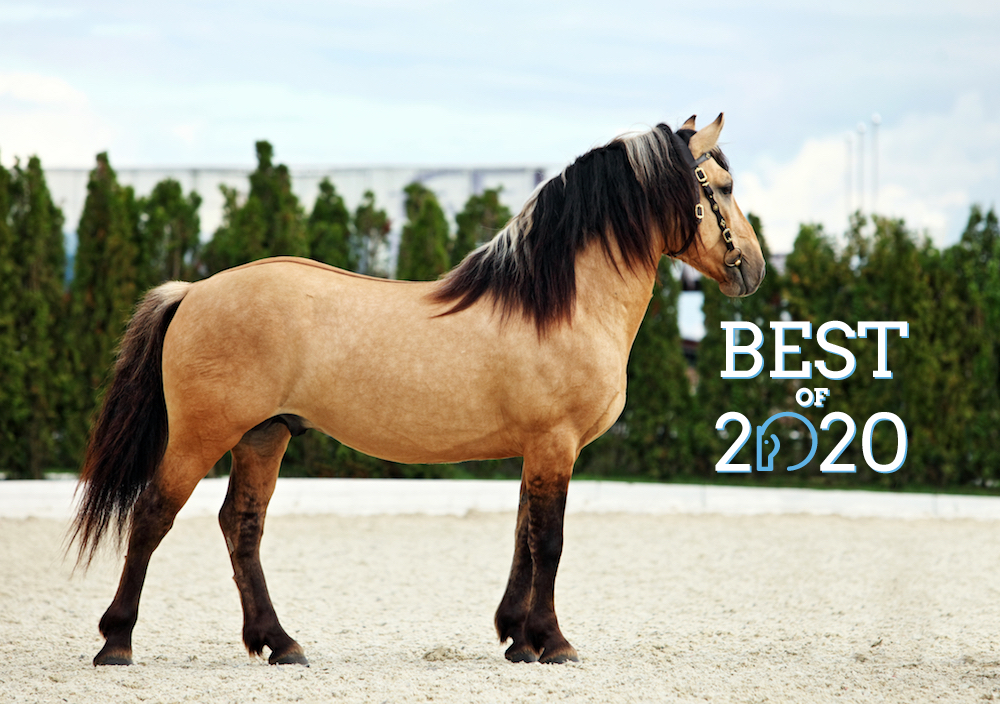 I applied for a stall cleaning job once at a Paso Fino farm.

I knew nothing about Paso Finos other than they are a smooth gaited breed, but a messy stall is a messy stall and I’ve had years of experience cleaning those. I was a shoo-in.

I had an in-office interview, which I thought was a bit fancy given the position, and was asked to fill out a questionnaire. While I did so, John, the manager watched. He wanted to know how much I knew about horses before tossing me into the lion’s den. He probably could have just asked me the questions, but that wouldn’t have been as professional.

John gave the questionnaire a scan.

“I do,” I said, elaborating on how I ride ex-racehorses and compete in the sport of eventing.

“Great. How do you feel about riding Paso Finos? We need another rider.”

I had no feelings on the matter because I had never thought about it. I have always ridden Thoroughbreds, Paso Finos are a completely different breed with an entirely different function, though I was unsure what that was. They are small and gaited with flowing manes and a world away from anything I’m used to riding.

“I’ve never ridden one,” I said, disconcerted with the direction of the conversation.

At the end of the barn aisle, tacked up and ready to go was Sid, a five-year-old, 14’3 hand Paso Fino stallion. He was a striking chestnut with a long flaxen mane and tail, he held his head high, with pride perhaps, and his ears pricked as far forward as they would go. He seemed antsy, but I thought that might be the Paso Fino way, eager to get on with things.

“I was about to ride him. You can get on after and show me what you got.”

I wanted to tell him that I “got nothing,” but John was fast and sprang, from the ground, onto Sid’s back and rode out of the barn. If he was expecting the same springing abilities from me, he was going to be disappointed right out of the gate.

John rode into a large field to demonstrate Sid’s capabilities, but I had no idea what I was looking at. This was the first time I’d seen a Paso Fino in action and it solidified why I should not ride one. I only know the long unsmooth trot of a non-gaited horse and while Sid’s trot looked smooth, his four legs acted as chestnut pistons moving so rapidly, they blurred whilst covering little ground.

John made his way to the center of the field before turning around and heading straight for me and just before he hit me, Sid halted. Feet still moving but not propelling.

“What do you think?” John asked.

“Wow,” I said, knowing this was my chance to plead my ignorance. “I have never seen a Paso Fino being ridden before. It is so different than the horses I ride.”

I hoped this was enough to put John off, fearing I’d do more damage to Sid than good.

“Okay. So, if you want to trot, kick him in the shoulder.”

The shoulder is a fair distance from my usual “at the girth” leg position, but as John hadn’t heard my passive-aggressive concerns, I figured I had better listen up.

“If you want to canter, kick him harder in the shoulder.”

Oh, dear lord, I didn’t even know Paso Finos could canter. This was such a bad idea.

“If you want to slow down or stop just pull on the reins like this.” Sid came to a sliding halt. “Okay, your turn. Just jump on.”

I was flattered John believed I had the athletic prowess to leap from the ground onto the back of a horse.

“I think I should use the stirrup. Is that okay?”

John shrugged his shoulders. “Sure.”

I noted some hesitation in his response and suspected this mounting style may be foreign to Sid, which added to my apprehension.

I put my left foot in the stirrup, and as I swung my right leg over the saddle, Sid shuffled forward. I landed in the saddle with an unbalanced thud. Instincts kicked in and I gave a tug on the reins. Sid stopped. I fell onto his neck, my hands and reins tangling in his mane.

As I struggled to free myself, John left.

“I’ll be right back,” he said crawling through the fence.

John had more faith in my abilities than Sid and I. However, it gave me a chance to figure out how to ride a Paso Fino without the scrutiny of John bearing down on me. Though I doubted he employed the tactics of scrutiny.

I gave Sid a light shoulder kick and he trotted but with each speedy footfall, the trot began to build. Though I know nothing about Paso Finos, I felt rhythm was still something to aim for, but finding it was proving difficult.

I took a light feel of the reins and he dropped abruptly into a walk. I tipped forward and Sid, no doubt, rolled his eyes. I needed the lightest of hands and hoped I could muster such a thing because in Sid’s world I think I had done the equivalent of a pully rein.

I gave another kick to the shoulder and he trotted forward. I touched the reins and he walked. Rhythm eluded me. Forward and back we went in a herky-jerky manner until we reached the far end of the field. I worried my Paso Fino ineptness was undoing Sid’s training.

Unsatisfied with the trot, I thought I’d try a canter. I gave a sharpish kick to the shoulder and off we went in a canter, I think. This is when John decided to reappear.

“Good canter,” he yelled from the top of the field.

I felt awkward and out of place on a Paso Fino.

“Canter up to me and stop.”

I sensed John wanted me to stop at the toe of his boot, as he had done to me, but I felt it was too early in my training to play, “How close can you get?”

Bracing against the stirrups, I touched the reins and Sid slid to a stop. John smiled.

I have asked horses to do many movements in my life, but never sidestep.

“Just kick him with your left leg.”

And a sideways we went. Suspecting Sid would continue in this manner until told otherwise I gave the reins a feel and he stopped. He was a diligent horse.

Surprised, I hopped off and patted Sid on the neck, buying myself a little time to gather my expression.

“There’s just one more thing,” John said as he handed the reins to Sid’s groom.

“We are putting on a Paso Fino festival tomorrow and you will ride Sid,” John said, punctuating his announcement with a smile. “Follow me.”

I wondered if John’s eyesight was failing. He missed most of my ride and the little he did see was a poor representation of Sid’s ability, but I stayed on and perhaps that was all that was required. Then it dawned on me, I was the only female on the farm, and he needed a señorita.

Now, to know me is to know that I am a skookum, blue-eyed buxom blonde with pale to pink skin. You’d have to look long and hard to find another person less señorita like than me.

“We like to keep the Paso Fino festival as traditional as possible,” John said as we arrived at a dilapidated wooden shed. “And for that reason, I would like you to wear this.” John flung open the doors.

He didn’t say tada, and he didn’t hold his arms out wide, but he should have because presented before me was, perhaps, the one item John felt would clinch the deal.

I assumed the skirt of the dress would fan over of Sid’s hindquarters, scarcely rippling as he and I sashayed our way around the festival. We would be the center of attention, riding around and around the farm delighting people with our sudden and inadvertent stops. Cameras would be pulled from purses and backpacks; pictures would be taken to immortalize the spectacle. Forward, back and side to side we would go, dazzling the crowd before lurching away in a herky-jerky trot. I’d wave, flamenco style, to my audience with my mantilla flowing behind me and they would clap with delight.

Turning down the job was best for everyone.