Home > Blog > Health > A Honey of a Wound Treatment 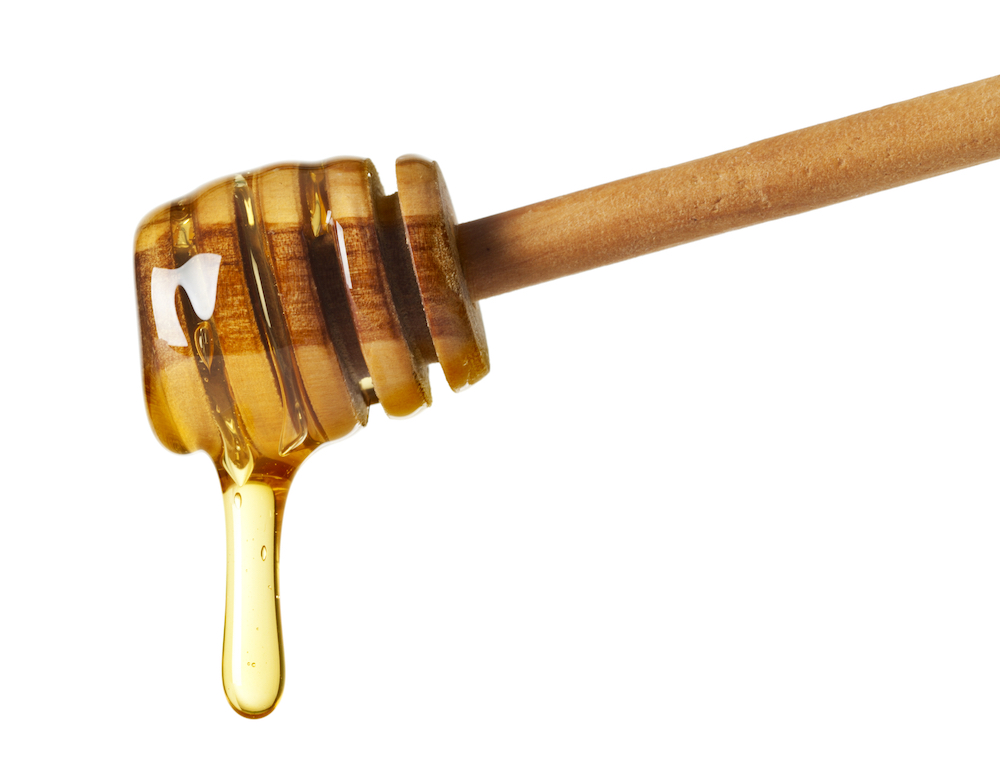 There’s something really sweet that you might want to consider putting on your horse’s wound. Literally:  sweet. You may have some in your kitchen—honey.

Honey is being investigated for its medicinal uses. It’s been used for a long time. There are reports of honey being used as medicine in ancient China. The Egyptians used it. Africans folk healers from Mali to Ghana used it (and still do). In fact, honey has drawn so much curiosity for its medicinal properties that there’s an entire honey research unit at the University of Waikato in New Zealand.

I’m usually not very impressed by the, “This has been around for thousands of years,” line of reasoning when it comes to therapies. (I’m particularly unimpressed when it’s stated when it’s not true, such as with modern acupuncture, but that’s another story).

But here’s something really cool. When archaeologists were digging up ancient tombs in Egypt, you’ll never guess what they found (besides dust and statues and such). Honey. In sealed pots.Honey that was thousands of years old. Incredibly, the honey was completely preserved and unspoiled, even after all that time. You could eat it (with toast, if you’d prefer). What a shelf-life!

Honey was everywhere in the ancient world. Archaeologists have found a rock painting of someone raiding a beehive in Zimbabwe, dating from 6000 BC. Evidence of beeswax has been found on neolithic pottery in Turkey, in the Balkans, and as far north as Denmark. Evidence of humans using honey is just about everywhere where bees could thrive. And while honey was everywhere mostly because it’s delicious, there are reasons why it may sometimes work as a medicine, too.

Honey is, most of all, a sugar. Sugars absorb moisture. (The sciencey word for the property of absorbing water is “hygroscopic.”) Honey itself doesn’t have much water in it, but it really sucks in water if allowed to. This water-sucking property has all sorts of terrible implications if you are, say, a bacteria living on the surface of a horse’s wound. Bacteria require moisture to live, and honey just sucks it right out of them. Bacteria (and other organisms) get snuffed out by the honey.

The lack of moisture in honey is also one reason why honey lasts so long. For honey to go bad, there has to be something in it that can go bad. Since bacteria and other bugs get rapidly dehydrated in honey, they don’t really get a chance to spoil it. Honey is really not a very nice place for mircoorganisms to try to live.

There’s more. Contrary to what you might think, given how wonderful it tastes, honey is also very acidic. It’s more acidic than tomatoes. It’s kind of like an orange. Or sauerkraut. (Here’s a reference for the acidity of common foodstuffs—you don’t think I know this kind of stuff of the top of my head, do you?) With honey, you have this combination of high sugar plus acidity that makes it just an awful place for bacteria and other bugs.

You see, honey’s medicinal values come not because it’s “natural,” or ancient, but because of its inherent properties. Honey isn’t the only thing that has the combination of attracting moisture and acidity, either.

Molasses—a byproduct of the manufacture of sugar, and the source of rum—has lots of sugar and acid. Molasses has been used to treat wounds, too. But molasses is less acidic than is honey (its pH is 5.5), and it does eventually go bad.

Sugar itself has also been used to treat wounds—often mixed with povidone-iodine—and it attracts water. However, sugar is not acidic at all:  in fact it’s pH neutral.

With honey, there’s even more. Bees. That’s right, bees also contribute to what makes honey so interesting as a medicinal substance.

When bees make honey it’s a team process. First, older bees get nectar from flowers; nectar is mostly water, with complex sugars in it. The older bees collect the nectar and store it in a special stomach called, appropriately, the “honey stomach,” where enzymes start to break down the sugars (in a process called “inversion”). When the honey stomach is full, the bees head back to the hive and regurgitate into a cell of the honeycomb. In the hive, young bees beat their wings, becoming something of a collective fan. This helps evaporate water from the honey. The nectar started as about 80% water—the honey ends up as about 15% water. Working as a team, thousands of bees can make a couple of hundred pounds of honey a year.

Still, it’s not just that honey doesn’t have much water in it. Or that it’s acidic. There’s even more! The breakdown process in the bee’s stomach also produces hydrogen peroxide. That’s right, the same stuff that you can buy in the drugstore, which, to be honest, is not the greatest thing for a wound when it’s undiluted. However, in the small amounts that are contained in honey, hydrogen peroxide appears to be just about the right concentration.

With honey, you’ve got high sugar content, acid, and hydrogen peroxide, too!

Oh, and don’t forget that honey is also thick and gooey—that’s the medical term: gooey—and it presents a formidable barrier to any bugs that are trying to get onto the wound. It’s something like a natural bandage, I suppose. If you’re not into making your own bandages, you can buy medical bandages that are covered in honey, too. In fact, there’s an entire company, Medihoney®, that produces medical honey products for use in the treatment of burns and wounds in humans.

Does it matter what kind of honey you use? Well, that’s a little harder to say.

Much has been made of the properties of manuka honey, which is produced in New Zealand by bees that pollinate the native manuka bush. There’s also tualang honey, a Malaysian honey produced from a mix of jungle flowers known only to bees (and they aren’t telling). If you’ve got some extra time you can read a paper comparing the two.

Studies have been done on plain old honey too, you know, the stuff that comes in plastic bears that you can buy at the grocery store. They all do seem to have some effect, at least for some conditions: wounds and coughs come immediately to mind, although you can pretty easily see that if you try to give honey to a horse with a cough, you’ll probably also end up having a very sticky head of hair. Honey is being investigated for many other medicinal uses, as well.

Oh, one other thing. For honey to keep, you have to keep it sealed. Honey didn’t stick around for thousands of years in an Egyptian tomb just because it’s honey. It was sealed in pots. If you leave honey unsealed and it’s humid, honey will suck moisture in from the atmosphere, and it will spoil. But as long as you keep a lid on it, and you don’t let water in, it will keep almost forever. Between horse wounds and toast at breakfast, a jar of honey is not likely to be around that long anyway.

Last thing: Make sure you consult with your veterinarian if you have questions about how to take care of your horse’s wound. You don’t want to go about wasting a good jar of honey if some other treatment might be needed!