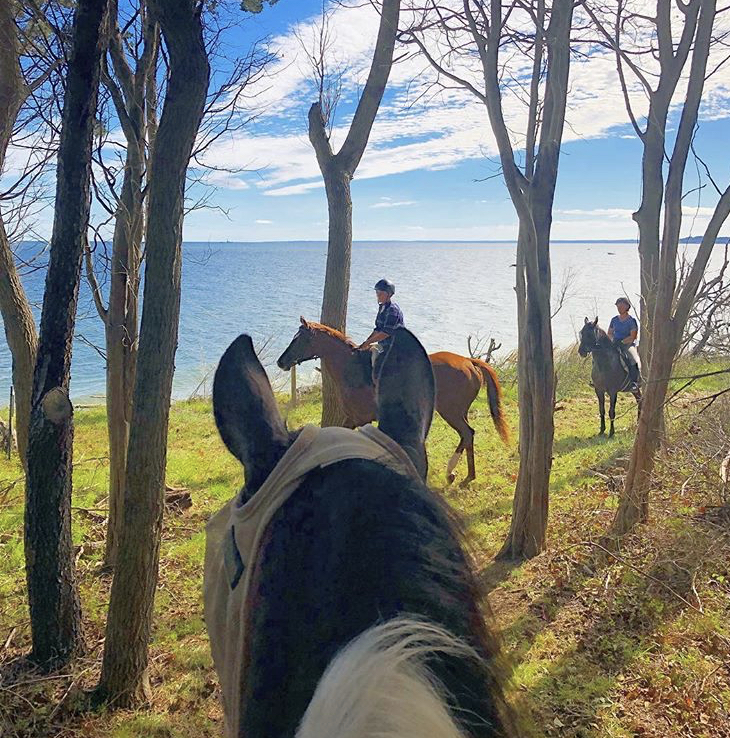 I recently reposted an article written by a well known American Olympic equestrian on the subject of the lack of diversity in the English riding world.

I posted it to a popular social media group of equestrians in the English disciplines that is known for its empathetic and supportive nature, and I thought it would be the ideal place to have the conversation. I was a bit shocked by the defensiveness of some of the responses when the concept of white privilege was raised.

Speaking as an older white male who’s observed a fair amount of human behavior, it seems that some of us can easily embrace the concept of privilege as it applies to things like geography—how we are privileged to enjoy certain freedoms by being born American. But we can bristle at the idea that we are privileged by being born white; we seem to take it as a challenge that we haven’t worked for what we have achieved, or that we are being accused of arrogantly believing ourselves to be better than others.

I describe white privilege with this anecdote:

Long before I ever rode my first horse, when I was a young tradesman working as a foreman on an industrial project on Long Island, I would sometimes, if time permitted, take my bag lunch and drive a few minutes to a bucolic little oasis in the middle of a gritty commercial area. It was a busy little horse farm, a dressage facility actually (although I didn’t know what that was at the time), home to riders and trainers I would later find out were internationally recognized.

I didn’t see myself as ever being a part of that world then, my introduction to horses came many years later in life. But that opportunity to sit on my car unchallenged and observe the beauty and tranquility around me meant I was at least able to be exposed to it. If I had been black, it’s likely the police would have at some point been there questioning my intentions and likely curtailing my early exposure to the horse world.

And that, to my best ability to describe it, is white privilege. I didn’t ask for it, I didn’t earn it, maybe didn’t even want it. But I possessed it, like it or not.

If we’d like to see change, we’re challenged as equestrians to examine ourselves. Am I encouraging and inviting toward people of color who wish to participate in the sport that is our passion? Do I even know someone who has expressed such an interest? Interest can be rare if society has told you, “this isn’t for you.”

Some cite economics, but we see black and brown athletes being accepted and excelling in other “exclusive” sports such as golf and tennis. So what is it that makes us one of the least diverse athletic pursuits? Do I believe in equal opportunity or am I happy being part of an elite group? Have I made an effort to expose young people to our world to counter the assumption that it is off limits to some?

Finding one’s place in the horse world isn’t a solo endeavor; it requires access to a horse and facilities and the people who can participate in the transfer of knowledge. To have access to these things first requires a degree of acceptance that many of us likely take for granted.

I’m hopeful that these times have allowed our eyes to be opened wide enough that we are able to own the label of white privilege without lashing back in defense. We have to be able to see ourselves as being part of the problem before we can begin to be part of the solution.

We may not have the answers, but we can be part of the conversation that uncovers them.