We Are All Weird Horse Girl

Home > Blog > Equestrian Lifestyle > We Are All Weird Horse Girl 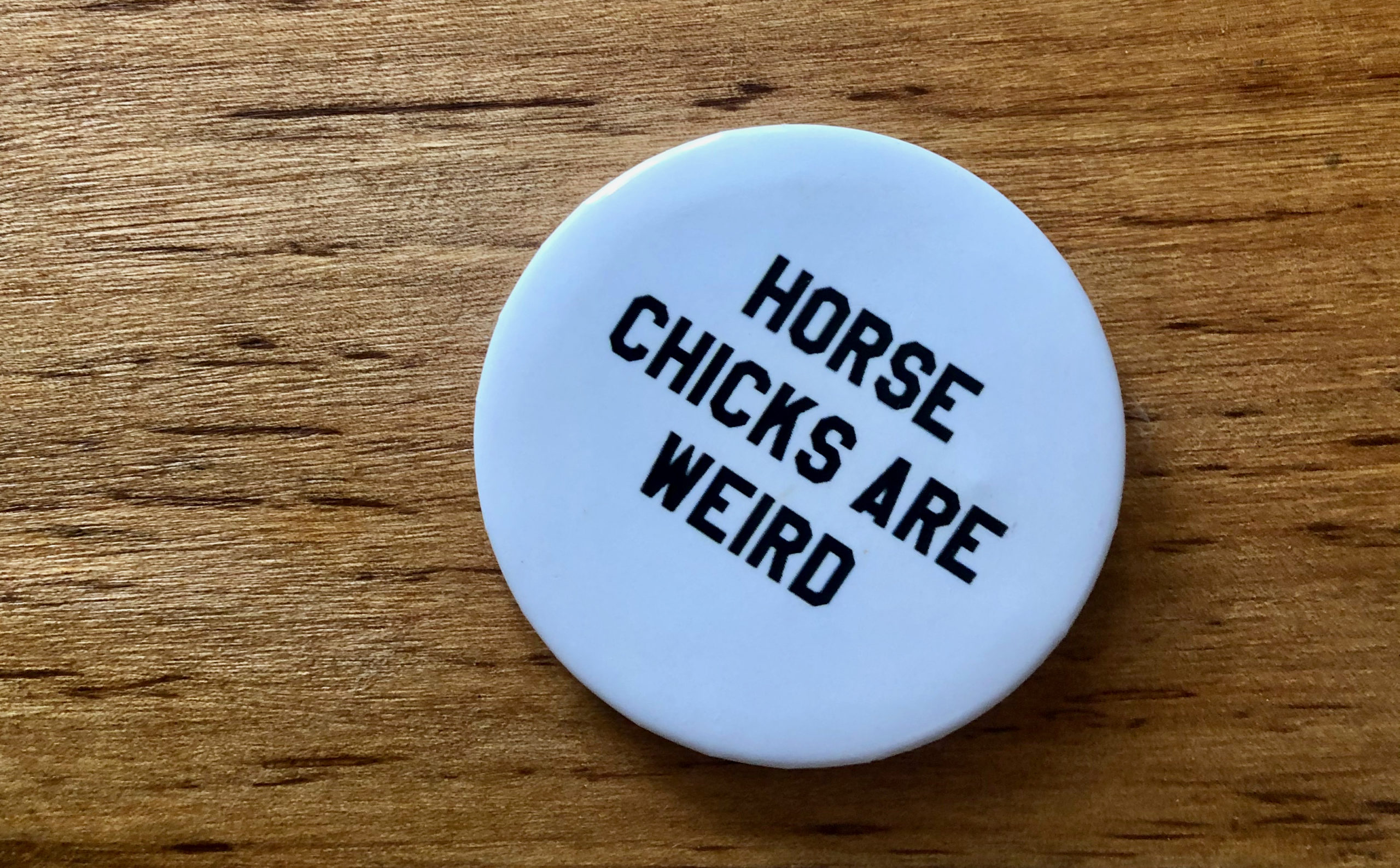 Right now, somewhere in North America, there is a girl sitting at home caught between awkward adolescence and the evening bell.

She wears her paddock boots to the park, and just so there wasn’t any mistaking that she rides, a screen printed t-shirt of a horse frolicking through the surf. When teachers and well meaning aunts makes the rookie mistake of asking about her “hobby,” they unwittingly sacrifice 45 minutes of their time to the last X-Rail course jumped with her pony HoneyBee.

Maybe you knew her, maybe you were her. At the very least you’ve probably heard the term, contrived by bewildered schoolboys looking to classify the girl more interested in going to a horse show than with them to the homecoming dance. Legend has it every class has at least one. It is said that accidental eye contact will instantly ensnare the victim in a story about how they were almost bucked off once.

An Urban Dictionary-esque definition might sound something like [Horse Girl: (noun) a girl known for her obsession with horses, all-consuming equestrian lifestyle, or certain “vibe.” Ex: Tina Belcher of Bob’s Burgers.]

But eventually Weird Horse Girl grows up, and she either pursues other interests, meeting her old friends at the local show every now and again to drink vendor coffee and reminisce. Or she doesn’t. She keeps working, keeps riding, maybe even for the national team.

On some level “Weird Horse Girl” is a funny joke, but it’s also emblematic of the stereotype in North America that horses are for girls—especially when pertaining to English riding. Ironically, this notion doesn’t extend overseas, and is evident in the upper echelons of showjumping, which is still very much a boys club.

That’s not just a matter of opinion, it’s a reality reflected in the FEI World Ranking List.

The fact is Canada and the U.S. have more female national team riders than any other country in the world. And they didn’t become top riders overnight. Their involvement began many, many years before they climbed the rankings.

And the next generation of North American riders is fixing to uphold the trend. When looking at the FEI U25 Ranking, you’ll find six of the nine American riders in the top 50 are female, as are 17 of the 22 Canadians on the list.

To compare, equestrian powerhouse countries Germany and Belgium have just two and three female riders in their top 20, respectively. Ireland has none, despite ranking an astounding 12 riders in the world top 100. In fact, you have to get to their 30th ranked rider, Susan Fitzpatrick, before a female makes the list.

Equestrianism is a lifestyle, and the horsemanship and athletic skills involved take decades to develop. When rearing competitors it’s important to have an environment where young boys and girls are equally supported in their sporting pursuits. The success of top female riders in the United States and Canada is an example of what it looks like when women have equal, if not predominant, access to the show jumping sphere starting from a young age.

So, while Weird Horse Girl might still have to deal with the odd irritating boy cracking snide jokes about her “girly” sport every now and again, just remember that Beezie laughed all the way to four Olympic medals.

Want a “Horse Chicks Are Weird” pin of your own? Donate $5 or more to a lesson horse support program such as FortheHerd.ca or the Certified Horsemanship Association (or an equine charity of your choosing) and Phyllis Stein + Horse Network will send you one for free! Contact phyllis@phyllisstein.com for details.