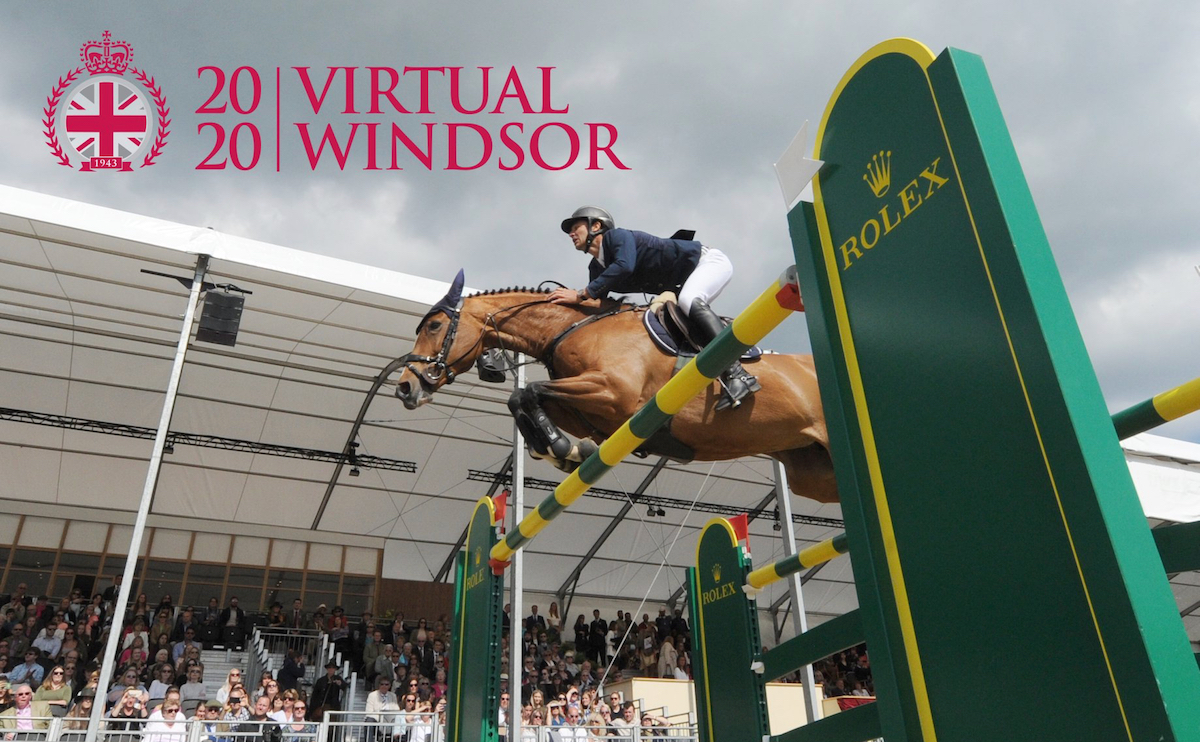 Remember back in the day—two months ago—when we were spoiled for live streaming options every weekend?

You could spend your Friday nights with the Stars of the Adequan Global Dressage Festival, tune in for Saturday Night Lights at WEF and waste away a Sunday binge watching Jumping Amsterdam, HITS Ocala, and Al Shira’aa horse shows. Nary a mask or social distancing sign to be seen.

Next week, we’re harking back those simpler times—but with a twist. Virtual Windsor 2020 is coming to Horse Network!

A stand in for this year’s CHI Royal Windsor Horse Show, the virtual event has already attracted 4,266 entries across the multitude of classes. There’s a packed programme planned.

Closely following the live event timetable, the ‘Virtual Show’ will take place May 13–17 via a daily streamed video.

There will be judging of the online showing classes with Royal Windsor Horse Show commentator Nick Brooks-Ward at the mic, Shopping Fix clips, and messages from stewards and Royal Windsor Horse Show supporters. Virtual Windsor will also be reliving some of the most exciting competitions of recent years, featuring some of equestrian’s best athletes, such as USA’s Kent Farrington, along with Olympic gold medallists Ben Maher MBE, Scott Brash MBE and Charlotte Dujardin CBE.

Highlights include the 2018 and 2019 Rolex Grands Prix, last year’s hotly contested CSI5* Falcon Stakes and the Al Shira’aa Grand Prix Freestyle to Music. Viewers will also be able to witness the best moments from the Land Rover International Driving Grand Prix and stunning displays from the Household Cavalry Musical Ride and the Royal Horse Artillery.

On Sunday 17 May, Virtual Windsor 2020 will host the Online Showing Championships supported by Rosettes Direct, with the winners of each Showing class going head-to-head to claim the coveted Championship title.

You can even virtually shop Royal Windsor! Show Week will also include the launch of an interactive map of the showground, where visitors can tour their favourite shopping destinations—in their usual places on the showground and with special virtual show offers.

Best of all, Virtual Windsor is free-to-view! The show day will start at 6.30am EST each day and be available on HN Live, Horse Network’s Facebook page and on the Virtual Windsor 2020 website.