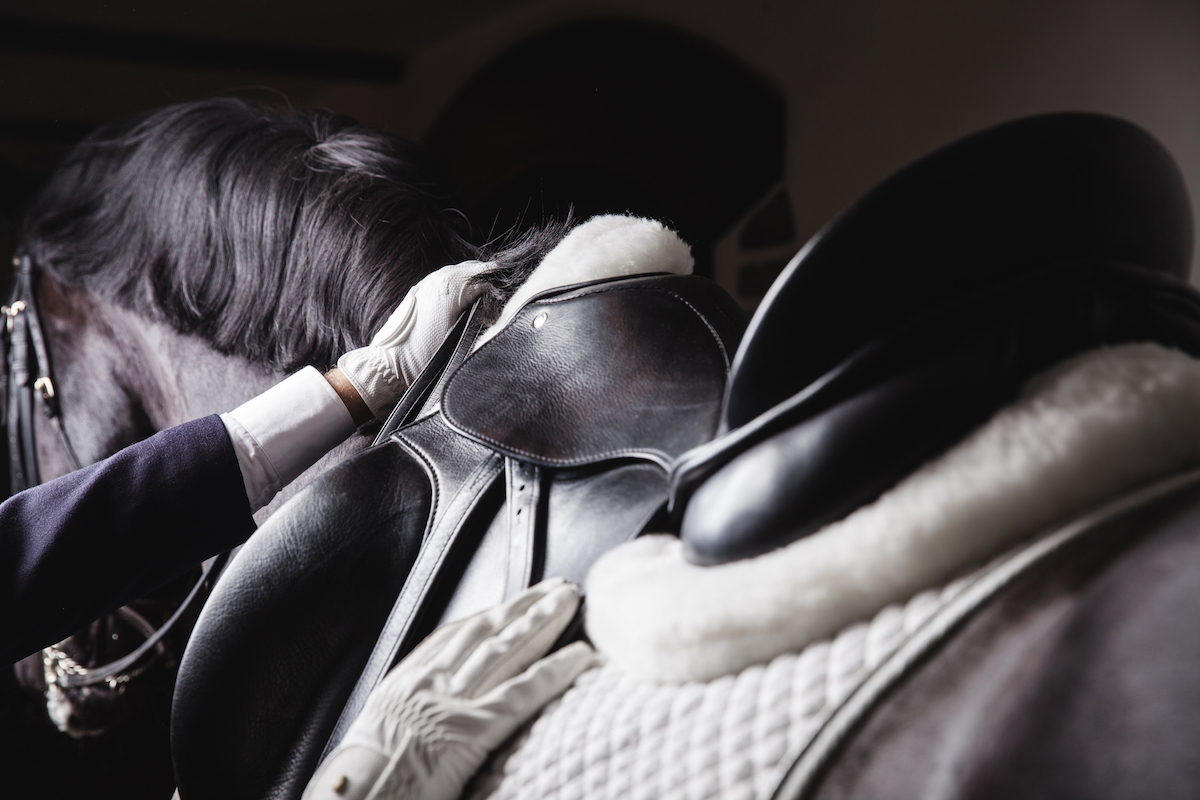 An amateur dressage rider in upstate New York is reporting a significant jump in her household savings following the public health lockdown prompted by the COVID-19 pandemic.

Elise Spentitall’s bank account has ballooned in recent weeks with the closure of the only places where she spends her and her husband’s money.

“Horse shows are cancelled, the tack store is shut down, my horse can’t even get a massage right now,” said Elise Spentitall, an adult amateur rider in upstate New York.

While she admits to a few online purchases she said she is spending a fraction of what she used to. “Nothing beats the smell of leather in a shop and the thrill of trying on and impulse buying a $500 pair of full seat breeches,” she said.

Her husband, Ray Spentitall, is reported to be in shock after looking at their joint bank account balance. “A few more weeks of this and we’ll have enough to retire,” he said, choking back tears. “I never thought this day would come.”

Both admit their recently found fortune is causing friction in their marriage as they are at odds about what to do with the windfall once things go back to normal.

Ray intends to quit his job and buy a cottage and boat, while Elise wants to travel. “I’ve never been on a vacation, it seems like I should see some of the world when we’re allowed to travel again.”

When pressed about where she’d travel, she said she’s looking at European destinations where she can shop for dressage horses to import back to the U.S. When pressed further, she admitted she’d like to spoil her current mount with organic horse cookies, a custom saddle and massage and acupuncture sessions.

A similar scenario is playing out in horse owning households across the nation. Experts estimate there is billions in unspent cash sitting in American bank accounts that would have been spent on horses, tack, treats and entry fees in the last six weeks.

Some economists predict that this cash could help kickstart the economy when things reopen. “I don’t think any of us realized just how much horse owners spend on a daily basis,” said Tom Smith, a researcher at NYU Stern School of Business. “This could be just the stimulus we need to get everything going again.”