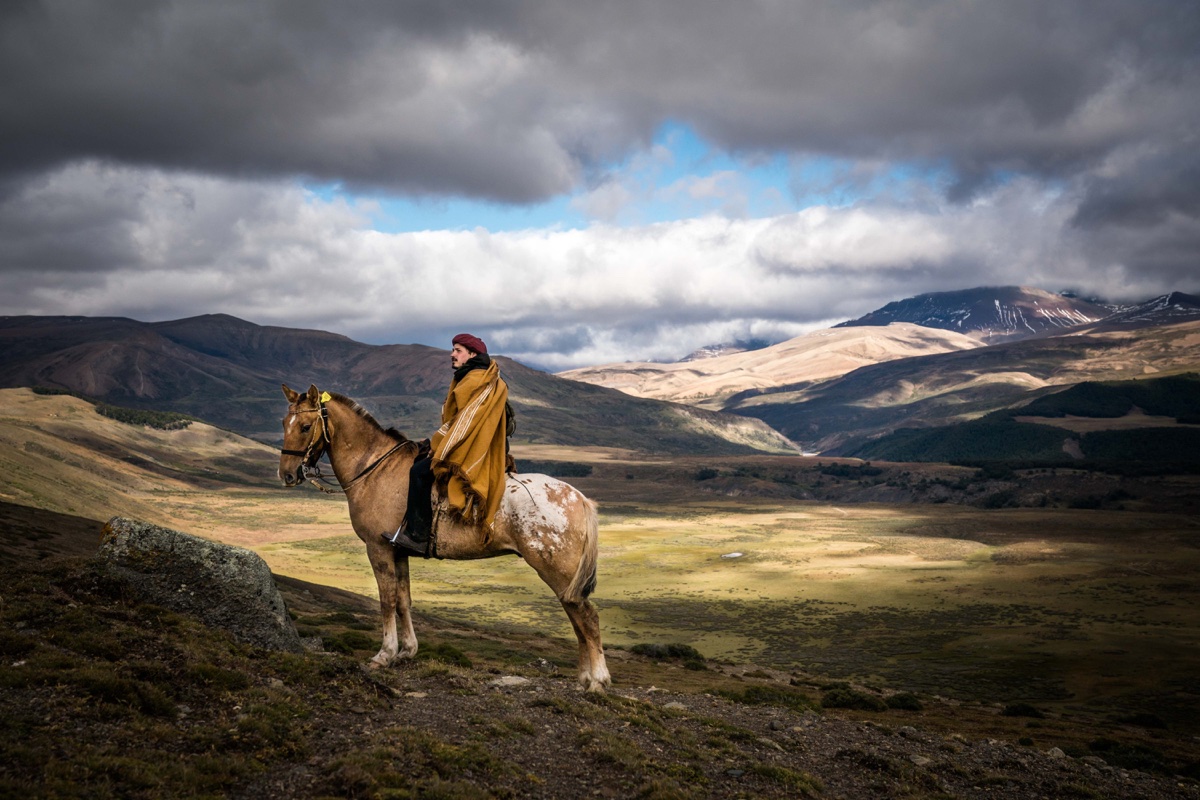 If the last month has shown us anything, it’s that a lot can change in just a few days.

That’s certainly what the pioneers of the inaugural Gaucho Derby discovered.

When they embarked on the epic 310 mile multi-horse race through the wilds of Patagonia, Argentina, on March 6, the world looked very different. Coronavirus had not yet forced Italy into a lockdown and there were less than 500 confirmed cases of COVID-19 in the U.S.

“Everyone had heard about coronavirus, but it wasn’t really on our radar as something that could impact us in a remote part of Argentina,” said race event manager Erik Cooper.

The riders had other things on their minds at the time—they were focused on surviving the race where they were only allowed to carry 22 pounds of gear, including their own food— through some of the wildest and harshest terrain on the planet. The race is put on by The Adventurists, the same company that organizes the Mongol Derby.

Through the race the riders faced tough navigation—getting lost in mountains and forests—and extreme weather, including a blizzard that forced the race to pause for a day and caused hypothermia in four riders. The winner of the first Gaucho Derby was Marie Griffis, of Manhattan, MT.

While the riders and crew were looking forward to a bit of rest and relaxation post-race, returning to civilization was more wild than Patagonia.

In the United States, President Trump had declared a national emergency. In South America, borders were closing. Around the world people were panic buying staples at grocery stores and markets. Many of the Gaucho Derby participants had to scramble to get out of Argentina as flights were grounded and their routes home dwindled to fewer and fewer options.

“I had to put any celebrating on the back burner because as soon as we passed the finish line, it was ‘Hey, by the way, the borders have closed from Argentina to America, so you have to get a whole new plane ticket,’” Griffis told krtv.com last week.

Cooper himself had to cut his trip short. He had intended to stay in Argentina until March 31. Instead, he just narrowly made it back to his family’s farm in Troy, MO, rebooking flights and trying to coordinate getting home with borders rapidly shutting throughout South America. After spending hours on the phone with airlines, he ended up flying from Buenos Aries to Sao Paulo, Brazil, then Atlanta, before landing in St. Louis on March 20th.

On his last night spent in El Calafate, a town near the Southern Patagonian Ice Field, the entire town was shut down, denying entry to outsiders and restricting movement of those inside. Authorities were looking at the passports of foreigners and enforcing quarantines for those who had arrived less than 14 days ago.

“I have to admit, when I first heard the world was going into a ‘zombie apocalypse,’ I thought what better place to spend it than going back into the wilds of Patagonia. But then hearing that the U.S. government said come home now or be prepared to remain where you are definitely made me skip that idea and want to be somewhere remote yet familiar. Thus began the hustle to find seemingly impossible-to-book flights home,” said Cooper.

Now that Cooper is safe back in Missouri, he joked the race was good preparation for the pandemic.

“An adventure like this really teaches you to make do with what you have on hand, the equipment and food, much like people are having to do now,” he said.

The next epic horse race in the Adventurists calendar for 2020 is the Mongol Derby in August. However, given the pandemic, it may have to be postponed much like many of this summer’s other major horse events.