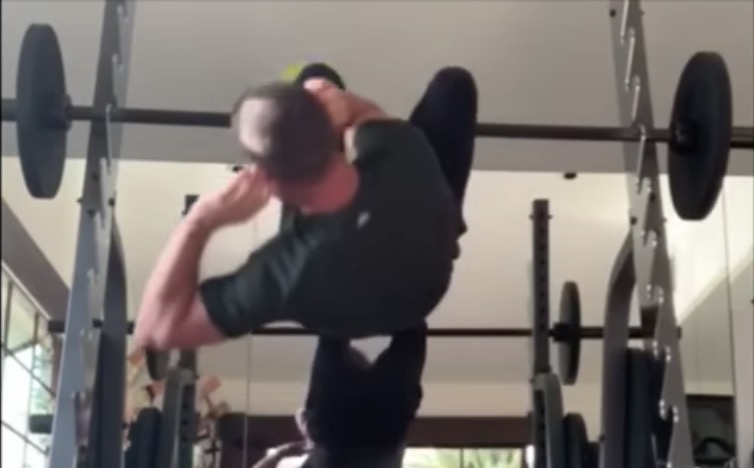 Show jumping fit-spiration Kent Farrington is back at it with another #MondayMotivation episode, the <:30 second viral video series that’s quickly becoming the highlight of our week.

Dressed stealthily in all-black, the former world #1 takes us through an ab/core workout that’s clearly not meant for mere mortals.

The sequence starts with America’s fittest rider doing winged crunches whilst dangling upside down from a lifting bar. Like a bat. In neon sneakers. It’s not clear how he arrived in that position. We’re guessing it involved a perfectly executed backflip and a preternatural slowing of space-time.

Next, Farrington moves on to a gravity defying sequence that involves roller balls and the core strength of a kangaroo. You know that bit in “Smooth Criminal” where Michael Jackson leans unnaturally far forward but miraculously doesn’t fall on his face? It’s like that. But the workout version. Which is to say awe-inspiring.

Farrington’s core workout comes to a close with an alternating toe and knee taps on his back, which, after the whole full body puppet-without-strings crunch, seems rather pedestrian—right until the nano-second he leaps from his back onto his feet with the reflexes of a cat and high kicks the camera.

At the time this post was published, neither teammate McLain Ward, nor FEI judge Phil Rozon had attempted Farrington’s workout.