The Day I Found a New Horse in My Barn 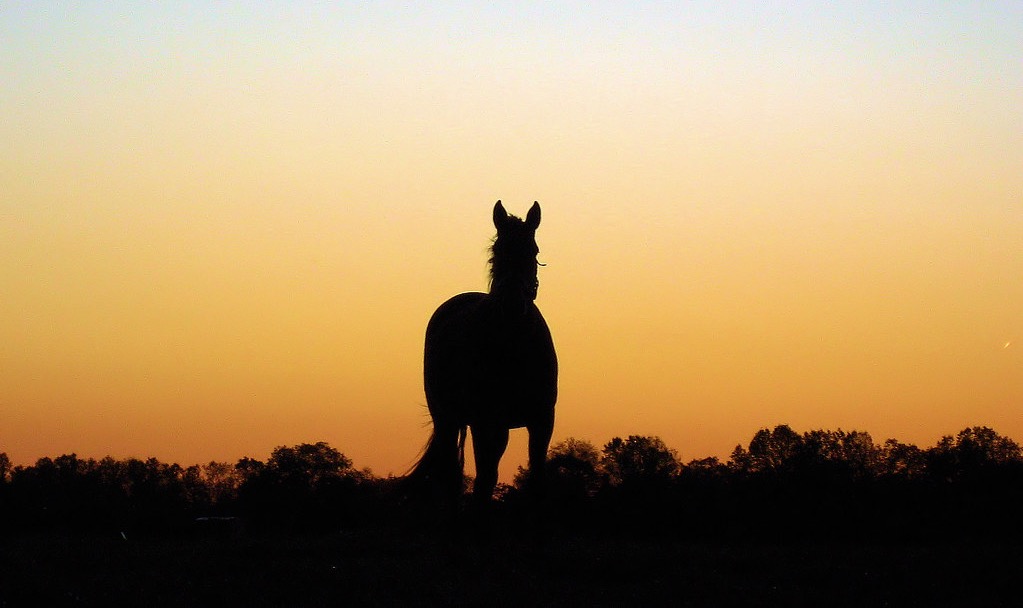 It seems that I’ve been blessed with a love for all horses. But some have, at times, been difficult to get along with.

For me, Bella had fallen into that category. Like many strained relationships, it was born of a lack of communication. Although she had been in my barn, on and off, for quite a few years, I really didn’t know her.

Bella was my daughter Samantha’s second horse, purchased after her first, Magic, had passed away as a senior. She came from a farm in northern Connecticut, the fruit of Samantha’s exhaustive Internet searches. She was as beautiful as she was young, only three years old when we met her.

Sam was 15 then, but we had both put in seven years with packers and schoolmasters, so with the help of a trainer, I believed her to be up to the challenge. They grew together.

Bella, a buckskin pinto half-Arabian, half-Saddlebred mare, turned heads wherever she went. She proved a bit difficult to handle, but her speed and keen eye coupled with Sam’s unshakable courage allowed them to do quite well in the local jumper shows.

Later, at a midwestern horse-centric college, the instructors there were not as enamored with Bella, resulting in frustration, a discipline change, and ultimately, in her not being used as much as we had hoped. At one point, she sustained an unexplained lower forelimb injury and came home to recuperate. Bella was given time off to heal.

During that time, Sam had begun training with my APHA gelding, DannyBoy, who had just come off of a two-year layup from his own injury. I was working with my recently rehabbed OTTB mare Lola. Our horse calendars were pretty much full.

Where Bella was concerned, the picture that came to mind when I thought of her in that period was of ears perpetually pinned flat back, occasionally with teeth bared. She was a cranky mare. I had a soft spot for her, but I never felt that my feelings were reciprocated.

Out of necessity, I had some experience in the years previous rehabilitating orthopedic injuries in my horses. The time had come to begin that with Bella. Despite living in my backyard for seven years, save the four semesters at college in Ohio, I had never ridden her. Feeling brave one day, I tacked her up and got on in our ring. She seemed fine and offered no surprises, so I continued our little experiment.

Over time, I developed a modicum of confidence with her. So when my plans to take DannyBoy to a local horse park were thwarted by a frustrating game of “catch me if you can,” I loaded Bella on the trailer instead for what I hoped would be some light walk-therapy.

Once there, with a tiny bit of trepidation, I took a deep breath, mounted up and we hit the trail.

“What horse is this?” I remember thinking as I tried to suppress the feeling that I was experiencing the calm before the storm.

From the outset, Bella walked on confidently with ears forward and alert, cupping backward in acknowledgement of the slightest of my aids. She was a natural and willingly blazed through thick overgrowth to detour around a fallen tree limb. I found she was a bit reluctant to get her feet wet or muddy, so at first the puddles proved a challenge, but she was otherwise brave, responsive and interested.

Not wanting to overdo things on the first day, we headed back to the trailer after about a half hour of walking.

And then it happened…

I untacked her and gave her a cool bath with a sponge and a bucket, scraping the excess water off so the remaining moisture could evaporate. I noticed that unlike most horses, she seemed to want her face washed and actively encouraged it.

As is my routine, I brought out my little picnic lunch and let her graze peacefully as I enjoyed it. She came over to investigate and gave me a look with love in her eyes so intense and so unexpected that it gave me shivers. She licked the side of my face and went back to grazing. I didn’t see her ears pinned once during our excursion.

In subsequent days, the increased attention she paid me was at first curious, then disarming. I was used to her being one way, and now she was acting another.

In one afternoon, a new friendship was formed. We had only needed some one-on-one time to forge it. The love had always been there; it was the “like” that we needed to work on and that can be hard when someone seems to not like you.

Sometimes, a little adversity forces us to work together and we discover something brand new—that was there all along.