The Making of Kent Farrington’s Kaprice 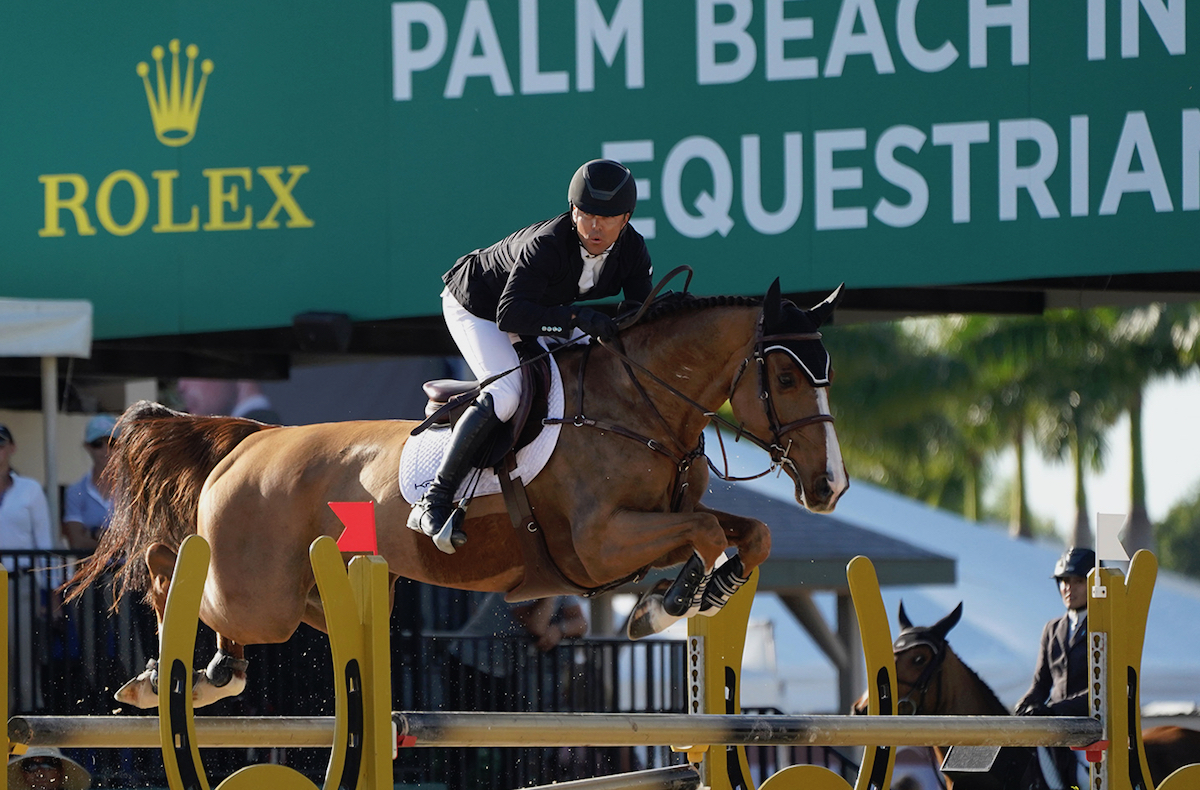 The word “caprice” is defined as “a sudden and unaccountable change of mood or behavior.”

Kent Farrington’s approach to training Kaprice, the chestnut mare in his string for the past three seasons, has been anything but.

Previously campaigned by Italy’s Lorenzo de Luca, Farrington took over ownership of the 2010 Belgian Warmblood in October 2017. It wasn’t until July 2018, however, that the pair made their FEI debut in a 1.30m class at a CSI2* in Samorin.

“I spent a lot of time not showing,” explained the U.S. Olympic team silver medalist. “She had a lot of blood and energy, so I spent almost a year playing with her on the flat and jumping really small fences to get her more manageable.”

The capricious mare has rewarded his patience with consistent clear rounds.

In their 36 international appearances since—a veritable world tour that includes stops in Rome, Britain, Italy, Canada, USA, and France; numerous 5* shows among them—Kaprice has incurred rails in only six classes, clocking in an impressive 83% clear round rate. This time last year, she logged a foot perfect season at the 2019 Winter Equestrian Festival (WEF) in Florida and followed it up with a fifth place finish in the Manama Rose Show Stakes 1.50m at the Royal Windsor Horse Show CSI5* in May, her best result of 2019.

“In the last year, she is coming into her own,” said Farrington.

That trend appears to be continuing into 2020.

On Thursday, Farrington and the now ten year old mare claimed their first ever FEI win capturing the $37,000 Equinimity WEF Challenge Cup Round 2 CSI2* in Wellington. They topped a 22-horse jump-off, from a marathon starting field of 103, to stop the clock in Oscar Soberon’s (MEX) short track clock at 37.44 seconds. USA’s Abigail McArdle took second on Victorio 5 in a time of 38.36 seconds.

“For this level of competition I’m producing younger horses, so for me it was more about what the horse is ready to do than how fast the class is going,” said Farrington. “Kaprice is naturally very quick, and she grows in her confidence off riding with a bit of speed because she is extremely careful. It’s an incredible horse and it’s all about keeping her confidence high.

“My plan is to grow her this season,” he continued.

Farrington intends to contest Saturday’s $73,000 NetJets Grand Prix CSI2* at WEF with Kaprice. It’ll be the mare’s second appearance under the lights.