Rowan Willis Likes a Challenge, Blue Movie Enjoys Being One 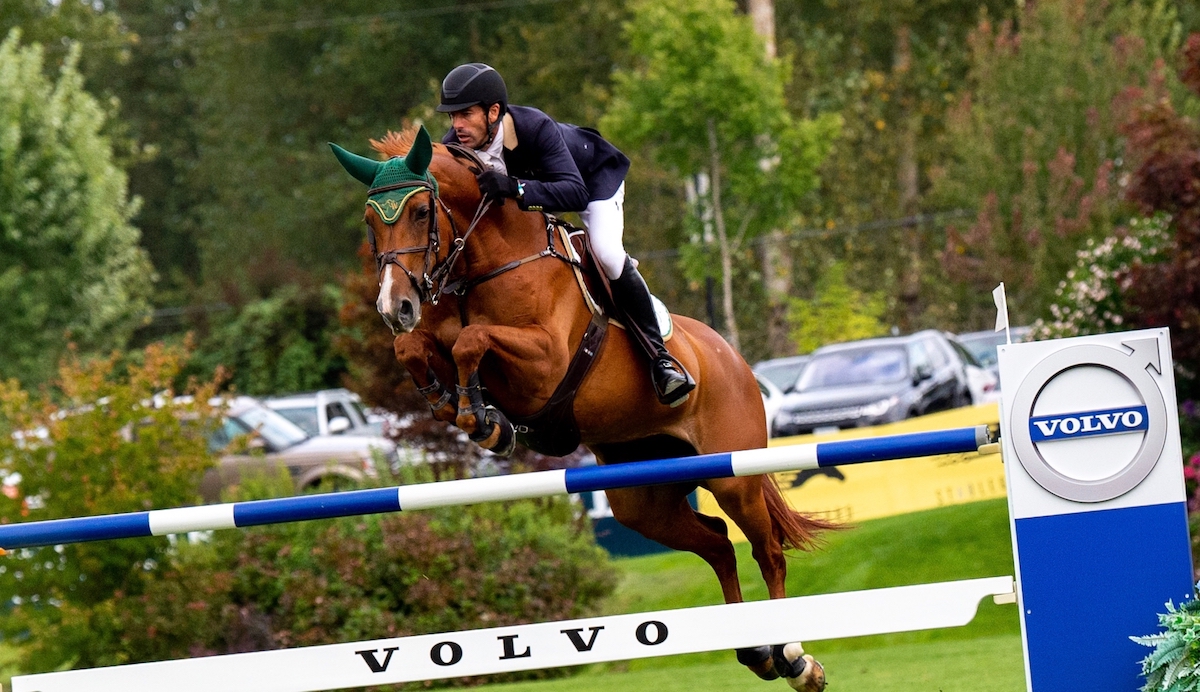 On paper, Rowan Willis’s mount Blue Movie was probably seemed like a bad investment for the first decade of her life.

Foaled in 2006 and bred by Sue Welch, the orange filly caught the Australian rider’s eye early on. But refused to be actually caught.

“Carrots [as she’s known in the barn] has always had something pretty special about her,” said Willis. “When she was a foal she was very alert and very strong. I fell in love with her straight away.”

Smitten, Willis tried to purchase her from the Welch’s, his employers at the time. His bid was ultimately unsuccessful. In hindsight, it may not have been the worst outcome…

“We actually couldn’t catch her until she was two,” he said. “She was a bit of a nightmare and then it took me a long while to break her in.

“I’m still kinda working on that maybe,” he added, ruefully.

Despite her difficult temperament, Willis remained convinced of the young horse’s potential. With his parents, David and Elsa, sister Renee, and friends Warren Coventry and Michael and Wendy Jackson, he managed to buy the mare as a five year old.

“I don’t know, there’s just something about her,” he reflected, “I just thought that if I could get her in the ring, I knew—I don’t know why I knew—that she would be good.”

Blue Movie, however, wasn’t in a hurry to prove his hunch correct.

“There’s been quite a few occasions when I’m riding her and I’ve tried to get her under order and shouted, ‘Why can’t you be normal?!'” laughed Willis. “But then I think, I don’t really want her to be normal. She wouldn’t be what she is if she was.”

It was four years—and more than a few exasperated moments—before they made it to their first 1* event.

“I took my time with her as a young horse. It wasn’t until she was nine that we kinda started to do a bit more in the ring and then she came along really quickly,” he continued.

Quickly is a gross understatement. Blue Movie and Willis contested their first international class in March 2015, a 1.20m class in Olivia (Spain). By November that year, she jumped her first World Cup—and finished third.

“She’s just so careful and quick, it’s a nightmare everywhere else except when I’m in the ring,” laughed Willis.

In the three years since, Willis’s unruly partner has been repaying his faith with clear rounds around the globe.

In 2016, they pair wracked up first place international finishes in Tetouan and El Jadida (Morocco) as well as Mostaganem (Algeria). In 2017, they claimed a 4* Grand Prix in Samorin and the World Cup Bratislava (Slovakia). They logged their first ever 5* victory in Gijon (Spain) that same year, followed immediately by a 5* Grand Prix win in Ocala (USA) in February 2018.

Then came their breakout performance on the world stage.

Blue Movie seized the world’s attention with a string of top finishes at the World Equestrian Games Tryon (USA), starting with a third place in the first qualifier. By the week’s end, the Australian team would take sixth (out of 25) overall, ahead of show jumping heavyweights Ireland, Great Britain, France, and Belgium. Willis and Blue Movie finished 12th individually.

And the trend has continued.

The consistently difficult mare—to this day, Willis mainly ponies her to keep her fit—remains his most consistent winner and is now also his richest one too.

Two weeks ago, Willis and Blue Movie earned their biggest paycheck to date with a second place finish behind Beezie Madden (USA) and Darry Lou in the $3 Million CP International at Spruce Meadows (Canada).

The 39-year-old rider believes there is plenty more to come.

“I feel she’s actually getting better, she’s maturing a bit, and getting stronger in her body,” said Willis. “I think because I can’t do a lot of work with her it’s taken a while to for her to get her strength. But hopefully, she’s going to go a lot longer than some of these horses that do too much when they’re younger.”

She’ll also stay with him longer. Willis was the first rider to sit on on Blue Movie and will very likely be the last.

“She’s my pet really, so it would be difficult to see someone else with her,” he shared. “She’s taken me all over the world and got me to some incredible shows and I certainly wouldn’t here without her.

“I’m very lucky to have her and, hopefully, there are some good times to come.” 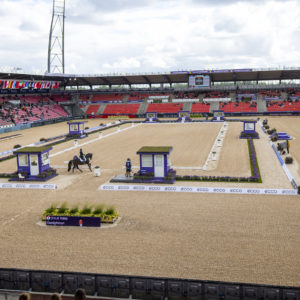 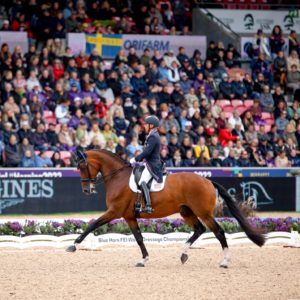 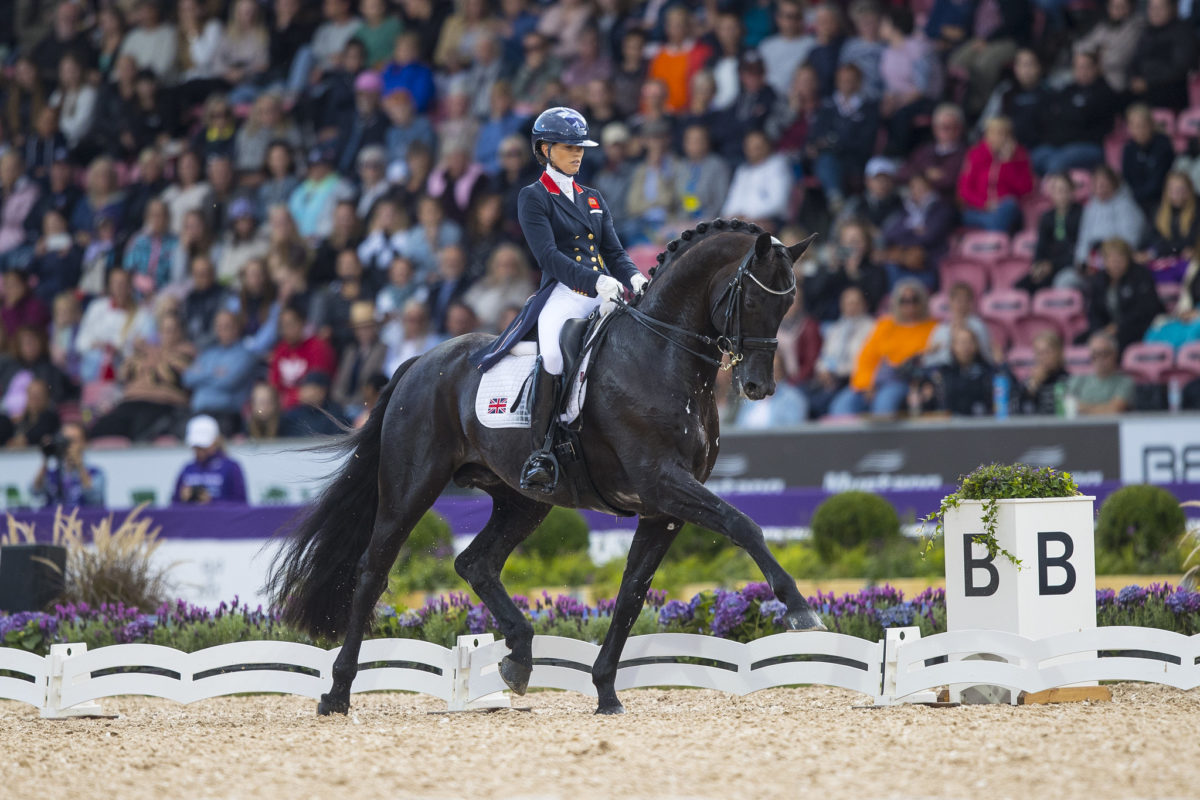