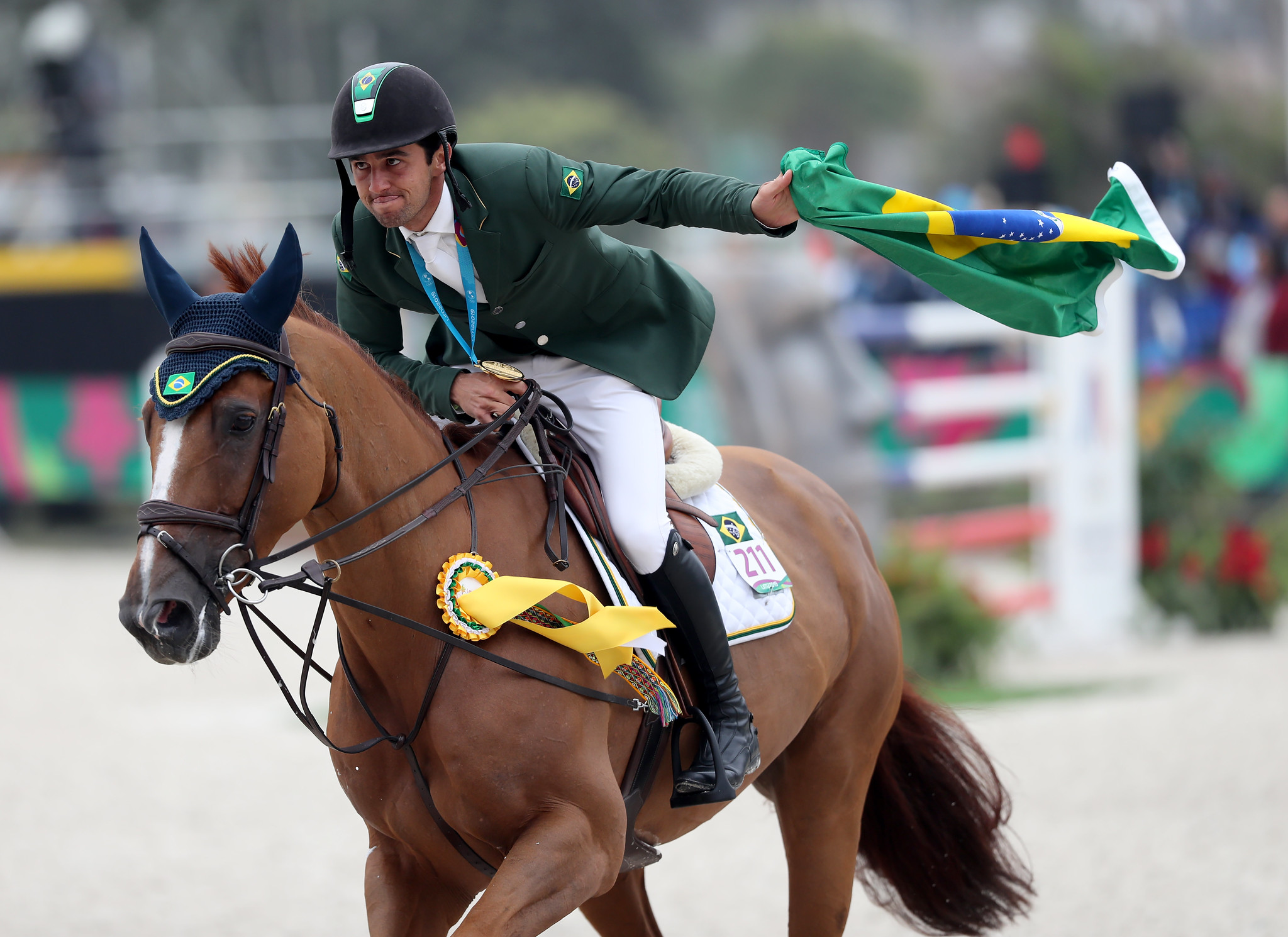 When Brazil hosted the 2016 Olympics in Rio de Janeiro, Marlon Modolo Zanotelli was not on the national team.

But even as he watched from the sidelines, the Brazilian was setting his sights on his next championship—the 2019 Pan American Games in Lima, Peru. He even had the horse picked out to do it, his then new mount, Sirene de la Motte.

This week, the moment Modolo Zanotelli has been dreaming of for two years became a reality that exceeded his highest hopes. The 31-year-old is leaving Lima with two Pan Am gold medals and a ticket to Tokyo for the Brazilian team.

It’s his first ever medal finish at a championship and he has the 13-year-old Selle Francais mare to credit.

“She’s a fantastic horse. She gives everything she can in the ring,” he said. “We like to say, ‘When you have a chestnut mare on your side, they are amazing. They really fight for you.’ She’s one of [those]. She really believes in me, and I believe so much in her.”

On Friday, he and Sirene de la Motte added an individual gold to his medal count, producing the only double-clear performance on the day.

“[Going into] the second round, I just tried to keep myself calm, because I knew if I gave my mare a good chance, she was going to jump a clear round,” Modolo Zanotelli said. “I had to keep my nerves in place.”

It was a second dream come true in three days.

“What I really wanted here was a medal—[whether] it was silver, gold or bronze,” he said. Luckily, it was the gold one today—another gold one!”