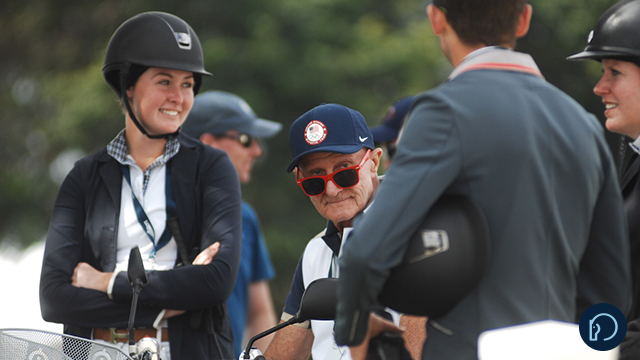 George Morris has been added to the U.S. Center for SafeSport “Banned” List.

A stalwart of equestrianism, Morris’s name is synonymous with show jumping. He’s widely regarded as the founding father of hunt seat equitation and served as chef d’equipe of the U.S. show jumping team for seven years (2005–2012), leading the Americans to victory in the 2005 Samsung Super League series, team silver at the 2006 FEI World Equestrian Games and team gold at the 2008 Beijing Games.

On Monday, Morris was listed as “permanently ineligible” to participate in United States Equestrian Federation rated competition and sanctioned activities by the U.S. Center for SafeSport due to sexual misconduct involving a minor. According to the Center, “Permanent ineligibility is the harshest sanction the Center can impose and is reserved for the most egregious offenses.”

In a statement reported by The New York Times, U.S. Equestrian spokeswoman Sonja Keating, said, “The Center investigated the allegations against Morris, found them credible, issued their ruling, and banned Morris for life.”

Morris has filed an appeal to the ban and, in a bulk email, denied the allegations, which purportedly date back four decades:

“I am deeply troubled by the U.S. Center for SafeSport’s findings regarding unsubstantiated charges for events that allegedly occurred between 1968 and 1972. I contest these findings wholeheartedly and am in the process of disputing them. I have devoted my life to equestrian sport and the development of future riders, coaches and Olympians. Any allegations that suggest I have acted in ways that are harmful to any individual, the broader equestrian community, and sport that I love dearly are false and hurtful.

“I share our community’s commitment to protecting the safety and wellbeing of all our athletes who need reliable guidance and encouragement at every level, of which I have provided for over 50 years. I will continue, as I always have, to proudly support equestrianism and its continued development around the world.”

There is no statute of limitation on SafeSport claims, nor any public record that details the specific nature of the claims. A previous statement by the Center addressed this point:

“The Center does not have a statute of limitations, as we disagree with those who seek to invalidate abuse that occurred many years ago. To change the culture of sport, individuals must be held accountable for their behavior, regardless of how long ago it occurred. The Center recognizes just how difficult it is for victims of sexual abuse to come forward, no matter the circumstances; the trauma of abuse is bad enough, which is why the Center works so hard to protect their privacy, allowing them to speak on their own terms, when and if they so choose.”

The lifetime ban is the fifth issued by the Center this year in equestrian sport, three of which have involved sexual misconduct within the hunter/jumper disciplines. Earlier in 2019, Robert Gage and John Lindstedt were also banned. Gage committed suicide days before his scheduled appeal hearing.