Clarion SN Is the Heavy D of Horses 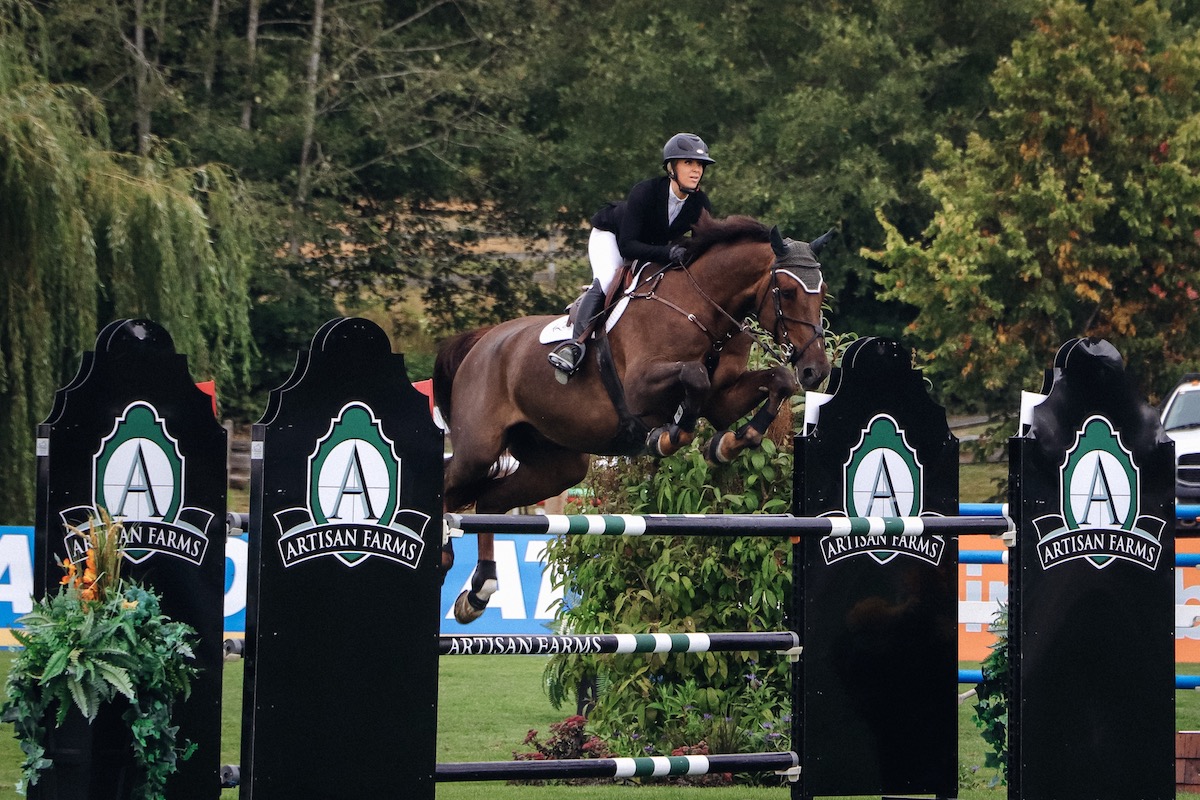 A clarion is an adjective that means “brilliantly clear.”

It’s also the name of a dinosaur-sized horse that jumped a brilliant clear for Canada’s Kristen Senger in the CSI4*-W Happy Welcome 1.40m at Langley’s Thunderbird Show Park on Wednesday.

One of five combinations to qualify for the jump off in the Peter Holmes’ designed course, Senger and Clarion SN were the first to return for the short course, stopping the clock at 39.94 seconds.

Their time held, earning the pair their first ever FEI victory together.

“It was fantastic,” said Senger. “We’re doing a little rebuild this week from last week so just went in with a nice slow round. He was super, jumped everything really good and made it to the jump off. [We] kind of took it easy in the jump off, didn’t really go too crazy and ended up with another super round.”

At 18.1 hands, Senger’s “gentle giant” is proving to be the Heavy D of horses—hard to miss and surprisingly light on his feet.

“I thought it wasn’t possible to have a horse this big that jumps. And jumps clean rounds,” she said. “But he’s actually quite light off the ground and fairly easy to ride considering how big he is.”

Just don’t expect the nine-year old to brave the trails. Clarion is a “puppy dog” in the stall and a contender in the ring, but go on a trail ride and the behemoth of a horse turns into a “big baby,” shared Senger.

“He’s very sweet. He always tries his heart out and we just love him,” she said, “…we just don’t go on a lot of trail rides.”

There is one distinct advantage to his elevated stature, though: he makes the jumps look small.

“Thankfully,” laughed Senger. “I don’t know if I’ll be able to jump a big course with a smaller horse now.”