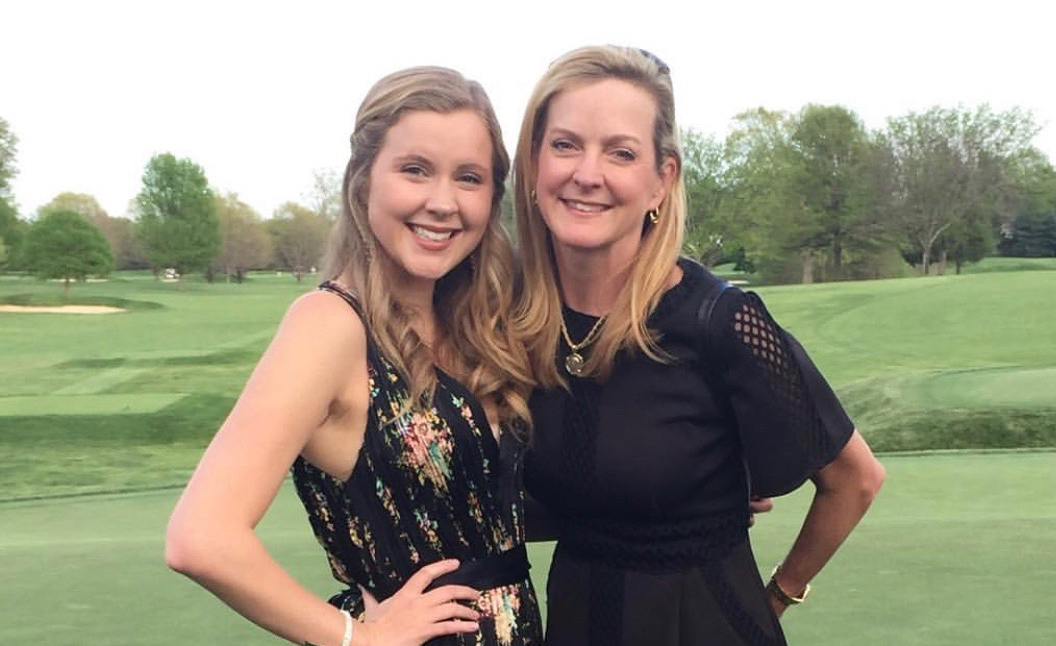 Lisa McLean has a masters degree in psychology, but when her career took an unexpected turn towards fashion she didn’t overanalyze.

“When I was pregnant, I left my job and basically just wanted a creative outlet,” said McLean.

Born from her craving to create was bella bliss, a women and children’s clothing line featuring classic, traditional designs with a twist that she started out of her Kentucky home. Her concept for the brand: seamlessly combine style with comfort and practicality.

There was just one tiny problem…

McLean had no prior experience in fashion design, sewing or business management.

“Honestly, I thought it would just be something I’d do at home,” she said.

Or perhaps that’s just the story she told herself.

Even before McLean started toying with pint-sized designs, there were signs of a latent entrepreneurial bend bubbling below the surface. In her previous job—McLean was director of the Youth Services Center in Frankfort, KY—she ran multiple programs, conducted home visits and wrote grants, among other tasks. Much like being an entrepreneur, it was a position that offered flexibility and extreme challenges. Some found her behavior suspiciously CEO-esque.

“Some of the teachers would comment on the fact that I never took a lunch break and was always multitasking and taking on different challenges,” she laughed.

What began as a home project soon extended far beyond her living room. McLean’s sister, who was living in Peru, found an opportunity to combine the business with the objectives of a grant developing jobs for women working out of their homes. bella bliss began working closely with family-owned factories, employing craftsman to handmake their appliqués.

McLean soon realized, too, how invested she had become in bella bliss. When the stock market crashed in 2008, jeopardizing even the most established companies, bella bliss was at a crossroads. There were only two paths they could see through the economic crisis: start selling direct to consumers, or simply concede.

“Up until then we had been a wholesale business. We kind of knew that we could do it— sell direct—and that it was another challenge,” said McLean.

“I wasn’t ready to fold at that point. We had worked so much that we kind of accomplished all of this organically. Maybe it was a pride thing, I’m not sure. We said, ‘We’ll give it a go and see what happens’.”

In the decade since, she’s shown no signs of slowing down. bella bliss releases collections four seasons a year (and is soon expanding!) As of this month, they are also the newest collaboration partner of HN Shop! The bella bliss x Horse Network collection features five equine-themed pieces for children, including sleepwear, sweaters and more.

While equestrian imagery is a common theme in the bella bliss line, McLean didn’t grow up in a horse family—she married into one. Her husband’s family owns Crestwood Farm, a full-service Thoroughbred breeding and bloodstock operation. As many know, once you step into the horse world it has a tendency to gallop away with you.

“I grew up in New Orleans, I don’t have any horse background at all. It’s an interesting business. I love it, but I don’t pretend to know everything about it. I’m just along for the ride and I’m learning as I go,” said McLean.

While her feet are now firmly planted in fashion, McLean’s early start in psychology wasn’t for naught. She was able to self diagnose Entrepreneur Syndrome. Symptoms include seizing opportunities, a thirst for learning, compulsion to do things oneself and no fear of challenge.